As restrictions tighten, the filter has become one of the last bastions of product differentiation. 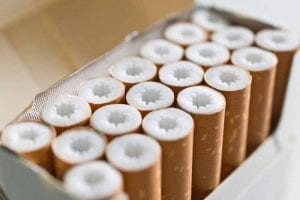 If you happen to live in Germany, you cannot help but notice the massive billboard advertising campaigns that Philip Morris International (PMI) and British American Tobacco (BAT) have been running since last autumn. (Yes, besides Bulgaria, Germany is the only EU country where tobacco billboards are still allowed). The posters feature new variants of the companies’ flagship brands, Marlboro and Lucky Strike, the eye-catching innovations being their filters.

Initially launched in Malaysia, Marlboro Advance Blue was the first Marlboro cigarette that came with a recessed filter, which is set back a few millimeters from the mouth end. BAT’s new Lucky Strike Flow Filters employ a different technology: Their tube filter is hollow until further down the filter tip.

Apart from sporting a different look, the two new tobacco products also come with added value for the smoker: They create a smoother taste and shift the staining observed on the cigarette mouth end away from the consumer.

Marlboro Advance follows in the footsteps of PMI’s Parliament brand, which was launched in 1931 and is distinctive due to its recessed filter. Introduced at a time when cigarettes had no filters, its specially shaped filter was originally part of an advertising campaign. Today the brand holds strong positions in a number of markets, including Japan, South Korea, Turkey, Ukraine, Russia and the United States. PMI uses recessed-filter technology also in its new-generation products. In November 2015, it launched Parliament HeatSticks for its iQOS device in Moscow. In early 2015, it had introduced a new line of L&M cigarettes with recessed filters in Russia.

BAT, too, has expanded use of its Flow Filter technology, which is now available also on Dunhill, Kent, Pall Mall and Rothmans cigarettes in several countries. Altogether, Flow Filter variants of its products are for sale in 68 markets. According to a recent investor presentation, tube filters have become a vital part of the company’s marketing strategy.

Both companies report significant volume growth in the category. Their innovations come at a time when increasingly rigid regulations have left cigarette manufacturers with few means to communicate with customers and make their brands stand out from the competition.

“As a result of new legislation concerning marketing restrictions and plain packaging, filters are one of the few components left for tobacco companies to utilize to differentiate themselves and communicate to the consumer,” says Patrick Meredith, innovations director at Essentra, a leading specialty filter provider. “Therefore visual differentiations, such as the shape and color of filters, are increasing.”

“The current market environment is driving cigarette companies to be innovative in product design and taste, more so than [in] novel packaging,” echoes Perry Aliotti, vice president of cellulose derivatives sales at Celanese Corp.

This aspect is expected to gain in importance especially in the EU, as the restrictions of the revised Tobacco Products Directive (TPD2) kick in. Among other things, TPD2 bans the use of “characterizing” flavors, prohibits mentholated cigarettes from 2020, and specifies in detail the size, shape and appearance of cigarette packs. The directive even leaves room for the introduction of generic cigarette packaging, which had already been announced in France, Ireland and the U.K. when TPD2 took effect on May 20. All these measures further reduce the range of marketing instruments cigarette manufacturers have at their disposal.

In response to tobacco companies’ desire to make their products stand out, filter and tow suppliers have significantly extended their product portfolios. This increases the flexibility required to support innovative products while maintaining the sensory experience and smoking mechanics—and meeting legislative requirements.

Essentra, for example, has launched its Icon range, dedicated to “visual differentiation.” The products allow tobacco manufacturers to include, for example, a thick, extruded cellulose acetate thread shaped with intricate designs in the center of their filters to suit individual brand requirements.

It is still too early to comment on the full impact of TPD2. For starters, cigarette companies have one year to clear existing stock. Nonetheless, Meredith is convinced there will be an impact. “Innovation in filters has and is continuing,” he says. “For example, tube filters have already seen considerable growth in markets and segments where differentiation in filters is beneficial. Likewise capsule filters are increasingly popular as consumer preference for flavor-on-demand product increases.” 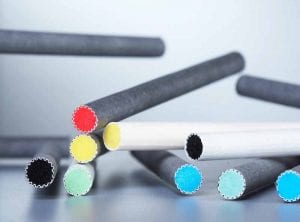 As disposable incomes increase, consumers become more interested in specialty products. “For example, Indonesia has a strong preference for kretek cigarettes, and in the Japanese, Korean and Russian markets consumers enjoy carbon filters for sensory reasons,” says Meredith. “As Japan is generally a very innovative market, we often see new products—such as capsule filters—launched and embraced earlier in this market. Additionally the U.S. has a very prominent market for mentholated cigarettes.”

Like all industry suppliers, filter and tow manufacturers are keenly aware of the declines in global cigarette sales. “Recently, the world demand for cigarette tow peaked and is now declining slightly,” says Aliotti. “Unless there are significant shifts in filter length, in filtered cigarette use in India, or in accelerated growth in developing markets, that trend is likely to continue long-term at a very slow rate. Tow suppliers have rationalized some capacity, but additional moves are expected at high-cost facilities. Celanese has a well-positioned global tow and flake footprint to meet future demands.”

Novel products, such as e-cigarettes and heated-tobacco devices, have yet to materially impact overall demand for filter tow—but that could change in the future. For the time being, suppliers of filters and tow continue to present new solutions that reduce toxicants in combustible cigarettes and provide a smoother taste. Celanese, for example, recently introduced a technology called CelFX. “This filter offers super-high levels of carbon in a rigid block form while retaining full tar delivery, a low draw resistance and minimal carbon taste,” explains Aliotti (also see “Active innovation,” Tobacco Reporter, March 2016.)

“Filter tow innovation remains a major factor in all regions of the world since the filter is the first thing a smoker sees when a pack is opened,” he adds. “Hollow filters, super- and micro-slim filters, and capsule filters all require highly specialized tow items.” 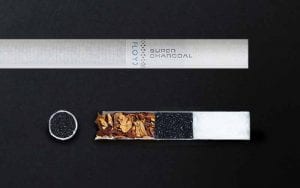 Flavor capsule technology has been one of tobacco’s most recent success stories. While EU sales of traditional mentholated cigarettes have declined in recent years, overall menthol market volumes have increased due to the performance of crush-ball products, in which a small capsule in or near the filter can be crushed to release additional menthol or other flavoring solutions. According to Euromonitor International data, sales of cigarettes with flavor capsules in Poland and Finland increased to 2.9 and 4.5 percent from 2.2 and 2.6 percent, respectively, between 2012 and 2014. (Poland and Finland were the leading traditional menthol cigarettes markets in Europe in 2014, with market shares of 19.5 and 19.1 percent, respectively.)

The first cigarette with a filter containing a menthol capsule was introduced in Japan in 2007. Today, a large variety of brands with capsules is available in many markets. Apart from traditional menthol, they come in different flavors and have been incorporated into diverse cigarette sizes, such as super-slims. The latest product launches even contain two differently flavored capsules.

“As with many other markets at the moment, consumers are demanding the ability to customize their own products,” says Meredith. “The tobacco industry is no different, producing customizable products primarily through flavor capsules and flavored filters.” For capsule filters, Aliotti adds, the basic material is decisive, too, since they require efficiency tow items to allow full airflow.

In addition to flavor capsules and tube filters, there are future opportunities within filters with smaller circumferences, Meredith says. “In fact, in recent years, super-slim filters—with circumferences under 15 mm—have shown strong growth in African and the Middle Eastern markets. Slimmer filters also provide advantages from a manufacturer’s point of view: Fewer materials result in cost-efficiencies, more sustainable products, and can help manufacturers to meet new tar and nicotine legislations.” 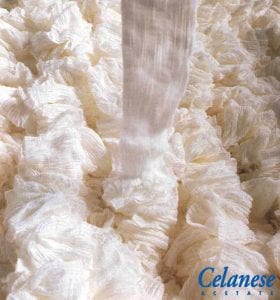 Meanwhile, Meredith has also observed a growing interest in sustainability among smokers. “Consumers are becoming increasingly conscious of their environmental responsibility, so it is only natural that we’ve seen a rise in interest in more environmentally friendly products,” he says. “We have seen a growing demand for more biodegradable plugwrap and paper filters, both of which reduce the time taken for cigarettes to break down after being discarded. Paper filters have a somewhat harsher taste, so there is an increasing interest in our Infused paper filters—offering consumers the higher tar retention and faster degradability speed associated with paper filters without compromising on taste.”

To meet these requirements, Essentra has developed the Ochre filter, which it says degrades three times faster than industry-standard cellulose acetate filters and uses no chemical adhesives to bond the fibers. Its distinctive natural end appearance creates branding opportunity while it retains higher levels of tar and nicotine compared to the standard mono-acetate filter and provides a similar taste to standard cellulose acetate filters, according to the company.

“We see the challenge [of degradability] more as a litter issue,” reflects Aliotti. “Celanese has a long history of research into filter degradation and technologies to speed the material breakdown, but nothing can make the filter disappear instantly when improperly disposed.  As of today, none of the industry-developed innovations have been commercialized.”