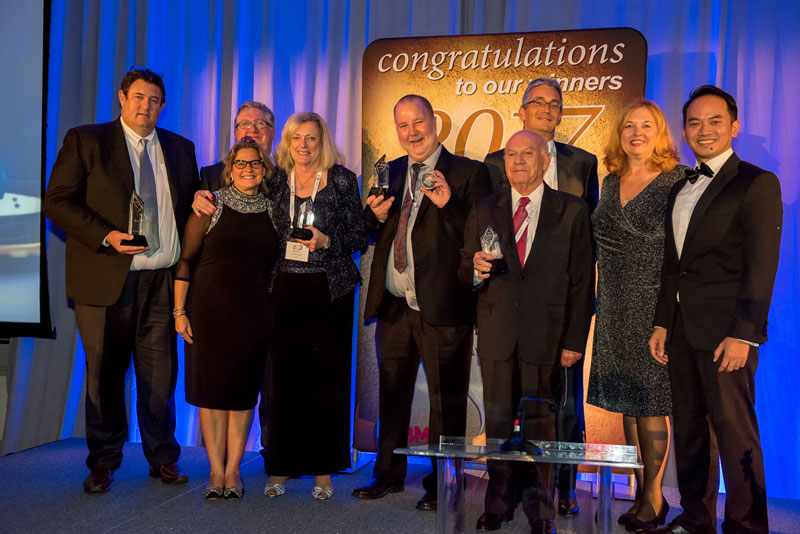 Tobacco Reporter handed out its annual Golden Leaf Awards during a ceremony at the Barclay Hotel in New York City. Recipients accepted trophies for accomplishments in five categories—Most impressive public service initiative, Most promising product introduction, Most exciting newcomer to the industry; Most outstanding service to the industry and BMJ most committed to quality. The Golden Leaf Awards are sponsored exclusively by BMJ.

Wiberg Solutions received an award in the “Most exciting newcomer to the industry” category for its sting-free snus.

Snus is widely acknowledged to be significantly less harmful than smoking and thus presents considerable opportunity for tobacco harm reduction. However, the stinging sensation associated with snus acts as a deterrent to many would-be users.

Company owner Bengt Wiberg develop a patch that minimizes the sting but retains the flavor.

With the sting eliminated, Wiberg believes that many more smokers might be able to move down the risk continuum.

Wiberg’s solution not only serves the cause of harm reduction, but is also a commercially attractive proposition. Incorporating the membrane into snus pouches adds very little to the cost of production, but allows manufacturers to charge a premium for their sting-free brand varieties.

The invention has attracted considerable attention already, and could easily be considered the greatest snus innovation since the invention of the pouch.

In 2009, JTI took control of a key part of it supply chain by vertically integrating its tobacco leaf business. The JTI Global Leaf function was created with a mission to source the best tobacco at the best cost to secure a reliable supply of high-quality leaf for the long term.

One of the countries that JTI sources from is Malawi, a major producer of burley.

Malawi is one of the world’s poorest countries. Its farming communities are fragile and their commercial outlook can be uncertain as they face various social and economic challenges that threaten their sustainability.

To assist its farming communities, JTI has designed and funded the implementation of activities that focus on three pillars—education, water and sanitation, health and wellbeing.

During an editorial visit to Malawi earlier this year, Tobacco Reporter witnessed firsthand the difference such programs have made in the livelihoods of tobacco farmers and their families.

Children previously working in the fields are now going to school; families who previously had to walk great distances to fetch water now have access to clean water in their villages; and many students have benefited from JTI scholarships.

As of June 2016, the company had provided 121 scholarships, constructed 66 boreholes and refurbished seven schools, while its new schools reached a whopping 12,000 pupils—and the investments continue apace.

The Fawky Abdallah Co. won a Golden Leaf Award in the “Most outstanding service to the industry” category.

Named after its founder, Dr. Fawky Abdallah, The Fawky Abdallah Co. has provided professional consulting services to the global cigarette industry for nearly half a century, covering topics such as leaf blending, harm reduction and electronic cigarettes.

Over the years, the firm has given a whopping 66 presentations and technical papers at national and international conferences in 17 countries in Europe, Asia and the Americas.

Its work has been translated into Spanish, Chinese and Russian.

The award recognizes The Fawky Abdallah Co.’s consistent contributions to the industry. By sharing its profound insights around the world, the firm has helped make knowledge accessible to large and small players alike.

Cerulean won a Golden Leaf Award in the “Most promising new product introduction” category for its SM450e smoking machine.

Throughout 2015, it became clear that FDA would be regulating e-cigarettes, yet many held out, hoping that this product would somehow be overlooked or that the grandfather date would be reset to 2016.

As a result, when the deeming regulations and the EU revised Tobacco Product Directive came into force, the industry was unprepared for the amount of testing required. Laboratories and manufacturers simply lacked the capacity to test every device and juice.

Its eight-port vaping machine could hold unusual shapes, press buttons and had space for impingers close the vaping device—but it lacked the required throughput. It’s 20-port smoking machine had high throughput but was not optimized for e-cigarette testing.

By blending the desirable elements of each machine, Cerulean was able to offer the industry an instrument that could perform the required tests at the required pace.

In addition to mechanical and electrical design, the development required a critical software rewrite to meet the FDA and TPD requirements, along with Coresta vaping methods.

The company not only developed an elegant solution, it also did so quickly. The first machine shipped less than six months after the initial brainstorming session.

Purilum won a Golden Leaf Award in the “BMJ Most committed to quality” category.

A combination of the words purity and luminous, the name Purilum expresses the company’s commitment to make products that reach the highest standards.

Purilum’s chief flavorists have more than 60 years of combined experience, which allows them to create round, full flavors using only materials that have been deemed suitable for inclusion by an independent toxicologist.

Ingredients are evaluated for their safety for use in flavoring food products. In addition, the company evaluates each e-liquid ingredient using inhalation as the route of exposure.

Purilum was one of the first manufacturers in the U.S. to have fully automated filling capabilities. Its futuristic North Carolina facility produces cartomizers and bottled e-liquids in a pharmaceutical-level quality environment.

To protect against contaminants and other impurities, e-liquid mixing and batching takes place in individual clean rooms. Meticulous care is taken to prepare, test and safeguard Purilum’s e-liquids, ensuring an adherence to future industry standards.

Testing standards are based on U.S. Pharmacopeia requirements and in-house benchmarks that come from decades of experience in various flavor industries, including tobacco, food products and other fast-moving consumer goods.