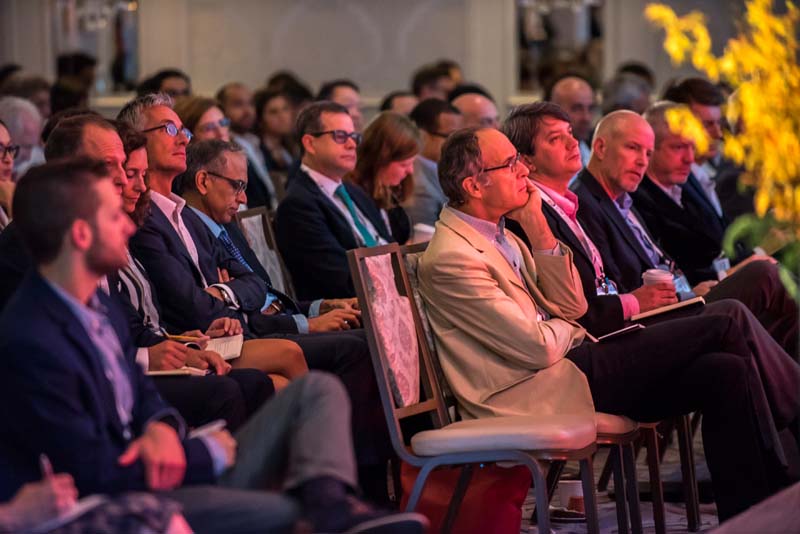 In September I will be going to the Global Tobacco & Nicotine Forum (GTNF), which is to be held in my hometown of London and sponsored by the publisher of Tobacco Reporter and Vapor Voice. I’m proud to attend, and I’m looking forward to it. But why should someone who, like me, has spent years fighting Big Tobacco and who has a public health agenda go to a conference that has such a heavy tobacco industry presence? The industry will be there in force, with representation right through the full supply chain: growers, leaf merchants, machinery suppliers, the multinationals, retailers, and beyond to the analysts, consultants and lawyers that form the industry’s commercial ecosystem.

Surely, with that lineup, this is exactly the event to avoid? And there is plenty of encouragement to avoid it, too. Official discouragement comes from the highest levels. Guidance to the World Health Organization (WHO) tobacco control treaty asserts that: “There is a fundamental and irreconcilable conflict between the tobacco industry’s interests and public health policy interests.” Why get involved if our differences are fundamental and our interests are irreconcilable?

But is that statement actually right? The lowest smoking rate in the developed world by some distance is in Sweden. According to the European Commission’s 2017 Eurobarometer survey, Sweden’s adult daily smoking rate is now down to 5 percent, compared with a 24 percent average in the European Union overall. Sweden has significantly reduced smoking-related disease rates to show for it. And the cause of this outstanding public health triumph? The primary cause is, unambiguously, is a smokeless tobacco product, snus, marketed by a tobacco company, Swedish Match. So how can the WHO’s principle be universally and permanently valid if it fails a reality test like Sweden?

But this is only the start. We are now facing the prospect of generalizing this Swedish experience at a far greater scale with new generations of reduced-risk products: vapor devices, heated-tobacco products, smokeless tobacco and novel nicotine products. I am convinced that a major disruption of the tobacco industry is now underway yet still in its formative stages. Take Japan. According to figures produced by Japan Tobacco (JT), cigarette volumes have fallen by an incredible 27 percent in the past two years. This is largely due to the rise of heated-tobacco products, led by Philip Morris International’s (PMI) iQOS, but with British American Tobacco’s (BAT) Glo and JT’s Ploom Tech in hot pursuit.

Look at the phenomenal rise in the United States of the Juul e-cigarette product, which reached 60 percent e-cigarette dollar market share in convenience stores and 42 percent by volume in only a few months, and it is starting to hit cigarette sales. According to Adam Spielman, the lead tobacco analyst at Citigroup, “the U.S. tobacco market is beginning to be disrupted by Juul.” But as Spielman points out in the same April research note, that fight isn’t over. In fact, it’s hardly started: “Altria and Imperial have launched products that are similar to Juul but sold at a discount.” Bring it on, I say. Imagine another 10 years of innovation and disruption: What will the market look like then?

But what about the conventional cigarettes? Yes, they are the entrenched problem and why there is so much hostility to the industry. But if you are rigorously pressing for health and welfare outcomes, what really matters is change, and who or what is causing and leading change. As public health advocates, we can choose to stand back and issue condemnations of a situation we don’t like. But if we are serious about health, we should invest our time and energy in changing that situation for the better.

So, we are entering a fascinating era, a time of major technology disruption and upheaval in the tobacco policy world. Many of us in public health can sense a huge opportunity: a pro-health restructuring of the consumer market for nicotine, leading the market from primarily combustible products to primarily noncombustibles. And without the inhalation of the byproducts of combustion, the risks to the health of consumers fall dramatically.

First, insights. I am constantly amazed by the conceit of many in the tobacco control world who claim to understand the industry but can somehow do this without ever talking to it. When 123 public health organizations recently called on PMI to “immediately cease the production, marketing and sale of cigarettes,” I was embarrassed by the naivety. Did they seriously not know why that is impossible and why, even if it were possible, it would achieve nothing? If your mission is change rather than position-taking, there is so much to learn. I want to know how they see reduced-risk products, who they take seriously in public health, where they are hurting and why, what’s in the pipeline, what affects their stock prices, what’s happening to the demand and profitability of cigarettes, and so on. It’s all under discussion at the GTNF.

Second, advocacy. I make no secret of it: I have an agenda. I want the disruption of the tobacco market to proceed at the greatest possible rate and the move to noncombustibles to be as fast and deep as possible. Conferences are an opportunity to make that case and to persuade others and, more humbly, to find out if your own ideas are useful or unworkable. One of the abiding myths in the public health world is that “Big Tobacco” is a thing. It isn’t. The companies compete vigorously with each other, and each company has factions and fiefdoms with rival visions of the future all competing for promotion and preferment. “Big Tobacco” is anything but a monolith under the direction of a single controlling mind. This is where coalitions of the willing can be forged. Public health advocates need to identify and encourage the people pressing for disruption from within, not just dismiss everyone involved as old-style evildoers as if this is somehow self-evident.

Third, engagement. It is always better to understand or at least listen to the perspective of others. I find contact with industry scientists, marketing and regulatory professionals and executives very worthwhile. It doesn’t mean I agree with or believe everything I hear. The public health side does not have a monopoly on truth and wisdom, and I am quite often surprised by what I hear at these meetings. Rather than bringing up quotes from decades-old industry documents as evidence of deceit or misconduct in the present, we need to listen to what insiders say about change in the industry, taking in the views of competitors, analysts, investors and critics. Businesses do business things for business reasons, and we in public health need to better understand what really makes them tick.

Fourth, challenge. It also provides a forum to lay out some hard truths about the business practices of the industry. There is little doubt that industry leaders want, with varying degrees of enthusiasm, to modernize and move out of the “merchant of death” business to the extent that they can, given their competitive environment and obligations to shareholders. But that will require a kind of contract with society along these lines: Yes, you can and must modernize the nicotine market, but no, you can’t carry on “flogging fags to kids in Vietnam,” as the U.K.’s Daily Mirror once memorably put it, just because you think no one is looking. Those days are over, and this is a forum to reinforce that message and call out bad practice.

I know that not all of my current and former colleagues in public health will accept this perspective. That’s their call, but I would like them to understand why many of us now think this is important. Public health is a tough discipline, with the lives of thousands, maybe millions, of other people on the line. So there should be a strong duty of curiosity: an imperative to think the unthinkable, to shake out our own long-held beliefs and not to let the threadbare cliches of tobacco control orthodoxy stand in the way of progress. The GTNF is a good forum to put that curiosity to the test and to feel the pulse of an industry undergoing a major disruption—a disruption that happens to be hugely positive for public health but challenges us to rethink society’s love-hate relationship with nicotine. 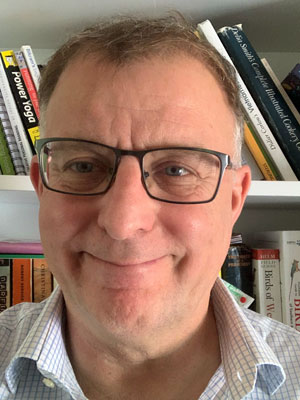