The clock is ticking. In April, the EU published the long-anticipated technical standards for its tobacco products tracking-and-tracing system. The system and its associated security features should be in place by May 20, 2019, for cigarettes and roll-your-own tobacco. Other tobacco products must comply by May 20, 2024.

The track-and-trace system is part of the 2014 revised EU Tobacco Products Directive (TPD2) and aims to reduce the prevalence of illicit trade, which amplifies the negative health effects of tobacco use, according to the EU. By making it easier for people to purchase tobacco products, the thinking goes, illicit tobacco products lower the barrier to consumption. Illicit tobacco products are often substantially cheaper than legal products, and they are less likely to comply with manufacturing standards and rules intended to discourage consumption, such as bans on certain ingredients and requirements to carry health warnings.

The illicit trade also causes governments to lose income. EU tax authorities miss out on an estimated €11.1 billion ($13.05 billion) in revenue annually because of tax-avoiding tobacco products. Making matters worse, the illicit tobacco trade is believed to fund other forms of organized crime, such as human trafficking and terrorism.

To combat illicit trade, the EU has come up with an intricate system to track all tobacco products in the EU throughout the entire supply chain, from the time they leave the production line until they are sold to the consumer at a retail outlet. Doing so, the EU hopes, will prevent stock from being diverted away from the official channels and out of sight of regulators.

Needless to say, developing an effective system for such a large and diverse market is an ambitious undertaking. According to the European Smoking Tobacco Association, tracking and tracing tobacco products in the EU will require monitoring the movements of around 29 billion packaging units per year, or 80 million units per day.

The system adopted by the EU requires each tobacco product to be marked with a unique identifier. In addition, each packet will have to be equipped with at least five different types of authentication elements. At least one of these elements must be visible to the human eye; at least one must be invisible—that is, detectable only with purpose-built tools or professional lab equipment—and there must be at least one “semi-covert” feature. The latter is invisible to the human eye but can be detected with nonspecialist equipment such as a UV flashlight.

The unique identifiers must be generated and issued by a national “ID issuer.” To ensure its independence from the tobacco industry, the ID issuer will be appointed by the government of each member state.

In the meantime, each manufacturer and importer of tobacco products will have to recruit a data storage provider to host the traceability data of its products. Upon approval of the primary data storage provider, the European Commission will select a secondary repository. This one will store a copy of all traceability data so that all member state authorities have access to a single data set showing all product movements within the EU.

Requiring unprecedented data transfers and a robust IT infrastructure, the EU’s plan has sent manufacturers and suppliers scrambling to reconfigure their tobacco production lines. Even before the technical standards were announced in April, engineers were drawing up solutions to accommodate every possible regulatory scenario. The track-and-trace requirements are challenging, especially for smaller manufacturers of noncigarette tobacco products, who tend to have fewer financial resources and less standardized product packs, which are harder to code with unique identifiers than cigarette packs.

One of the companies at the forefront of the effort has been Boikon of the Netherlands. The firm was founded in 1996 by brothers Jeroen and Erik Oosterhof, who started out by making technical drawings in the attic of their family home. One thing led to another, and the company quickly expanded into other activities. Today, the Boikon “family” includes 75 technicians and offers automated guided vehicles, robotics, machine vision and track-and-trace technology, among other high-end automation solutions. Its expertise extends to thermoplastic composite materials for the aviation business.

In addition, Boikon boasts considerable experience with automation in the pharmaceutical industry, a sector that is even more heavily regulated than tobacco. The track-and-trace requirements that will soon be required in the EU for tobacco products have long been commonplace for medicines. Leveraging its knowledge gained in the pharmaceutical business, Boikon has developed what it believes to be a suitable solution for the tobacco sector—the Djura.

The Djura laser prints unique identifier codes on tobacco products and instantly registers them in the appropriate databases at a speed of up to 160 packs per minute. According to Boikon, the system offers 99.98 percent efficiency and 100 percent reliability. Only two in 10,000 codes are applied incorrectly. Products with unreadable codes are rejected, and the codes can be reused immediately. This means that the manufacturer gets to use all of his prepaid codes—he will never “lose” one due to faulty printing.

Careful consideration has been given to the positioning of the coding machine within the tobacco production line. Boikon’s engineers decided that the best place is at the end, after the last reject, so that the codes would be applied only to finished products at pack level. “This position, in combination with the Djura, leads to a closed system, which is not susceptible to fraud,” says Erik Oosterhof. Finished-product coding also makes the system ready for the digital tax stamp that regulators are contemplating.

The Djura is an elegant solution because it does not require reconfiguration of the existing production line. A stand-alone unit, the machine can operate independently without having to communicate with upstream equipment. Its small footprint—less than 1 square meter—means it can easily be integrated into existing production lines. “We typically make room for the Djura by shortening an existing conveyor system,” says Oosterhof. The machine’s modular design also means it can be installed with minimal disruption to the production process. “We can get the machine up and running within one week,” says Oosterhof.

Importantly, the Djura track-and-trace technology can handle all types of tobacco packages, including pouches, tins and stand-up bags. Pouches and stand-up bags present a challenge to coding machinery because of their non-uniform shapes; they never present themselves in quite the same way. The Djura simply measures their position and then adjusts the laser accordingly. If a pouch is tilted, the laser will tilt along the same angle, and the code is applied correctly. With the push of a button, the operator calls up the “recipe” for the product to be coded, and the machine automatically makes the required adjustments.

Adding value, the Djura provides extra functionality, such as quality control and buffering capacity. “We can ensure the proper materials are on the production line, allowing the manufacturer to reject faulty product before it is bundled,” says Oosterhof. In case of a disruption in the production line, the Djura can buffer packages, minimizing stoppages and improving overall efficiency.

Judging by Djura’s reception in the marketplace, Boikon is on the right track. Thirty machines are already operating at tobacco factories throughout the EU, and the company has orders for an additional 35.

Oosterhof attributes the company’s success in part to its practice of doing everything in-house. Whereas other companies may outsource part of their projects to third parties, Boikon insists on developing its own technology. “The engineering, the controls, the after-sales—we do it all,” says Oosterhof. While outsourcing work may offer savings upfront, Boikon believes it can be costlier in the long run. “When we outsourced in the past, we frequently found ourselves re-engineering the technology, resulting in double work,” says Oosterhof.

Operating in-house, he says, offers several advantages. For starters, it gives the customer a single point of contact. “When there are problems, you avoid finger-pointing between contractors,” he says. It also offers the company more flexibility in resolving technical issues. Because the mechanical and electrical engineers work together under one roof, they can determine the most appropriate department to fix problems. “By doing things in-house you also retain the required know-how,” says Oosterhof.

This approach has clearly worked for Boikon. The payoff is reflected not only in the early success of its Djura track-and-trace technology but also in the company’s financial performance: Oosterhof expects Boikon’s turnover to double this year.

Taco Tuinstra is Tobacco Reporter’s editorial director. Based in Raleigh, North Carolina, USA, he coordinates the work of staff writers and contributors. On his watch, Tobacco Reporter has won several awards for editorial excellence. Since joining the magazine in 1997, Taco has visited more than 75 countries to meet industry representatives in their markets and to report tobacco news firsthand. 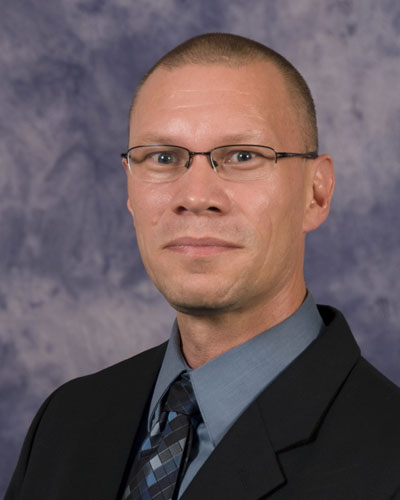