The nuances in the vaping debate have been drowned by the media hype.

In the past months, vaping has been under an unprecedented attack from the media, politicians and “health professionals.” Headlines have been filled with stories about a deadly lung disease, an “epidemic” of youth vaping and potential bans of flavored e-liquids.

But why the sudden media furor?

Last August, stories began to emerge from the U.S. regarding a mysterious lung disease that had started to affect multiple people. Information was sparse, but fairly quickly, both the Centers for Disease Control and Prevention (CDC) and the Food and Drug Administration (FDA) began to warn that this disease, which had by now killed more than one victim, was in some way vaping related. They advised that all vaping should cease—and thus the touch paper was lit.

However, it became clear early in these investigations that there was a conflation between vaping as an alternative to smoking and vaping as a delivery mechanism for illicit drugs. Many experts had already identified black market THC (the psychoactive ingredient in marijuana) vapor products as the likely culprit, specifically products that contained a substance called vitamin E acetate.

Yet both the FDA and the CDC continued to warn against the use of all vapor products because not all the patients had reported using THC. At this stage, something like 70 percent to 80 percent had admitted drug use, but many had not.

What could have stopped this confusion? It would be normal in such circumstances for the CDC to advise medical practitioners to take a urine sample from all the cases, allowing them to determine beyond a doubt whether patients had been using THC (or other drugs). But for some reason, this was not done, and they had to rely on people, who for many reasons may not be forthcoming, being honest.

As time went by, unfortunately, growing numbers of people were hospitalized with the illness, and the death toll was rising. By Sept. 11, President Donald Trump gave a speech in which he combined concerns about this outbreak with concerns about the much-reported youth vaping “epidemic” in the U.S. He said that his administration was worried about vaping and would consider a nationwide ban on vapor flavors to “protect the children.”

So now vaping was doubly under attack; both the mysterious vaping illness and the teen vaping problem were front page news, and the U.S. vapor market suffered a huge decline. Some reports estimate it to be down by 80 percent to 90 percent, putting thousands of small businesses at risk. Even the U.K. vapor business declined by an estimated 30 percent despite the fact that it didn’t experience a spike in youth vaping or an outbreak of vaping-related illnesses.

As the story unfolded, evidence piled up that black market THC products were behind the outbreak of lung disease. The illicit products contained vitamin E acetate, which is used to “cut” the product so that it vaporizes more easily and requires less THC distillate. Unfortunately, vitamin E acetate has oil-like properties and when inhaled, it can cause lipoid pneumonia. Oil deposits in the lungs and impairs their function, which can be fatal.

To the outside world, it was clear that this was a U.S. problem; no cases of this illness were reported outside of America. If the injuries were caused by legitimate vapor products used by consumers as a less harmful alternative to cigarettes, then vapers would have been falling ill all over the world—but they haven’t been.

By Oct. 4, the FDA realized the same and updated its warnings to say that consumers should avoid THC vapes. But the CDC waited to update its advice until December. Now both organizations are suggesting that consumers who vape as an alternative to smoking should continue—but it’s too little, too late. The damage has been done, and the headlines have moved on before health experts could correct the narrative.

Unfortunately, the U.S. seems to have a big problem with youth access to vaping. The situation in the U.K. is quite different. The latest statistics from Action on Smoking and Health show that just 1.6 percent of 11-year-olds to 18-year-olds vape regularly (once a week or more) and 1.5 percent were previously smokers. And note that these figures include 18-year-olds, who are legally allowed to buy and use the products in the U.K.

In the U.S., by contrast, 20.8 percent of U.S. high school students are classified as “current” e-cigarette users. The U.S. figures cannot be compared directly to those of the U.K., however. For starters, the FDA defines a “current” user as somebody who has vaped in the past 30 days. It is also rumored that the U.S. statistics include any type of vaping, including that of THC, so there could be some confusion on the actual numbers. Nonetheless, there has clearly been a much bigger uptake of vaping in the U.S. than in the U.K. But why?

The answer is regulations. The U.K. and the U.S. have very different rules for vapor products. The U.K. implemented the EU Tobacco Products Directive in 2016, and this brought strict regulations for electronic cigarettes. These laws ensure the quality and safety of the nicotine-containing products on the market. They ensure that devices and e-liquids are tested for safe emissions, do not contain banned ingredients (ones we know could be harmful) and impose nicotine limits.

The U.S. does not have anywhere near the same level of regulations. In August 2016, the country implemented its “deeming regulations” on vapor products. This meant no new product could be brought to market after Aug. 8, 2016, but those already available could continue to be sold until May 2020, by which time they must submit to the FDA a premarket tobacco product application. As of June 2019, all products on the market should have submitted information such as ingredients listings. However, there is as yet no list of banned ingredients or any testing requirements.

Most importantly, the U.S. does not restrict the amount of nicotine in vapor products. The EU and the U.K., by contrast, limit nicotine to 20 mg per mL of liquid. While some have argued that this may be too low to help the heaviest smokers switch from combustible cigarettes, the limit ensures that consumers don’t receive too much nicotine in one go.

In the U.S., there has also been a huge rise in the popularity of small “USB stick” devices, which use pre-filled pods containing 50 mg to 60 mg of nicotine per mL. This is too much for many adults, let alone for a teenager with smaller body mass who has not built up nicotine tolerance. Such a dosage essentially gives them a brief high. And this is a major contributing factor toward the youth access issues in the U.S.

Another big problem is caused by retailers who illegally sell these products to minors. It is right to be outraged by so many youngsters getting their hands on vapor devices, but the outrage should be directed at the illegal sellers not the products. After all, vapor products have saved the lives of millions of adults who would otherwise have succumbed to one of the many smoking-related illnesses that kill 50 percent of all smokers.

It’s been a hard year for the vapor industry and its customers. What’s worse, amid the media hype and confusion, many vapers have returned to smoking combustible cigarettes; 2019 might be the first year in decades that smoking rates have increased in the U.K. Needless to say, this is a disaster for public health and for tobacco control.

On the bright side, throughout the uproar, Public Health England has maintained its stance that vaping is 95 percent less harmful than smoking. It has defended flavors as playing a vital role in helping people switch from smoking combustible cigarettes, and it has cited regulations as a reason that the U.K. has been spared an outbreak of vaping-related illnesses.

This gets little coverage, unfortunately. We need the media to help get this message out to the hundreds of thousands of vapers who have been scared by these stories and reassure them that vaping is still far less harmful than smoking. 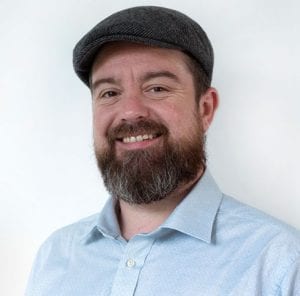 Dan Marchant is the owner of Vape Club and a founding member of the U.K. Vaping Industry Association