It’s a curious situation: In terms of vaping and snus regulation, the EU is like a distorted reflection of the United States. While in October 2019 the U.S. Food and Drug Administration (FDA) authorized Swedish Match to advertise eight of its General snus smokeless tobacco products as less harmful than cigarettes, the European Court of Justice (ECJ) in December 2018 reaffirmed the EU ban on snus sales, arguing that all tobacco consumption should be reduced and that snus could be a gateway to combustible cigarettes. In the EU, snus can be consumed only in Sweden, which enjoys an exception on cultural grounds.

In contrast, e-cigarettes are largely tolerated across the EU; in the U.K.—the EU’s largest vapor market—health authorities even actively promote e-cigarettes as quit-smoking aids. In the U.S., meanwhile, vapor products are increasingly demonized following an outbreak of vaping-related deaths and illnesses linked primarily to black market THC products.

Europe’s vaping landscape appears relaxed by comparison. The EU has thus far been spared the vaping sickness that has caused least 2,400 injuries and 50 deaths in the U.S. Although e-liquids are available throughout the EU in many flavors—including the sweet dessert-like tastes that have been termed “child-appealing” in the U.S.—there seems to be less concern that vaping is a gateway drug luring otherwise uninterested teens into a lifetime of nicotine use.

Studies published by the German e-cigarette trade association Verband des eZigarettenhandels in June 2019 show that only 0.9 percent of 14-year-old to 17-year-old Germans use e-cigarettes—down from 2.8 percent one year earlier—despite the rapid growth of the segment and the continuously expanding availability of products.

When U.S. President Donald Trump called for a ban of all nontobacco flavored e-liquids in the wake of the vaping scare, Public Health England (PHE) reiterated its stance on vaping, which it considers to be 95 percent less harmful than traditional smoking, as a cessation tool.

While the U.K. remains a forerunner in terms of vaping policies, PHE’s approach is nevertheless symbolic of the different attitudes on both sides of the Atlantic. In the U.S., numerous tobacco lawsuits over the past decades have contributed to the perception of e-cigarettes as a potential gateway to smoking combustible cigarettes. Conversely, the EU has embraced vapor products as a tool to discourage smokers from consuming the significantly more hazardous combustible cigarettes. By doing so, the economic community acknowledged the continuum of risk concept. It also drew inspiration from harm reduction initiatives in other areas, such as HIV prevention. Instead of embracing prohibition, many EU countries sought to limit infection by providing drug users with clean needles and sex workers with condoms.

Contrary to the U.S., the EU admitted e-cigarettes to the market under strict regulations. Article 20 of the EU’s Tobacco Products Directive (TPD2) sets safety and quality standards for vapor products and refill containers. Among other things, it restricts the amount of nicotine to 20 mg per mL of e-liquid. By comparison, the most popular vapor product in the U.S., Juul, contains 59 mg per mL of nicotine.

Furthermore, the TPD2 limits the capacity of e-cigarette tanks to 2 mL and the maximum volume of cartridges to 10 mL. The directive prohibits the use of certain ingredients, including taurine, colorings and caffeine in e-liquids. Vaping liquids that contain THC, the psychoactive constituent of cannabis, or vitamin E acetate, the two substances that have been singled out as likely culprits for the vaping-related illnesses in the U.S., are hard to find in Europe.

The TPD2 also regulates the packaging and labeling of vapor products. For example, mandatory health warnings advise consumers that they contain nicotine and should not be used by nonsmokers. Packaging must include a list of ingredients and disclose the product’s nicotine content.

The legal age for purchasing vapor products is 18. E-cigarette advertising in print, on television and radio is limited, and vapor companies are prohibited from targeting teens. Before marketing their products in the EU, manufacturers and importers must register them electronically. In general, it is the responsibility of the producer to ensure that their products comply with the TPD2.

“Due to the characteristics of e-cigarettes, and in particular their nicotine content, it was deemed appropriate to consider them as tobacco-related products and to include them in the scope of the directive,” says Vivian Loonela, spokesperson of DG Sante, the European Commission’s Directorate-General for Health and Food Safety. “Given the lack of conclusive evidence related to the long-term health effects of e-cigarettes, their use patterns and potential to facilitate smoking cessation, Article 20 of the directive adopts a careful approach to their regulation, allowing these products to remain available to consumers.”

Thanks in part to this cautious regulatory approach, vaping has become increasingly popular across the EU and contributed to a decline in smoking, most notably in the U.K. According to an annual population survey, smoking prevalence among adults aged 18 and over in England declined by 5.4 percentage points from 2011 to 2018. In 2011, 19.8 percent of adults smoked, falling to 14.4 percent in 2018, equivalent to a drop from 7.7 million smokers in 2011 to 5.9 million in 2018. Action on Smoking and Health (ASH) estimates that around 7.1 percent of Great Britain’s adult population, or 3.6 million people, currently use e-cigarettes. Although the decrease in smoking came at a time when stricter tobacco control measures, such as plain packaging for combustible cigarettes, were implemented, e-cigarettes are believed to have played a significant role in the decline.

The European Commission has managed to regulate new nicotine-delivery devices without full scientific evidence about the long-term health effects of the new products. While not claiming that vapor products are harmless, the commission proceeded on the assumption that they were a less hazardous alternative to traditional cigarettes. In this light, the EU’s negative attitude toward snus is difficult to comprehend. Snus is pasteurized oral tobacco that is available as loose products or in small pouches and has been used in Sweden for about 200 years. When Sweden applied for EU membership in 1995, it was exempted from the snus ban on cultural grounds.

Sweden stands out internationally because of its low smoking rates. According to Statista.com, 7 percent of Swedes smoked in 2016. Across the EU, the figure was 25 percent during that period. Sweden also has remarkably low rates of tobacco-related illnesses among men, low smoking-related mortality rates and the lowest risk of lung cancer among industrial countries—even though the country’s overall tobacco consumption is comparable with that of other European countries.

This paradox is widely attributed to Swedish tobacco users’ preference for snus over cigarettes. In contrast to the young e-cigarette category where little is known about the long-term risks of vaping, the long-term health effects of snus have been documented by a plethora of epidemiological studies over the past decades. While not risk-free, using snus is associated with lower risks of cardiovascular diseases and cancers than smoking. Studies have shown that the change from combustible cigarettes to snus brings about a drastic decline in health risks and that snus use is not related to oral cancer. According to research, using snus is about 90 percent to 95 percent safer than smoking, which puts the product basically on par with e-cigarettes.

Despite this scientific evidence and the similarities between the e-cigarettes and snus in terms of their potential for harm reduction, the ECJ endorsed the snus ban last year. “There should be no confusion between use of snus and use of electronic cigarettes,” says Loonela. “With regard to the latter, the commission continuously monitors developments related to e-cigarettes, including emerging scientific evidence. This information will contribute to the implementation report on the directive that the commission is required to submit in 2021.”

The snus ban, she says, is appropriate considering the directive’s objectives—to facilitate the functioning of the internal market and protect human health. “It is undisputed that oral tobacco is addictive and has adverse health effects,” says Loonela. “The negative health effects of snus and other types of smokeless tobacco were confirmed by the Scientific Committee on Emerging and Newly Identified Health Risks in 2008. The committee concluded that all smokeless tobacco products contain carcinogenic substances, albeit at different levels, and are associated with a number of adverse health effects. It was further concluded that smokeless tobacco in all its forms can cause cancer, increases the risk of death after myocardial infarction and is addictive.”

That argument is remarkable considering that the sale of combustible cigarettes and other smokeless tobacco products remain legal in the EU. Loonela acknowledges that there is no harmonized EU approach on harm reduction. “The commission has consistently given the message that e-cigarettes pose a risk to health and snus is banned in the EU, with the exception of Sweden,” she says.

The EU stance on snus resembles the “quit-or-die” attitude advocated by the World Health Organization. In upholding the snus ban, the ECJ followed a line of reasoning strikingly similar to that put forward by proponents of an e-liquid flavor ban in the U.S. The court argued that if snus products were introduced to the EU market, they would be novel compared with already available combustible products and smokeless products, and they would accordingly be attractive to young people.

By upholding the ban on snus, the EU has missed a chance to implement a consistent tobacco harm reduction policy. A 2017 study by the Swedish Snus Commission found that if every EU member state had the same tobacco-related mortality rate as Sweden, around 355,000 lives would be saved each year. 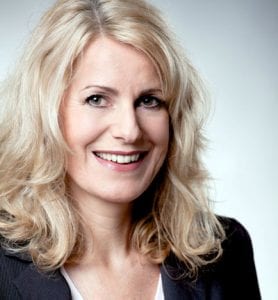 An experienced trade journalist, she combines sharp reporting skills with in-depth knowledge of the tobacco and vapor industries.

Prior to joining Tobacco Reporter, Stefanie was editor-in-chief at Tobacco Journal International, where she worked for a decade.

Fluent in English, German and French, Stefanie covers tobacco news around the world. She is based in Germany. 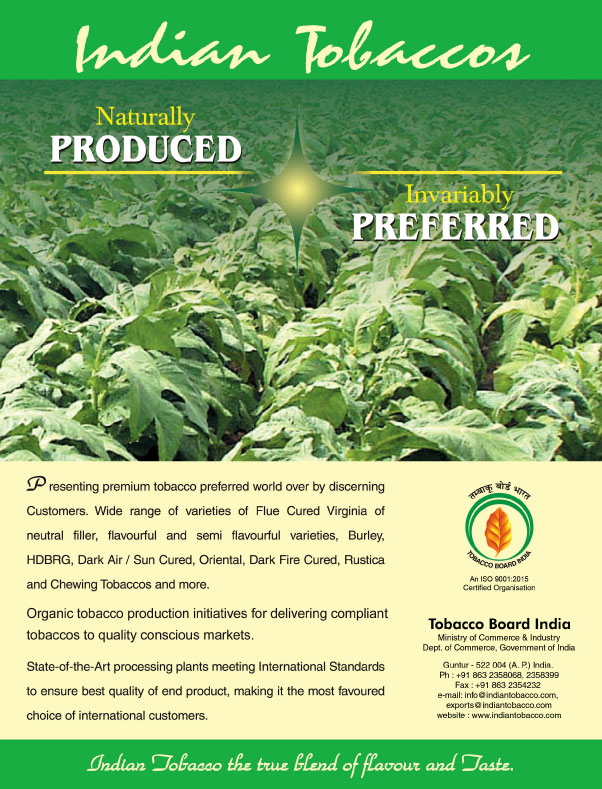