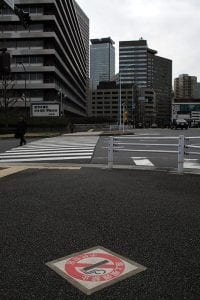 JTI repositions itself for a changing tobacco landscape.

The year 2019 marked another milestone in the industry’s attempt to balance the familiar world of tobacco with that of next-generation products (NGPs). Between September and December, the world’s three leading tobacco manu- facturers announced comprehensive restructuring plans to make  their  operations  fit  for  the  new  realities. Together, Japan Tobacco International (JTI), British American Tobacco (BAT) and Philip Morris International (PMI) will cut more than 5,350 jobs around the globe.

JTI  alone  will  lay  off  3,720  employees,  or  more  than 8 percent of its global workforce, over the next three years. The measure will also hit JTI’s Geneva headquarters where about a quarter of the company’s 1,100 employees will be let go. The company said that it would create 1,300 new positions by creating global business centers (GBS) in Warsaw, St. Petersburg and Manila. The centers will provide support and management services to the company in finance, marketing and sales, research and development, legal matters and the supply chain. With around 850 workplaces, most new jobs will be created in Warsaw.

According to Antoine Ernst, senior vice president and chief transformation officer at JTI, the benefits of the GBS will be enhanced service levels through specialization, increased speed of the service delivery to the business and harmonized processes with simpler interfaces and integration of systems. Those benefits will lead to efficiencies and will allow markets and corporate functions to further concentrate on consumer and customer needs.

The transformation will take up to three years to implement. “The world and our external operating environment change at a very fast pace,” says Ernst. “This creates tensions but also new needs and opportunities. Our business operations, structures, services and product offerings will continuously adapt. We must be fit and agile to take full advantage of the changes and transform these opportunities [into] superior growth realities. The main goal of the JTI transformation is to be more competitive. It will improve our operating standards while investing and developing leading skill sets, ways of working and commercial capabilities needed for our future success. This is a continuous improvement road map with a clear focus [on] giving more and better tools to differentiate the JTI portfolio and win the consumer battle.”

“All businesses are under fairly constant pressure to change and improve,” comments consumer staples specialist Jon Fell, principal at Ash Park. “While this restructuring should produce important savings, it’s also about improving the speed and efficiency of the organization and bringing in new skills, particularly digital ones.”

This expertise will be essential for JTI: The company emerged in 1999 as the international arm from the privatization  of  the  Japanese  tobacco  monopoly,  which  took place in 1985, and grew through mergers and acquisitions to become the world’s No. 3 tobacco company. In 2017 and 2018, the Japan Tobacco Group (JT Group) acquired five major tobacco companies for about $6 billion. Today, around 60 percent of the JT Group’s operating profits come from its international division.

JTI has a wide range of tobacco products and vapor products in its portfolio. In addition to global cigarette brands, such as Winston, Camel, Mevius and LD, JTI offers shisha products under its Nakhla brand, snus with its LD brand, rolling tobacco under brand names such as Amber Leaf and Old Holborn, and cigars including the Hamlet brand. The company recently launched Nordic Spirit, a nicotine pouch, in Scandinavia, the U.K. and Switzerland. The product does not contain tobacco and can thus be legally sold throughout the European Union, which bans regular snus in all member states bar Sweden.

In  the  vapor  market,  JTI  is  represented  through  its Logic range of e-cigarettes including Curv, Pro, LQD and, recently, Compact.

JTI  says  that  it  continues  to  innovate  and  expand  in the vapor category. Between 2015 and 2020, the firm will have invested $2 billion in the category. The company also expanded a number of its R&D facilities and factories to include its range of reduced-risk products (RRPs). It also has a new digital division to manage its online marketing and sales platforms. In RRPs, JTI is present in 28 countries, which together account for almost all global sales of the category.

The company’s priorities in the coming years are to pursue ambitious growth, to raise the bar in RRPs and to prioritize its investments through innovation, organic growth and acquisitions both in conventional tobacco products and RRPs.

While its international business has done comparatively well, the company’s domestic market has declined in recent years.  With  a  share  of  61.8  percent  in  2018,  according to Statista.com, JTI’s parent company Japan Tobacco (JT) continues to dominate the Japanese tobacco market. But its cigarette sales volume shrank by 8.5 percent year on year to 63.2 billion sticks between January and October 2019. While the company’s adjusted operating profit for the international tobacco business grew at a constant 10.2 percent in the third quarter of 2019, adjusted operating profit for the Japanese domestic tobacco business decreased by 4.3 percent due to unfavorable cigarette volume during that period, JT said.

The environment in Japan has changed significantly for smokers over the past years. Increasing taxation and the introduction of restrictive legislation in preparation of the 2020 Tokyo Olympic Games have considerably impacted consumer behavior. Introduced in 2018, the Health Promotion Law aims to restrict smoking in public in order to reduce exposure to secondhand smoke.

Compared to other industry nations, Japan still has a high rate of smoking, especially among adult males. According to JT’s annual survey on smoking, the percentage of male and female smokers in 2017 was 28.2 percent and 9 percent, respectively. Since the time of JT’s privatization, the male smoking rate has dropped by more than half.

The most drastic decline in smoking, however, occurred after the introduction of a new product category. According to a study by the American Cancer Society published in June 2019, the rate of decline in cigarette sales accelerated from 2 percent per year from 2011 through 2015 to 10 percent per year for the same period. The 2018 report “No Fire, No Smoke: The Global State of Tobacco Harm Reduction” (GSTHR) revealed that cigarette sales volumes in Japan fell 14 percent from 2016 to 2018 and a further 13 percent in 2018.

The acceleration was triggered when PMI began test marketing its IQOS heated-tobacco product (HTP) in 2014. Japan presented a near-optimal environment for such a product. Japanese consumers are known for their health consciousness, their love of innovative products and their tech savviness. What’s more, Japan prohibits the sale of nicotine vapor products, which means there is little competition from other alternative products.

Although the initially rapid growth of HTPs decelerated after February 2018, the new category continues to churn the country’s tobacco sector. JT estimates HTPs to account for 30 percent of Japan’s overall tobacco market by the end of 2020 compared to 21 percent in 2018.

Japan represents about 85 percent of the global $6.3 billion HTP market, according to Euromonitor International. With a 71.8 percent share of the Japanese HTP market in 2018, IQOS continues to be the incumbent, according to Reuters, but it faces increasing competition. BAT’s Glo held a share of 20.1 percent in 2018. JT’s Ploom Tech, the second to enter the market, accounted for 8.1 percent of the country’s HTP market during 2018 and approximately 9 percent during the third quarter of 2019.

Unlike competing products that heat tobacco directly, Ploom Tech generates vapor that passes through a capsule filled with granulated tobacco. While it emits far less sidestream smoke than other HTPs, some consumers have found its taste too weak. In January 2019, JT introduced Ploom Tech+, which the company says offers richer flavor and improved satisfaction. Its Ploom S heats tobacco sticks directly. To boost sales, the company also started offering starter kit sales at half price.

Both products are designed to give a stronger taste and to lure back those who tried Ploom Tech but stopped using it, Mutsuo Iwai, head of JT’s domestic tobacco business, told Reuters at their launch. He also stated the company intends to become No. 1 in the Japanese HTP market, arguing that a success in the world’s largest HTP market would lead to success globally.

“In time, JT can be a strong competitor in tobacco heating, but it is currently a little behind its main rivals, and it may take time and several product iterations for it to really get this category right,” says Fell.

The man leading the JT Group through its transition is Masamichi  Terabatake, a JT veteran who took over as CEO in early 2018 and earned his stripes by integrating the company’s two largest overseas acquisitions—R.J. Reynolds’ international business and Gallaher. Before taking the helm, Masamichi spent much time in JT’s strategy division where he was also responsible for NGPs. In an interview with the Financial Times, Masamichi described the challenges a company with decades of expertise in a low-tech sector faces when it has to “become brilliant” overnight in the field of handheld consumer electronics. While the traditional cigarette business ends with the sale of the product, NGP manufacturers must develop an ongoing relationship with their customers; an entire ecosystem must be established around the new devices.

“I think the CEO is right,” says Fell. “The route to market is different, and there are more options for marketing these products, including via digital channels. Consumers switching for the first time from combustible products might need some guidance and ongoing support. There are different supply chain challenges because you have to coordinate the availability of devices along with the consumables, which can present forecasting challenges. And the innovation cycle needs to speed up—it’s important to have visibility on the product pipeline several versions ahead, and companies prob- ably have to work with external partners more often than they have been used to with conventional cigarettes.”

Apart from making greater inroads into the NGP segment, one of Masamichi’s tasks will be to broaden the company’s geographical footprint, which is presently focused on Japan, Russia and Europe. The group has already started to expand into emerging markets with recent acquisitions in Indonesia (Karyadibya Mahardhika), the Philippines (Mighty Corp.) and Bangladesh (the Akij Group’s tobacco business).

To stimulate further growth, JT will remain on the lookout for acquisitions, albeit perhaps through smaller deals as opportunities for larger acquisitions have dwindled in the wake of industry consolidation. Fell is optimistic. If the JT Group gets its strategy and execution right, he says, “there should still be plenty of room for growth and value creation in its core business.” 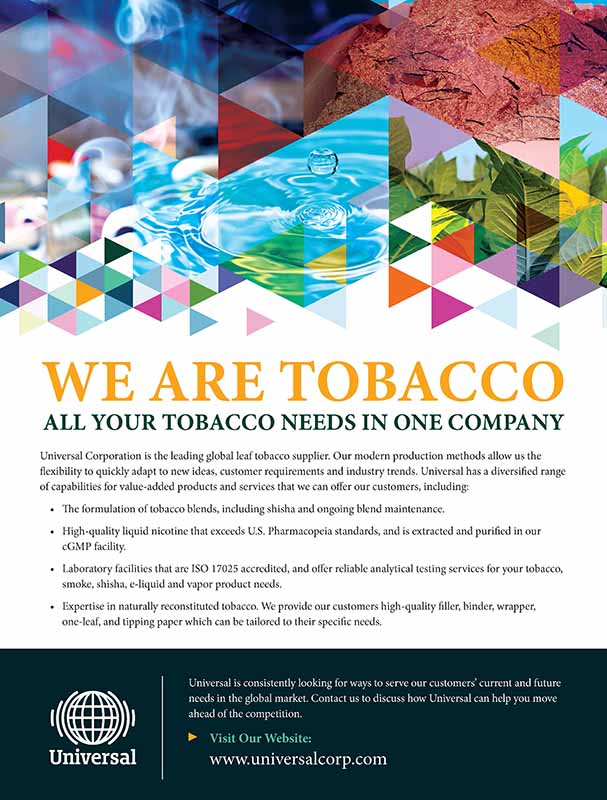