The legal cannabis business has not yet lived up to the frothy expectations generated at the start of the boom, but the growth narrative remains.

By any measure, 2019 was a roller coaster year for the nascent legal cannabis industry. It began the year surfing on the tsunami of full recreational legalization in Canada and some significant corporate investments in the space and exited the year staring down the barrel of the next dot-com bubble. There is little question that irrational exuberance and at times lamentable execution by major legal companies has slowed the industry’s momentum, but the fundamental growth narrative remains. Legal cannabis interacts with underlying consumer drivers such as desires for authenticity, customization and responsible intoxication in a way that legacy substances such as tobacco will increasingly struggle to.

While data discussions on a young industry whose fortunes are fluctuating as rapidly as those of legal cannabis need to come with significant caveats, it is clear that today’s global legal cannabis industry is a small sector with a very narrow geographic and category presence. The anticipated growth story up to 2025 is characterized by expansion in terms of legalizing states, available product types and consumer profile—fueling a potential increase of more than 1,000 percent in global legal sales from $12 billion in 2018 up to $166 billion by 2025.

Any forecast of this type in a rapidly evolving segment is built on the back of assumptions. First, Euromonitor International is projecting in this estimate that U.S. federal legalization will have occurred within this period—a reasonable though by no means certain forecast—driving legal sales in the U.S. to reach $60 billion. Second, this set of data points to a significant structural realignment of total cannabis demand in developed global markets. In 2018, about 8 percent of the global demand for cannabis was filled legally (20 percent in the U.S. and 1 percent in Europe). By 2025, Euromonitor International believes that a combination of wider legalization in North America and Europe as well as the  rapid  entry  of  new  consumers  accessing  higher  value goal-orientated products will sharply diminish the share of the black market (from around 90 percent in 2018 to less than 50 percent in 2025).

The ongoing struggles of the legal producers in Canada and the U.S. to lure consumers away from the black market stand as a counterpoint to this assumption. Without question, greater product and pricing variation will be required from companies in order to accelerate a shift from the black market, but it is already clear that regulators need to play a role in enabling the legal segment to compete with, in many cases, a very sophisticated and entrenched illicit trade on price, potency and communication with consumers.

The structures and management of leading legal global cannabis producers (currently dominated by Canadian organizations) has come under close scrutiny in recent months as the industry begins to shift some focus away from awareness and capital raising and toward execution. The characterizing feature of legal cannabis company activity to date has been ubiquity across the value chain as vertical integration is either mandated and/or incentivized by regulation or perceived to be desirable to prospective investors. This means that many of the largest cannabis companies are seed-to-sale operators to the extent of controlling their own retail outlets.

In fact, the industry is also marked out by a form of horizontal integration, or strategic maximalism, whereby companies are simultaneously balancing different areas of operation: developing  portfolios  in  both  medical  cannabis  and  CBD  while also seeking to prepare for an eventual transition into lifestyle adult use; investing in plant production while at the same time touting crop alternative innovations such as biosynthesis; and, in the case of Canadian licensed producers (LPs), building a domestic infrastructure while engaging in costly land grabs in international markets with uncertain regulatory outlooks.

Increasingly in the global industry, one-stop shops will cede to meaningful segmentation. The deep complexities and rapid technical innovation at all stages of the cannabis supply chain mean that the narrative of the next five years of industry growth will be one of disintegration and targeted focus by companies adding value in specific areas from agritech and IP-protected product formulations through to hyper- sophisticated consumer positioning.

Finance continues to be a major (and growing) issue for cannabis companies. The legal fog surrounding the modern cannabis industry, exemplified by the U.S.’ patchwork of regulatory frameworks and laws such as the U.K.’s Proceeds of Crime Act, means that cannabis companies operate in a much more constrained funding environment than comparable startups in other sectors. The proposed SAFE Banking Act would do much to regularize the status of legal companies in the U.S. and ease access to funding, but there is no doubt general liquidity has constricted within the industry, combining with poor execution to prompt strategic scaling back and redundancies.

Large public institutions such as pension funds and global asset managers have been absent from the arena either by choice or mandatory exclusions in their criteria, meaning that plant-touching cannabis companies have relied on a combination of early stage angel venture capital or family office investments. Retail investors own a significant proportion of companies that have gone public, a phenomenon that is in part responsible for the volatility in company share price movements over the past 18 months as investors with this profile are less likely to hold a long-term aspect and are more susceptible to the vagaries of category and strategy execution evolution.

Volatility in the public markets

We have seen this manifest itself very clearly on the public markets throughout the last year. Fueled by Constellation’s investment in Canopy Growth, an intensive hype cycle began to peak around the time of recreational legalization in Canada in October 2018 and pushed legal cannabis company valuations to stratospheric levels from which they have since sub- sided in no uncertain terms. In May 2019, Canopy Growth—a company that is unlikely to be profitable before 2021—had a market capitalization of $17 billion; this compares to a market cap, at the same point, of $24 billion for Imperial Brands, which in 2018 recorded net revenues of $10 billion.

This level of illogical ebullience was punctured decisively in 2019 by the slow evolution of legal markets in North America and execution and governance issues among leading legal producers. Scandals, such as Cann Trust’s illegal growing operations, or management restructurings, such as the removal of high-profile industry figures Bruce Linton and Cam Battley from their roles at industry leaders Canopy Growth Corp and Aurora, have shaken the investor base as well as signaled that the industry is now moving into another, perhaps more deliberative, phase of growth.

Democratization and control key to innovation

On the product side, late 2019 saw the industry move into a new phase with the launch of so-called Cannabis 2.0—edible and beverage products—in Canada. It remains to be seen whether the legal industry there can convince consumers to flock to their 2.0 portfolios in the face of competition from a black market that does not comply with the same regulatory restrictions on potency—particularly in the case of edibles—but undoubtedly, format expansion will be one of the key drivers of future industry growth.

More broadly, product innovation in the industry must adopt democratization as a mantra offering consumers as broad a range of formats, potencies and price positionings as possible. Second, in the context of a general public that associates any cannabis use with “being stoned,” emerging products need to reassure consumers that cannabis can work in a targeted, consistent way that enhances their lifestyles rather than impedes them. Dose control in delivery format (and the related onset/offset issue) and end-state positioning (function certainty) is central to this effort both from the viewpoint of ensuring efficacy but also imbuing consumers with the confidence to explore cannabis offerings.

The tobacco and cannabis narrative remains

So what of tobacco and cannabis? A year ago in this magazine, I wrote about a synergistic future in which tobacco companies have morphed into pleasure substance providers using newer technologies, such as vaporization, to deliver a wider range of rebalancing substances to consumers looking for increasingly sophisticated responses to the challenges of modern life. Despite the challenges of 2019 in terms of sluggish cannabis industry growth, the adulterated THC oil crisis in the U.S. and its attendant pressure on nicotine vapor, this remains firmly my view of the future of the tobacco industry. Imperial Brands’ investment in Canadian licensed producer Auxly, which explicitly put its vaporization technology at the heart of the revenue thesis, is a confirmation of this direction of travel.

For tobacco companies, the crisis in the U.S. renders clear federal legalization of cannabis more important than ever, but it does not denude the argument for entering a regulated market of its logic. The execution failures of major companies in the space will certainly give pause to any corporates contemplating major investments in existing players, but they do not under- mine the potential power of well-developed, organic strategies in cannabinoids. The travails of a rapidly emerging segment should not obscure the longer term opportunities unlocked in the wake of legal cannabis’ creative destruction. 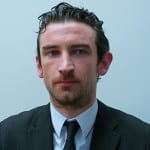 Shane MacGuill is the head of tobacco research at Euromonitor International.