Shifts in consumer sentiment are giving some traditional products a remarkable modern edge.

Going back a while, I was regularly told during visits to India that the country’s tobacco consumers would in time move away from traditional products, such as chewing tobacco and bidis, and toward (combustible) cigarettes, which were frequently described as representing the “modern” form of tobacco consumption. Thinking about this now, I suppose a post-modernist would have described such a suggestion as representing the ideology of an elite group trying to establish, in its own interests, the cigarette as the cultural norm. And that post-modernist wouldn’t have been too far from the truth, though she needn’t have worried unduly, especially in relation to the Indian market. Even though globally, though not in India, combustible cigarettes represent far and away the most common form of tobacco consumption today, they are in decline, and, I think, few people would describe them as modern.

The sorts of products that might today be described as modern would be, for instance, heat-not-burn (HnB) devices, which are sleek in form and technically advanced in function, delivering nicotine to the consumer without the need to set fire to the tobacco they contain. But our post-modernist might raise the same objection in relation to these products as she did in relation to the idea that combustible cigarettes were modern. That is, the promotion of HnB products is merely an attempt by the more or less same elite group to establish these devices as the cultural norm, though the group could reasonably argue that, in this case, such promotion is also in the interests of the smoking, and perhaps the wider, population.

But our post-modernist would have a hard job making such a complaint about Oliver Twist, though the question that would arise with this tobacco product is: Is it modern? I would argue that it is modern, though I also know that it isn’t. Let me explain.

To be sure, Oliver Twist, which has been owned by Swedish Match since April 2018 when it bought House of Oliver Twist, does not have the look of a modern product, being devoid of lights, buttons and programmable devices. It is an oral tobacco product that today is manufactured in what is described on the product’s website as a process that uses advanced technology alongside the same types and levels of craftmanship that were employed when it was first produced in 1805. This “spun” tobacco product is described as comprising “tobacco bits,” a phrase that does not seem to have tripped off the tongue of a modern corporate marketing guru, and it is sold in tins that inevitably have a retro look.

But in many important ways, this is a modern product. For instance, it can be used as a harm reduction device. Most people who have studied such things in an objective way agree that the consumption of oral tobacco products is generally less harmful than the consumption of combustible cigarettes, and in the case of some oral products, this becomes far less harmful. These tobacco bits—about 1 cm long and 0.5 cm in diameter—can simply be enjoyed or, as in the case of electronic cigarettes, used to quit smoking. They are discreet in use, so they can be used almost anywhere.

But perhaps one of their greatest claims to modernity is that, in an age of concerns about the environment, their positive credentials are indisputable. The product comprises bits of tobacco made from manually harvested leaves and flavors that are sold in tins. In addition, the product is manufactured in Odense, Denmark, close to its major markets in Scandinavia.

Also underlining Oliver Twist’s claim to modernity must be its seemingly bright future. After all, demand must be an important guide to what is modern. The company said in an emailed reply to questions that the future would see a “growing demand for smokeless tobacco in general and … a growing demand for a quality product like Oliver Twist.” This seems to add up. There is a growing market for oral tobacco in Scandinavia, and Oliver Twist is already sold elsewhere in Europe and the U.S. Restrictions on the use of other tobacco and nicotine products must at least give it a boost in other markets, especially those with a tradition of oral tobacco use.

Other tobacco products (OTP), by which, for the purposes of this story, I mean tobacco products that fall outside the cigarette and RYO/MYO categories, tend to have relatively good environmental credentials. Poschl Tabak’s snuff, for instance, comprises only ground tobacco moistened with essential oils of various flavors and paraffin, and one of the keys to the product’s quality is simply time—allowing the moisturized ground tobacco to undergo a cold fermentation process.

So again, this is a centuries-old product that can make claims to modernity through its environmental credentials but also because it is discreet to use, so it transcends most modern anti-tobacco laws.

According to Poschl, snuff is the oldest tobacco consumer product in the world—one that has been popular for many centuries in Asia, Africa, America and particularly in Europe. But, at the same time, Poschl says, its snuff tobaccos—English menthol snuff—are in rising demand, which stakes another claim to its modernity. “Apart from Europe, our focus is directed to Africa where we recently inaugurated our newest subsidiary company, Poschl Tobacco South Africa PTY Ltd., and launched a new product called NKWE,” which was specially developed for that market, the company said in an emailed reply to questions from Tobacco Reporter.

Again, there is a mix of tradition and modernity. Poschl’s classic Bavarian Schmalzler snuff, described as dark in color, medium-fine grained and relatively moist, takes its name from the fact that it used to be refined with clarified butter: Butterschmalz. But, admittedly outside of the OTP category as defined above (and falling outside the German tobacco tax law), Poschl also offers a tobacco-free snuff powder.

Poschl, which is headquartered in Geisenhausen, Germany, also offers the OTP products pipe tobacco and chewing tobacco along with additive-free cigarettes and RYO and MYO tobaccos. Although it already has a presence in about 100 countries, it is in an expansionary mood, believing that the trend toward additive-free tobaccos will continue. “[W]hile the main focus has been on Europe so far, we were recently able to generate new growth in South America and will work to make use of the strong potential of the Asian market in the future,” Poschl said. “We have only been active in the duty-free business for a few years now and delivered to about 100 airports worldwide already last year.”

Pipe tobacco is an interesting OTP in that its environmental credentials are good, especially where it is sold in tins. But it has yet another claim to being modern in that it can be seen as being part of the slow movement. According to Wikipedia, the slow movement began with Carlo Petrini’s protest against the opening of a McDonald’s restaurant in Piazza di Spagna, Rome, in 1986, which initially sparked the creation of the slow food movement. Over time, this developed into a subculture of movements in areas beyond food. Indeed, given the long history of the consumption of pipe tobacco, it could be seen as being part of the slow movement even before anybody realized there was a need for such a thing.

Of course, partly because it is not an organized undertaking, the slow movement is little in the media’s eye, though it is keen on running endless features on how to avoid the rat race. So people are generally still laboring under the impression, put about by those modernists with equity in such matters, that speed is all the go. The aim is to have 5G—whatever that is—available around the world so that even those sitting in the most remote cove can livestream on their smart phones rubbish entertainment in garish colors while doing stress level raising banking, updating their Facebook pages and uploading never-to-be-viewed-again pictures to computer clouds, the maintenance of which is contributing significantly and increasingly to climate change.

Such activities are seen these days as normal while a person sitting stress free in that same cove watching the waves and enjoying a pipeful of tobacco (assuming he was allowed to do so) would be seen as rather odd. But if we are going to solve the world’s problems, it is going to happen through this sort of quiet reflection. Rushing about is the problem not the answer.

Cigars can be seen in a similar light. They come in all sorts of shapes, sizes and packaging, but, generally, I think, they are sound on an environmental level. And, especially the bigger format cigars, like pipe tobacco, they provide space for reflection.

Of course, reflection shouldn’t be an end in itself. If you reflect for hours, you possibly have a decision-making disorder, so it is probably the case that the founder of Joh. Wilh. von Eicken, Johann Wilhelm, had it about right when, according to the company’s website, he decided “to create tobacco products that give people moments of enjoyment and a pronounced sense of joie de vivre.”

Von Eicken offers both pipe tobacco and, since its 1991 takeover of the German tobacco manufacturer Dingelstadt, machine-made small and large cigars as well as cigarettes and RYO/MYO tobacco. It manufactures its products at factories in Lubeck and Dingelstadt, Germany, while offering them on every continent in more than 100 markets.

The company said in an emailed reply to questions that while it was a small player within the global tobacco industry, it had the potential to grow. Asked about the future demand trend of its OTP products, the company said that quality would continue to be important. Quality at a fair price would be the key to success, it said. Furthermore, von Eicken’s customers valued its flexibility in developing products for individual markets.

In this regard, von Eicken has recently launched Pipers Club Cigar, which it describes as being “a completely new approach in the cigar world as this product offers an unbeatable price quality ratio.” In addition, with the recent launch of Chapman Super Slim and King Size Little Cigars, it says it has introduced a flavor hybrid product that is specially designed for Eastern Europe and Asia.

Again, what is on show here are traditional, established products with good claims to being modern, and these are from von Eicken, a company established in Germany in 1770 that is now celebrating its 250th anniversary.

The writer would like to thank the following, listed in alphabetical order, for their help in preparing this story: Thomas Nellemose, area sales manager for the House of Oliver Twist; Rafal Rembowski, head of export for Poschl Tabak; and Peter Witzke, head of export for Joh. Wilh. von Eicken. 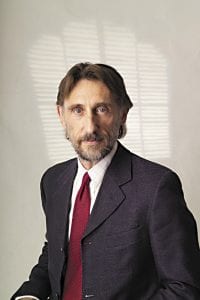