It’s one of those rankings no one wants to lead. With 59 percent of total tobacco sales, Malaysia in 2018 had the world’s largest illicit cigarette market, easily outdoing the next four countries, Brazil (50 percent), Ecuador (41 percent), Panama (34 percent) and the United Arab Emirates (33 percent).

The data stem from a study published by Oxford Economics last June, which had been commissioned by British American Tobacco (BAT). The report estimates that the number of black market smokes sold in the Southeast Asian country totaled the equivalent of 598 million packs of 20 cigarettes each, compared to an estimated consumption of about 417 million legal packs.

According to the study, Malaysia’s contraband problem caused the country’s treasury to miss out on MYR5.1 billion ($1.24 billion) in tax revenues in 2018. This equates to more than 2.9 percent of the country’s total tax receipts during that period and is almost twice the tax revenue Malaysia’s government collected from legal cigarette sales, which Oxford Economics estimated at MYR3 billion that year.

The situation has worsened since, as a more recent report, the long-term Illicit Cigarettes Study (ICS), carried out on behalf of the Confederation of Malaysian Tobacco Manufacturers for the past 15 years, suggests. Between June and August this year, an estimated 3.1 billion sticks (64.6 percent of the total market) were smuggled into the country, contributing to a record 12 billion illicit cigarettes to be consumed this year and an estimated loss in tax revenue of MYR6 billion, according to ICS. With approximately 66 percent of cigarettes sold in the market being smuggled, Malaysia reached a new high in July.

While the size of Malaysia’s illicit tobacco sector has been considerable for years, it exploded after the government introduced an excise tax hike of almost 40 percent in 2015. In 2015, 22.8 percent of Malaysia’s roughly 32.77 million population smoked, with males having a significantly higher prevalence than females, according to the country’s National Health and Morbidity Survey. Since the Oxford Economics study, overall cigarette consumption, however, has increased by another 5 percent. The country ratified the World Health Organization’s Framework Convention on Tobacco Control in 2005, but has not signed the associated Protocol to Eliminate Illicit Trade in Tobacco Products.

Between 2012 and 2018, the specific excise duty on cigarettes nearly doubled to MYR400 per 1,000 cigarettes. The government also implemented a minimum price of MYR10 per pack. In late 2019, the health ministry proposed to raise the minimum price to MYR15, a suggestion met with harsh criticism by the local tobacco industry in light of the country’s unabated increase in contraband cigarettes.

In 2018, the average price of a pack of 20 legal cigarettes stood at MYR15.87, the Oxford Economics report says, compared to MYR4.50 for the illicit equivalent. The vast price differential makes illicit cigarettes particularly attractive to households in the bottom 40 percent of Malaysia’s income distribution. In 2016, they had to spend more than 17 percent of their daily income to buy a pack of legal cigarettes, whereas a pack of illegal smokes at the average illicit price would have cost them only 4.8 percent of their daily income.

The combination of affordability and easy availability of contraband tobacco products largely contribute to the thriving of the black market. Malaysia, whose territory is separated into two similarly sized regions by the South China Sea, has long coastal lines, isolated jetties and long, porous borders that facilitate smuggling. The country’s peninsular part shares a land and maritime border with Thailand and maritime borders with Singapore, Vietnam and Indonesia, whereas its eastern part neighbors Brunei, Indonesia, the Philippines and Vietnam. Almost three-quarters of illegal cigarettes come into Malaysia from its nearest neighboring countries, where weighted average prices of legal cigarettes ranked between $0.80 (Vietnam) and $2.40 (Thailand) in 2017, according to the Oxford Economics report. The notable exemption among source countries is Singapore, which boasts the region’s highest cigarette prices by a considerable margin. Of Malaysia’s 13 states and three federal territories, Sabah, Sarawak, Pahang, Kelantan and Terengganu are most affected by illegal cigarette sales, which in these regions account for up to 83.5 percent of the market.

Illicit whites, i.e. cigarettes produced legally abroad for the explicit purpose of selling in a target market, in 2018 dominated the Malaysian tobacco sales with a share of 43.9 percent, followed by smuggled kreteks—Indonesia’s characteristic clove cigarettes—with 10.1 percent and cigarettes with fake tax stamps (4.9 percent), the study finds. The practice of equipping legitimate packs with counterfeit tax stamps, is a relatively new phenomenon, which, according to the report, has occurred for the first time after the excessive 2015 excise hike.

In the face of policy loopholes, weak law enforcement and corruption, the smuggling of cigarettes in Malaysia continues to gather momentum. The country ranks 61st of 180 countries on the most recently published Corruption Perception Index, with Transparency International Malaysia estimating that 4 percent of the country’s gross domestic product has been lost annually to corruption since 2013. In the absence of political financing laws and corporate liability, Malaysia has seen numerous corruption scandals over the past years. The high level of corruption also makes the country less attractive to foreign direct investment.

The increase of illicit cigarette trade is closely related to Malaysia’s corruption problem, the Oxford Economics report states, quoting sources that indicate that the large-scale smuggling in Malaysia relies heavily on the ability of traffickers to bribe officials to overlook contraband shipments. With hurdles for smuggling being low, the often transnational syndicates have been able to generate substantial profits, which they use for further contraband activities, attempts at wider corruption and other criminal activities, potentially even terrorism.

The situation in Malaysia, which, according to Japan Tobacco International (JTI) Malaysia’s managing director, is now surpassing crisis levels, has also impacted on the legitimate cigarette industry. In 2017, British American Tobacco and JTI closed down their manufacturing facilities as a consequence of their business shrinking amid the growing illegal cigarette trade. According to the Oxford Economics study, which takes all tobacco supply-chain related occupations into account, the closures represented the loss of an estimated 5,750 jobs throughout Malaysia’s workforce, as well as a loss of 0.1 percent of the government’s total tax revenue annually. And there is more to come: In September 2019, JTI announced that under its transformation plan [see also article on page xx], the company would permanently close its shared service center for Asia-Pacific in Kuala Lumpur and lay off about 40 percent of 170-strong workforce.

Malaysia has taken notice. Recognizing that the illicit cigarette trade and its association with criminals, contraband and cross-border syndicates is becoming a national threat, the government has announced plans to tackle cigarette smuggling to recover at least MYR1 billion. The tobacco industry has proposed a number of measures that would enable the government to curb contraband, including a multi-agency approach and a three-year moratorium on further excise duty hikes.

Technological equipment at customs checkpoints at ports and other borders and high-risk posts should be upgraded, while law enforcement agencies should prevent corruption by rotating officers in given jobs. Quick action is needed as the next challenge already looms on the horizon: According to JTI Malaysia, the country’s illegal vapor market stands already represent 10 percent of all sales and is growing rapidly. 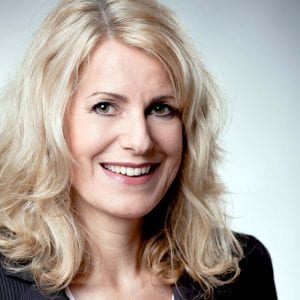 tefanie Rossel is Tobacco Reporter’s editorial contributor. An experienced trade journalist, she combines sharp reporting skills with in-depth knowledge of the tobacco and vapor industries. Prior to joining Tobacco Reporter, Stefanie was editor-in-chief at Tobacco Journal international, where she worked for a decade. Fluent in English, German and French, Stefanie covers tobacco news around the world. She is based in Germany.