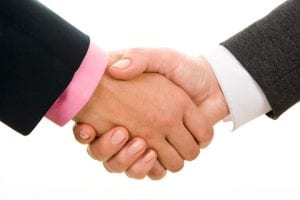 KT&G has signed a KRW2.2 trillion ($1.8 billion) contract with Alokozay of Dubai for a period of seven years and four months.

Industry officials said the deal will help KT&G avoid the huge costs required to set up an independent sales network in the region. The deal also brings predictability to the South Korean company’s business because it requires Alokozay to purchases certain volumes of KT&G product for the duration of the agreement.

On Jan. 29, KT&G signed a supply deal signed with Philip Morris International to export e-cigarettes globally for the next three years.

In recent years, KT&G has been deriving a significant portion of profits from real estate revenue rather than cigarettes and vapor products. With the recent export deals, however, analysts and the tobacco maker expect a long-term improvement in corporate value and growth.

“Following the deal, we expect long-term growth potential and profitability from our global tobacco business and improvements in overall corporate value,” a KT&G official said.

KT&G has been expanding outside its home market and aims to be one of the world’s largest tobacco firms by 2025.