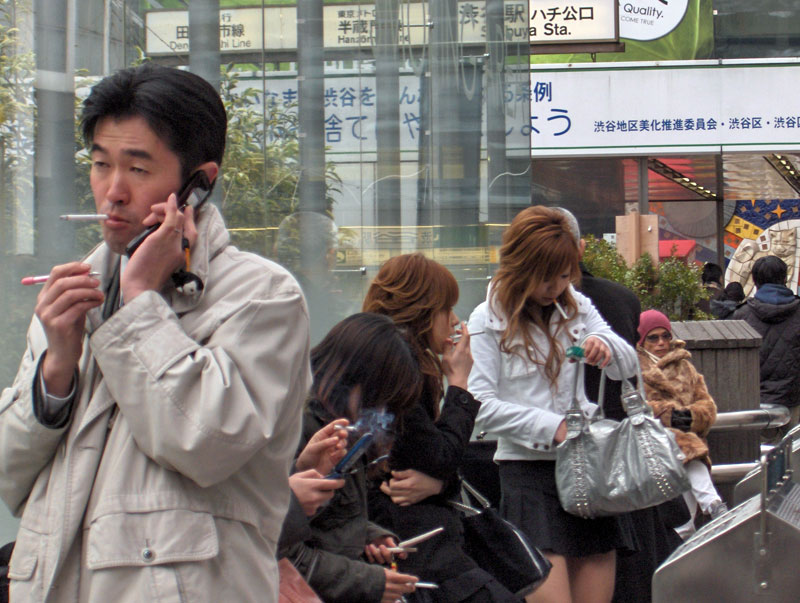 Outdoor smoking is on the rise in Japan as a law is set to take effect April 1 to ban indoor smoking.

Japanese smokers are finding it increasingly harder to secure indoor smoking areas, causing them to revert to smoking outdoors, often in parks and other public places where smoking is banned. This is also creating an issue with cigarette butt litter, which has led to some companies reinstating smoking facilities to combat the issue.

There will be exemptions to the ban, however. Restaurants and bars with initial capital up to ¥50 million and customer seating up to 100 square meters will be exempt if they display “smoking allowed” signs at the entrance.