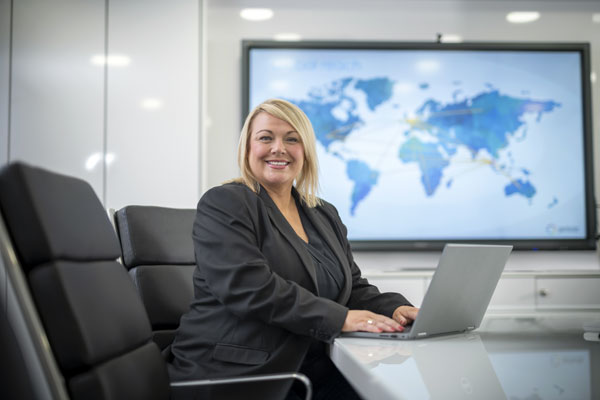 Paula Birch of Parkside Flexibles reflects on ways to minimize the environmental impact of tobacco packaging.

Most of us rarely see and rarely come into direct contact with some of the materials and activities that are causing the degradation of our environment, such as certain insecticides and manufacturing processes. But packaging is in our faces the whole time, so it attracts a level of public criticism that is perhaps out of proportion to that aimed elsewhere. Tobacco Reporter spoke with Paula Birch, global sales director, Parkside Flexibles, about this and other issues.

Tobacco Reporter: How would you describe the current state of the general environment—not concerned only with the tobacco industry or packaging? Is it, in your view, in robust health, in need of some TLC, worrisome, approaching a crisis, past repair…?

Paula Birch: Since the airing of the BBC Blue Planet II series, consumer awareness of the environment and the role humans have in destroying what is a very sensitive and balanced ecosystem has escalated. The situation in our view is worrisome, and some key actions by consumers and governments alike need to be taken around the world to avoid moving into a crisis situation in the next few years.

Do you think the tobacco industry’s packaging plays a significantly negative role in the environment?

Consumer concern about the environment has clearly thrown the spotlight onto the packaging sector. However, our view at Parkside is that this has been unnecessary and out of proportion to the issue. First and foremost, packaging protects and preserves goods along the supply chain, minimizing waste and the loss of valuable resources. It has an environmentally positive role in its fundamental functionality. However, not all packaging is created equal, and the industry can certainly be held to account in the design of packs that are overengineered, or “overpackaged,” using unnecessary materials in their primary design.

Today, packaging, and primarily single-use plastic packaging, is blamed for a lot of environmental damage. However, the main issue in reality is the consumerist society that we now live in creating demand for convenient and disposable goods, as well as poor human behavior in littering, which creates pollution and marine litter.

Packaging in the first place should be designed with minimum material use—assuring the product is not damaged or does not suffer in transit in terms of shelf life—and with due consideration given to its disposal route. Packaging should always be lightweight and made from renewable or recyclable polymers, and be fully recyclable at the end of its life, or compostable if not. This way we drive circularity in use and avoid the use of fossil fuels, which is clearly undesirable.

Are the companies you deal with, whether suppliers or customers, becoming more conscious of the need to protect the environment? Are they willing to pay the price of protecting the environment—assuming there is a price to pay in the short term?

Suppliers and customers are clearly addressing their corporate social responsibility and environmental objectives driven by the media, which is filled every day with consumer demands and environmental or climate change concerns. However, it is clear that, due to the higher costs associated with small-scale production, innovative new materials are often significantly more expensive than are incumbent materials and frequently have compromised performance attributes in contrast with those of the industry incumbents. We therefore do not see widescale adoption in the tobacco sector of these newer materials but do see a desire for the recyclability of current polymers, which we strive to provide.

The tobacco industry’s approach to packaging and the environment seems to have been fairly good, but would it be fair to say that it could do a lot better?

Yes, that’s fair, and the tobacco industry is not alone. All brands across FMCG [fast-moving consumer goods] see opportunities to change, but it comes at either a cost or pack performance penalty. The reason why many packaging formats and plastics in particular have become ubiquitous is because of their high-level functional attributes. They have simple structures that, for instance, make them lightweight but at the same time render them robust, puncture resistant, transparent and effective barriers to moisture and aroma. This is hard to replicate with mono-polymer structures suitable for recycling, for example. Innovation will continue and new breakthroughs will clearly be made in time, but if it were easy to switch, we have no doubt brands across the board would have done so already.

Perhaps it is the case that, even if the industry did do a lot better, that would not make a huge difference in the grand scheme of things—in the face of the problems we must confront. Is that fair, or is it too defeatist?

Clearly the planet is facing a significant challenge in dealing with climate change and we all have to do our bit to drive change. It is true that packaging seems to have become a target for consumer focus due to media attention and that since there are perhaps far more polluting industries—for example, transport and logistics—the focus is out of balance. However, the packaging industry does recognize it must use lightweight, recyclable, renewable and bio-based materials, and ensure that packaging is absolutely optimized throughout the supply chain, in order to regain consumer trust and deliver incremental changes as part of a societal shift.

What changes can the tobacco industry make to its packaging and packaging activities—from raw materials to retail—to reduce its negative impact on the environment?

The key, as outlined above, is minimizing resource use in the first place. Designing with the minimum amount of material and then seeking options that either incorporate renewable or recyclable materials in the design. From there it’s about ensuring that the disposal route is also optimized—the pack should be recyclable or compostable.

What changes is Parkside making to its tobacco-industry business to reduce its impact on the environment?

Parkside Flexibles is a global leader in the production of home and industrial compostable packaging films as an alternative solution to non-recyclable flexible packaging solutions that currently go to landfill. Flexible packaging has been difficult to recycle due to its inherent design utilizing multiple polymers either co-extruded or laminated to create the multifunctional performance requirements it delivers, such as barriers to gases, light, aroma, etc.

Flexible packaging is a fantastic packaging solution in that it is lightweight and therefore extremely efficient from a supply chain and carbon footprint perspective. However, many brands and consumers are seeking circularity in packaging design and it struggles to close this loop. Parkside has therefore invested over eight years in the research and development of compostable laminate solutions that have equivalent barrier, graphic and packing performance to common flexible packaging substrates and has successfully delivered fully accredited solutions for home and industrial composting scenarios. These solutions are perfectly suited to tobacco applications, and we are working with a number of brands that are interested in the compostable packaging format.