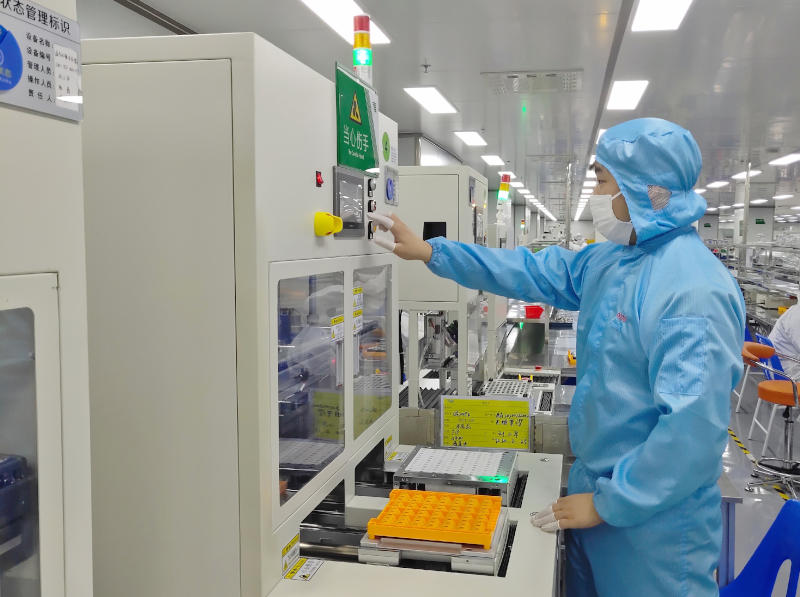 First, vapor companies selling in China lost the internet. Then the coronavirus closed their physical stores.

In 2019, the Chinese tobacco industry recorded a mid-single-digit growth in current sales value terms and a slight decline in volume terms, largely thanks to new product development in the vapor market and consumers’ growing preference in premium and mid-priced cigarettes due to the increasing disposable income. As the largest category in tobacco, cigarettes achieved a value of CNY1.5 trillion ($211.71 billion) in 2019, a 3.1 percent growth rate in current sales value. However, sales volumes stagnated in 2019 at 2.3 trillion sticks. Under China’s longstanding state tobacco monopoly system, the China National Tobacco Corp. (CNTC) dominates the nation’s tobacco supply from manufacturing to retailing, leaving a tiny space for international brands (Table 1).

The decline of cigarette volumes in 2019 can be attributed to stricter enforcement of smoking restrictions in public areas, lower production and declining smoking prevalence. The first public smoking restrictions date from December 2013. The Communist Party of China Central Committee and the State Council have asked officials to take the lead in adhering to the smoking ban in public areas such as schools, hospitals and other venues. On Nov. 23, 2014, the Legislative Affairs Office of the State Council released a draft regulation crafted by the National Health and Family Planning Commission, which intended to ban smoking in all indoor public areas nationwide. This marked the first time that China formulated regulations to control public smoking comprehensively throughout the country. Since the draft regulation was released, at least 20 cities in China have passed regulations to control smoking in public areas.

According to the National Bureau of Statistics, cigarette production in November 2019 was 12.4 percent lower than in November 2018. Production also fell in August, May and June. Cigarette sales are likely to drop further. Under the Healthy China 2030 Initiative that was implemented in 2016, China aims to lower the proportion of smokers above the age of 15 to 20 percent by 2030.

Despite these developments, the sales value of cigarettes has not been severely impacted thanks largely to the tobacco industry’s significant tax contributions to the state’s revenue. Taxes paid by CNTC account for more than 6 percent of China’s fiscal revenue. In 2018, CNTC paid CNY1 trillion in taxes, and in 2019 the figure increased by 17.7 percent. Moreover, revenues from tobacco sales have become an important source of income for local governments, such as Yunnan Province, where the restriction of smoking has proved to be a tough task.

On Jan. 20, 2020, the STMA announced its progress in the crackdown on tobacco counterfeiting and smuggling. A total of 10,826 cases involving counterfeit cigarettes with value above CNY50,000 were investigated in 2019, which was an 18.97 percent increase in comparison with 2018. According to Euromonitor International, the volume of illicit trade decreased by 10.1 percent, to 87.5 billion sticks, in 2019. It is worth noting that the Chinese market for illicit cigarettes is significantly smaller than it was in 2014 (Table 2).

Although the anti-counterfeiting and anti-smuggling campaign has achieved significant results, the situation remains grim. Driven by the exorbitant profits, illicit trading of cigarettes is bound to exist for a long time. Increasingly illicit traders have moved their operations to Southeast Asia, only to smuggle their products back into China for distribution.

The STMA, together with departments such as public security, customs and the coast guard, is determined to crack down on these illegal activities, especially in Guangdong Province and Guangxi Zhuang Autonomous Region, as these two provinces, bordering Southeast Asian countries such as Cambodia, Burma and Vietnam, have been hardest hit by counterfeiting and smuggling operations.

During an internal symposium in August 2018, Jianmin Zhang, director general of the STMA, urged the tobacco industry to strengthen its research into the transformation of traditional cigarettes and develop a new type of tobacco industry. Although still small, the new-type tobacco market is developing at an unprecedent pace, reaching a 101.6 percent growth rate in terms of current sales value in 2019 thanks to the vigorous growth of non-cigalike closed vapor systems.

Starting in 2018 with only a few brands, the market has welcomed an increasing number of new products in 2019. Both local vapor manufacturers and original equipment manufacturers have set foot in the non-cigalike closed systems market. These non-cigalikes have been warmly welcomed by consumers, especially the young adults, thanks to their fashionable designs, convenience and affordable prices.

Before the advent of the internet, the vapor market in China had kept a comparatively low profile. However, in June 2018, a CNY38 million injection of angel financing in the vapor firm Relx led to a boom of vapor startups.

In January 2019, the launch of FLOW with the endorsement of a leading internet enterprise accelerated the growth of vapor industry. This growth continued even though the vapor products were named and shamed by China Central Television for their alleged health risks and lack of industrial regulations. A total of 35 vapor brands in China received financing in the first three quarters of 2019, and the total financing amount exceeded CNY1 billion.

With the help of significant investments, non-cigalike closed systems have become widely known among consumers. However, the supervision of the vapor industry did not keep up with the rapid development of the market and led to some areas of concern, manifested, for example, by the question of whether nonsmoking younger consumers are being attracted to the category, as well as marketing issues such as irregular labelling of e-liquid. These phenomena accelerated the arrival of regulations.

On Nov. 1, 2019, the STMA and the General Administration of Market Supervision and Administration issued Circular on the Further Protection of Minors from Electronic Cigarettes, which prohibited sales to minors, along with internet sales and advertisements of vapor products.

The circular hit the hot vapor market like a bucket of cold water. Before its announcement, the sales of domestic vapor brands were carried out mostly through major online B2C channels such as Tmall and JD.com, which accounted for 80.7 percent of value share in the vapor market in 2019. The internet retailing ban put vapor and combustible tobacco products on the same level. The sales of vapor products have been transferred from internet retailing to other channels such as social media and offline vapor stores.

The circular also severely impacted the sales of vapor products because of decreased accessibility. Contrary to offline buyers, online shoppers face no time and geographic restrictions to purchase vapor products; they can buy as long as they have access to the internet. This is an important benefit particularly for vapers in smaller cities where there are fewer vape stores.

Besides, selling offline requires a large investment in the creation and operation of physical stores. In the short term, the high entry barrier will phase out small and uncompetitive brands, and intensify competition. In the long term, the market will concentrate as leading players with deeper pockets can open stores more rapidly than their smaller counterparts. Physical stores also provide existing and potential consumers a place to experience vapor products, which will probably contribute to the sales increases.

The potential of heated tobacco

China Tobacco Sichuan Industry Corp. was the first Chinese provincial tobacco manufacturer to launch a heated tobacco product: Kung Fu-Kuan Narrow. The product debuted in South Korea in October 2017. Since then, other tobacco monopoly administrations and private companies have entered the heated tobacco market. Although current regulations reserve heated tobacco products for exports, they might still have domestic potential in the future.

The Chinese tobacco industry reached CNY1.7 trillion in 2019 with a steady growth momentum over the past three years. However, the industry is currently going through a rough period given its reliance on offline channels. The closure of shops and restaurants in response to the coronavirus has not only reduced shopping but also decreased smoking opportunities, especially in smaller cities that were not enforcing smoking bans. In China, cigarettes have traditionally played an important role in social gatherings, which were largely banned in early 2020.

The slow return to normal, along with the stagnation of logistics, will undoubtedly decrease supply in the first quarter of 2020. In the meantime, the epidemic will also slow the physical store expansion of vapor players, which will further affect sales of vapor products in 2020. Due to the deceasing accessibility of tobacco products, smoking prevalence might decline and lead to a tobacco products consumption decrease in the short term. However, in the longer term, the industry will likely remain resilient in China due to the addictiveness of cigarettes and the strength of consumer behavior. 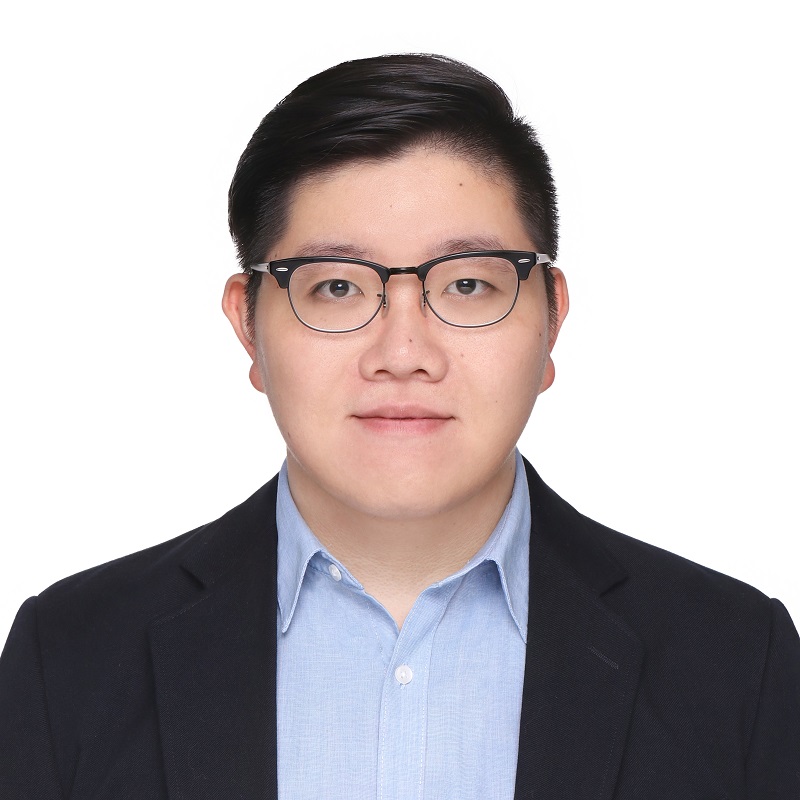