Two tobacco plant-based vaccine candidates have entered the race for a serum against Covid-19.

As the coronavirus pandemic continues to take a devastating toll around the world, the race for a vaccine against Covid-19 among pharmaceutical and biotech companies, universities, research institutes and other stakeholders has accelerated. According to a report by Verband Forschender Arzneimittelhersteller, the German association of researching drug manufacturers, there were more than 70 vaccine projects for the novel coronavirus SARS-CoV-2 globally in early April. The aim of such a vaccine is to create an adaptive immune response in the form of antigens in the vaccinated person that will protect against an invading microorganism and the disease it causes, in this case an infection with the coronavirus. Vaccines, which are biological preparations, are considered the most effective preventive measures against infectious diseases.

Coronaviruses, a group of viruses that belong to the family Coronaviridae, have always been around. Infections caused by other members of that family include severe acute respiratory syndrome (SARS), which appeared in 2002 to 2003, and the Middle East respiratory syndrome (MERS), which appeared in September 2012. On both occasions, vaccines were developed, but to date, none of them has received drug approval—in comparison with other infectious diseases, such as influenza and HIV, SARS and MERS produced relatively few and locally restricted cases, thus lowering the willingness to further invest in vaccine development. Nevertheless, this earlier research may now help scientists in their quest for an antidote against SARS-CoV-2, which, with its high transmission rate and resulting numerous deaths, is of a different caliber.

To combat the novel virus, scientists have a range of processes at their disposal. Depending on the disease-causing agents, how it infects the cell and how the immune system responds to it, they decide which type of vaccine might be the most promising. Current options include live attenuated vaccines, which use a weakened form of the virus or bacteria that causes a disease, and inactivated vaccines that contain bacteria or viruses that have been killed by a chemical treatment or heat. Subunit, recombinant, polysaccharide and conjugate vaccines use specific pieces of the virus or bacteria—like its protein, sugar or capsid. Finally, toxoid vaccines use a toxin made by the virus or bacteria that causes a disease.

In the production of vaccines, embryonated chicken eggs play an important role. In 1931, they were discovered to be the perfect bioreactors for growing viruses and thus the best tool to produce vaccines. Almost 90 years later, 95 percent of all flu vaccine doses still contain egg-grown viruses, according to the German Max Planck Society. It’s easy to imagine that this production process will quickly near its limits in the case of a pandemic that affects millions of people.

Tobacco as a bioreactor

Enter tobacco. Since the early 2000s, the plant has proven its potential as a highly efficient biopharmaceutical producer of vaccines—more precisely, of recombinant therapeutical proteins. Basically, the process involves identification and reception of genetic sequences from a pandemic strain to produce a virus-like particle (VLP). VLPs resemble a virus, allowing them to be recognized readily by the immune system; however, they lack the core genetic material, making them noninfectious and unable to replicate. Before the genetic construct representing the protein of interest is inserted, plants are seeded, germinate and grow. They are then genetically modified with the VLP—or antigen—in a technique known as transient expression. With this transformation, plants incubate for several days during which they are reproducing the target protein. At this point, they are harvested and crushed to create a green juice slurry. This liquid passes through filtration processes and sophisticated purification techniques to produce a final product. Reportedly, the process, which employs Nicotiana benthamiana, a close relative of the tobacco type used for cigarette manufacture, can deliver a vaccine for testing in less than a month after production of the VLP.

In a virus outbreak such as the current one, rapid serum production of scale is vital. Two biopharmaceutical companies working with tobacco-based systems joined the race early on for a vaccine. Medicago, a privately held Canadian biotech company in which Philip Morris International bought a stake in 2008, in April announced that its candidate coronavirus vaccine could be ready for human trials by July or August; the company plans to submit a dossier to authorities to get approval for the drug by November 2021.

The other player is U.S.-based Kentucky Bioprocessing (KBP), a subsidiary of British American Tobacco (BAT). The company’s candidate vaccine uses BAT’s proprietary fast-growing plant technology and TAP platform, a new system for vaccine production that allows antigen selection closer to the time it is needed to avoid mutations. The serum is presently also in the pre-clinical testing phase that is expected to finish soon. “We have been engaging with government agencies to bring our candidate vaccine to clinical testing as soon as possible,” explains David O’Reilly, BAT’s director of scientific research. On May 15, the company announced that it was ready to start testing its vaccine on humans once it gets approval from the U.S. Food and Drug Administration (FDA).

Through collaborations with government and third-party manufacturers, KBP hopes to produce between 1 million and 3 million doses per week from June, says O’Reilly. “We will be ready to start clinical trials in late June and start manufacturing in parallel. It is impossible to say when it will be available, and this will become clearer when we know what testing governments will require.”

The plant-based vaccine has several potential advantages over conventional serum production technology, according to O’Reilly. “It is potentially safer given that tobacco plants can’t host pathogens which cause human disease. It is faster because the elements of the vaccine accumulate in tobacco plants much more quickly and with high fidelity—six weeks in tobacco plants versus several months using conventional methods. The vaccine formulation KBP is developing remains stable at room temperature, unlike conventional vaccines, which often require refrigeration. And it reproduces the antigen with high fidelity every time without making unwanted changes.”

He is not worried about the frequent headlines about the progress of other conventional vaccine manufacturers. “This is noncompetitive, and BAT is fully prepared to work with other vaccine companies with our unique vaccine development technologies,” says O’Reilly. “As such, BAT is looking for help from governments to accelerate clinical trials to demonstrate the candidate vaccine is safe and effective. We also need help with downstream manufacturing in terms of conjugation and dispensing and are open to working with governments and other partners to build scaled-up manufacturing.”

Even though other candidate vaccines appear to be one step ahead, it doesn’t mean that they will be the first and only ones that become approved and commercially available. Each new vaccine project must go through a six-stage process to get approval by the FDA or the European Medicines Agency. The stages include analysis of the virus, design of the vaccine and animal testing in the pre-clinical phase, which is followed by trials with volunteers, approval procedure and mass production of the vaccine. Although the process has been significantly accelerated in recent years due to new technology and previous experience with serum developments against related viruses, it may nevertheless take up to 36 months—under normal conditions. Will the unprecedented dimensions of the Covid-19 pandemic speed up matters?

“Testing any vaccine candidate for safety and efficacy is paramount. This requires extensive and complex clinical testing and evaluation of the results,” O’Reilly explains. “During clinical testing and through pharmacovigilance, i.e., drug safety assessment, potential side effects can be identified. If they are serious then this is likely to mean the vaccine will not be authorized for use. Under pandemic emergency situations, regulators have the option of ‘emergency use authorization.’ The U.S. FDA authorized our ZMapp Ebola treatment through this pathway in 2014.”

Together with Mapp Biopharmaceutical, KBP developed an Ebola drug that came to be considered the standard of care after a small study suggested it might reduce mortality rates. Long-term studies, however, showed that the treatment didn’t provide the anticipated degree of protection, so it failed to receive permanent approval.

Time can become the decisive hurdle in drug development. History has shown that the search for a suitable vaccine sometimes is too slow: In 2009, the swine flu outbreak quickly waned, leaving drug makers sitting on their vaccine. “That’s a real problem and it remains to be seen how quickly vaccines can be developed, tested and approved in the case of Covid-19,” says O’Reilly. “We must also remember that there are other lines of attack being developed such as treatments to reduce the effects of the disease once contracted. There’s also an emerging view that SARS-CoV-2 may be with us for some time and return every year in the way that the seasonal flu virus does. If this happens then vaccines will play an important role.”

Historically, just 6 percent of vaccine candidates end up making it to market, according to a Reuters report. “Vaccine development is tremendously challenging and complex. Most candidates will fail during development, so it’s great news that so many candidates are being developed for Covid-19. Of the 75 plus in development, hopefully enough will succeed to cover the world’s needs,” says O’Reilly.

Developing a vaccine is also an enormous investment. According to the U.S. Biomedical Advanced Research and Development Authority, development of a vaccine and treatment will cost $1 billion each. “We are in the early days of this, and the costs are not yet significant. Total costs will become clearer when we better understand the testing requirements going forward,” says O’Reilly.

While remaining a commercial operation, KBP intends to carry out its Covid-19 vaccine work on a not-for-profit basis. “The most important issue here is to find a vaccine that beats the virus,” O’Reilly says. “It is about collaboration for the greater good and the benefit of society at large. That’s why for Covid-19, we are operating on a ‘not-for-profit’ basis.” 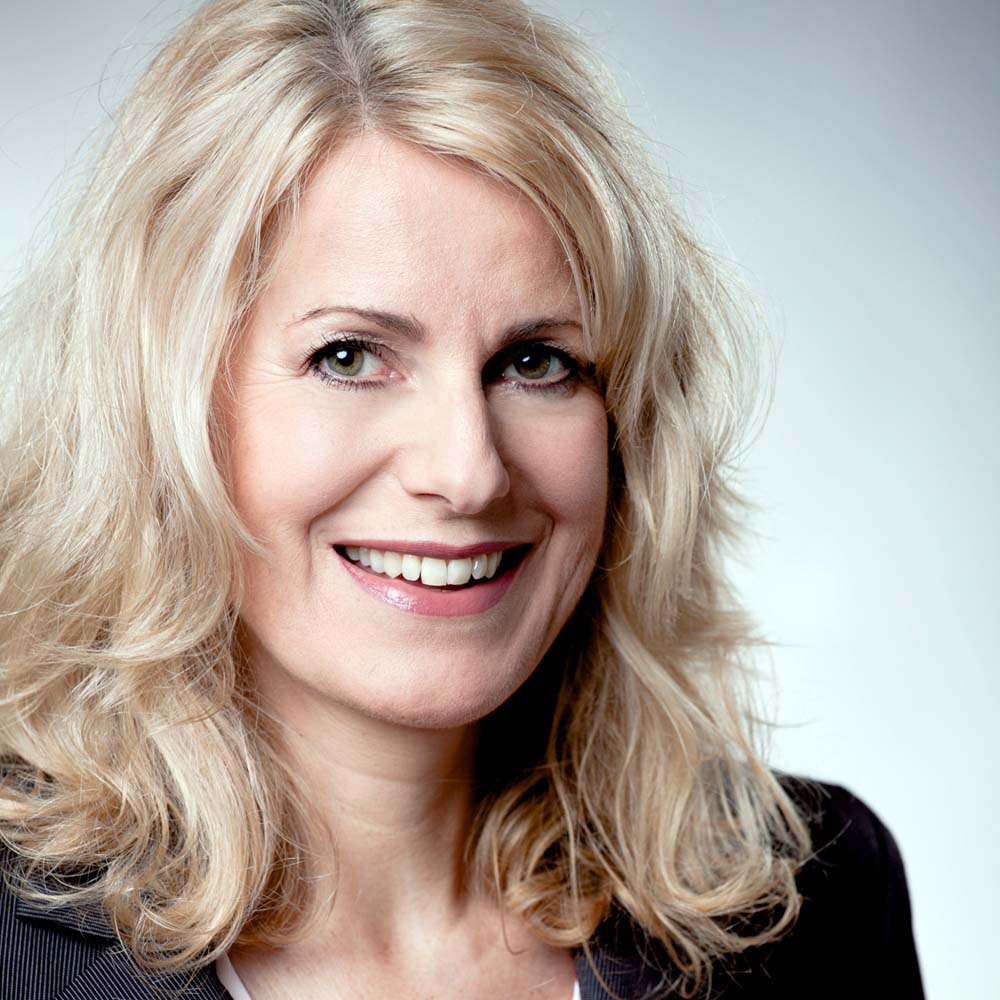