Based in Bosnia and Herzegovina, Belaprom obtains its materials from the EU to deliver high-quality cigarette tubes at an affordable price.

As the cost of cigarettes continues to rise, consumers are finding less expensive ways to smoke. Many are turning to make-your-own (MYO) cigarettes. Using a little machine, MYO allows consumers to create cigarettes at home by inserting their preferred tobacco blends into hollow cigarette tubes.

A relative newcomer to the filter tubes business, Belaprom was founded in Bosnia and Herzegovina in 2014. Over the past six years, the company has been expanding its operations, product portfolio and consumer base. According to Belaprom’s founders, brothers Nadir Jasarevic and Fadil Jasarevic, the company has grown more than 600 percent since opening its doors.

“The main reason why Belaprom continues to grow its customer base is because of the quality of the product we produce,” explained Nadir, who added that the brothers ventured into the tobacco industry because they wanted to provide high-quality products at a reasonable price. They also wanted to be the type of business that its clients could count on by providing the highest level of customer service possible.

“After many years of importing cigarette filter tubes from other European companies, we decided to start producing our own products in order to better the Bosnian economy and bring something new to our country,” says Nadir. “Since beginning Belaprom, the company has grown into the largest cigarette filter tubes producer in the region. This shows that we’ve been doing things the right way.”

The Jasarevics started Belaprom because there were no major importers of cigarette filter tubes in Bosnia and Herzegovina. They believed that starting a local business could become a lucrative project if the company offered higher quality products at more reasonable prices than other players in the market.

“The process of starting the tube manufacturing endeavor had many obstacles. Other companies from Bosnia and Herzegovina operated on a smaller scale; however, from the very beginning, Belaprom was designed to be both a manufacturer and an exporter of goods,” says Fadil. “Finding the right machine, training the personnel and securing the best material suppliers took more than two years.”

The brothers developed their business acumen by opening a small grocery store, a business that has since grown into a conglomerate of more than 20 supermarkets, 14 gas stations and Belaprom. Fadil oversees the finances and directs the operations of the supermarkets and gas stations while Nadir is charged with importing goods and services, finding new suppliers and increasing the company’s customer base. “Our goal is to be recognized as a leader in both the industry and the marketplace,” says Fadil. “Our clients are more than customers; they are our partners.”

At Belaprom, the company focuses on the production of cigarette filter tubes and the import and wholesale of products for broad consumption. “Our production meets the highest of European standards. All our materials used in production are from the European Union. We do this because it allows Belaprom to guarantee the final product meets the needs of even the most demanding of customers,” says Nadir. “The production plant is equipped with state-of-the-art machinery using highly sophisticated technology to create the highest quality products possible.”

Belaprom’s 3,000-square-meter (approximately 32,292 square feet) production facility is built specifically for the manufacturing of cigarette tubes, according to Nadir. He says that every section of the factory is organized to optimize the production progress. “We decided to purchase Hauni machinery because Hauni is considered the best machine manufacturer in the tobacco industry,” Nadir says. “We use machines that are capable of producing 8,000 tubes per minute or 3,840,000 tubes per day.”

Belaprom is positioned at the crossroads between the eastern and western countries of Europe. The company currently employs 50 skilled and highly motivated workers producing more than 20 brands, according to Nadir. He says that Belaprom can easily produce a brand that meets the specific criteria for any company in need of cigarette tubes. Currently, Belaprom has four licensed brands: Zlatni Filter, Bella, Practic and Casual. Its most popular brand is Ritual 500, which has a modest but pleasing design.

“The reason our brands are popular is that the designs are simple, yet appealing. Our customer base includes many different regions of Europe, so our brands are designed to represent the region where they are sold,” says Nadir. “For example, customers from the flatlands of Croatia use the brand Pannonian Choice, which has a green box symbolizing lush, fertile valleys and golden letters that stand for the plentiful harvest of barley.”

Currently, Belaprom is negotiating the purchase of another tube machine from Hauni for installation sometime later this year. The investment required for the state-of-art equipment is more than €3.5 million ($3.9 million), according to Fadil.

“Belaprom is ramping up its production capabilities and investing more resources into opening up operations to other parts of the world, especially Southeast Asia with its vast population and economic areas. It is part of our five-year plan,” says Fadil. “Long term, we hope to expand globally, with a primary focus on Eastern Europe and North Africa. It’s a balancing act. While we want to offer more markets our superior products, it must not come with a compromise in customer service. Providing the highest level of service to our partners is our primary mission.” 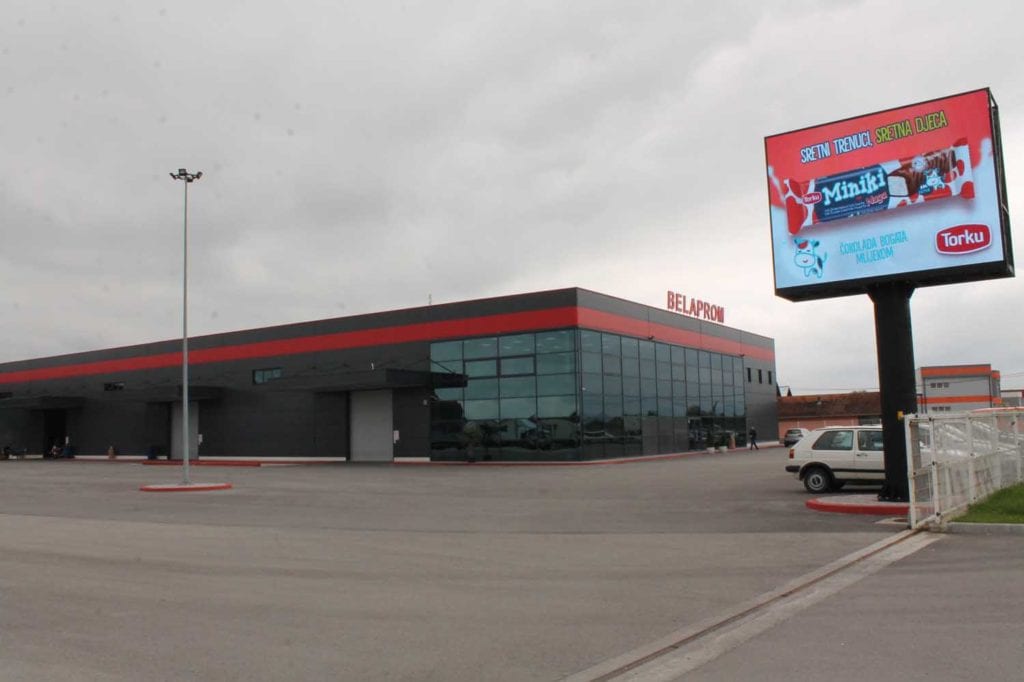