For years, public health officials have warned that secondhand smoke is just as dangerous as smoking, if not more so, and more recently, elusive “thirdhand” smoke—the residual nicotine and other chemicals left on indoor surfaces by tobacco smoke—has been a topic of concern. And with the creation of vapes came the controversy of how harmful exhaled vapor may be, especially with the current pandemic at hand.

Philter Labs was co-founded in 2014 by Christos Nicolaidis, a veteran entrepreneur and CEO of Philter Labs, and John Grimm and Yuval Shenkel, product engineers with decades of experience designing innovative medical components for Fortune 500 companies. After seeing how vaporizers were changing the way people consumed nicotine, they wanted to find a way to get rid not only of traditional secondhand smoke but also of secondhand vapor.

The company’s goal, according to its website, is to allow “adult vapers and nonvapers to socially coexist … while eliminating secondhand smoke and protecting their personal right to vape or smoke.” A bonus comes in the form of environmentally friendly clean air, void of the pollutants that are found in secondhand smoke and vapor.

As people have become more health-conscious, concern about secondhand smoke and vapor has increased accordingly. “Our surveys have found that 67 percent of people who smoke and vape are concerned with secondhand smoke [and vapor] and how it affects the environment around them,” writes Nicolaidis. This shift toward more responsible vaping and smoking has led to a higher demand for Philter’s environmentally conscious filter technology, leading to a sales increase for the company and a more than 20 percent customer return rate. Naturally, the Covid-19 outbreak has affected this as well—many users are looking for ways to continue to vape without putting those around them at risk. It’s still unclear exactly how vaping and smoking aid in the spread of the virus, but it has been suggested that vapor and smoke clouds can suspend the virus in the air and spread it to others. Using Philter devices would help prevent this.

When asked in an email exchange how Philter’s technology works, Nicolaidis said, “It’s important to first point out that our products are designed to preserve users’ normal smoking or vaping experience, so we never interfere with the inhale. But upon exhale, the user has the option to blow their smoke back into our Philter instead of the air. Inside the Philter, a proprietary combination of filtration mediums and airflow algorithms work together to capture 97 percent of airborne particulates, pollutants and VOCs [volatile organic compounds] down to a particulate size about 30 times smaller than the width of a human hair.” The products do not capture the smoke emitted by the lit ends of combustibles, however.

“Our Philter is the first in the nanofiltration space for vaping that has been validated as EN 1822 HEPA compliant by a globally recognized independent particulate testing laboratory,” Nicolaidis added.

Philter products, made for use with tobacco, cannabis and CBD, differ from existing solutions in three ways, according to Nicolaidis. The first notable difference is that Philter products do not simply mask secondhand smoke and vapor—they capture it and eliminate the harmful elements. Philter’s science-based filtration processes have been granted three utility patents with several others pending.

The second difference is in size. Nicolaidis describes Philter products as “small, discrete and sophisticated” while stating that most other products are “oversized and impractical to carry.” The two products promoted on the company’s website—which are available for purchase online, on Amazon or at a variety of brick-and-mortar stores throughout North America—the Pocket and the Phlip, offer users options for carrying their products; the Phlip works in coordination with pen and stick vapor products, allowing users to carry one product. The vapor product inserts into the allotted space on the filter, and users inhale from the vape then flip the device around to exhale into the filter. The Pocket, on the other hand, requires users to carry two devices, but it can be used with combustibles as well as vapor products. Instead of inserting the device or combustible into the Pocket, users exhale into the Pocket after inhaling from their vape or combustible as normal. The Pocket captures the secondhand smoke or vapor rather than it being released into the air. Each filter is good for 150 exhales. While both products require you to carry an additional piece, neither is much bigger than the products they are used in conjunction with.

The third difference focuses on brand marketing. “Our brand messaging is positive and inspirational,” Nicolaidis writes. “Philter use provides an opportunity for people who vape and people who don’t to safely share the same space without the fear or stigma of secondhand smoke. It’s truly a win-win for everyone involved.”

The goal of keeping the products small and efficient created a few hurdles in development; it took more than four years and 20 prototypes before Philter Labs created a version that was ready for commercialization. The chief technology officer used his experience working on cardiac and spine-related medical devices to help create a miniature microfiltration system “roughly the size of a tube of lipstick.” Engineers also had to consider airflow and exhale to make them feel as natural as possible, realizing each user’s physiology and exhale capacity is different.

The company is also working on new technology: “The ‘Moonshot’ for our industry would be a device that captures and eliminates all smoke [including that emitted by the lit end] from a traditional cigarette. While we can’t divulge any details at this time, I can say that Philter’s brilliant minds are hard at work on a Moonshot product, and we expect liftoff in late 2021.” On top of that, Nicolaidis notes that the company is “about to announce a new cutting-edge product that will allow for widespread adoption of [Philter’s] patented filtration technology. It’s a product that’s been in the works for several years and will bring accessibility, ease of use and a high-quality experience to consumers. This is not only a game-changer with respect to the future of vaping and the opportunity to finally begin normalizing vape use in public settings but will also have a positive impact with regard to public policy and how political leaders can offer a solution that protects individuals’ rights while preserving the freedom of people who do not vape or smoke in virtually ‘any’ setting.” Helping to move these projects forward is a recent $1 million funding investment to support corporate growth, which includes new product launches and research and development. In 2018 and 2019, the company also received $2 million in seed financing from Bravos Capital, Explorer Equity and a global Private Equity Fund.

The future of filters is changing, and Philter Labs seems to be at the forefront of innovation. Time will tell how its technology will change the vapor industry and the public health landscape—one day soon those clouds of cigarette smoke and vapor may be problems of the past.

Philter Labs’ work doesn’t stop with its nanofiltration technology. The company recently launched an advocacy division, the Philter Project, to help improve communities throughout the U.S. and abroad. Funds have gone toward planting trees in the Amazon through the One Tree Planted initiative, providing veterans suffering from PTSD with Philter Phlips and supporting cannabis-related criminal justice reforms through the Last Prisoner Project.

Marissa Dean joined Tobacco Reporter in the summer of 2018 as a copy editor.Since that time, she has taken on additional responsibilities, including feature writing.Her skills span the publishing industry from layout and design to copy editing to content creation. 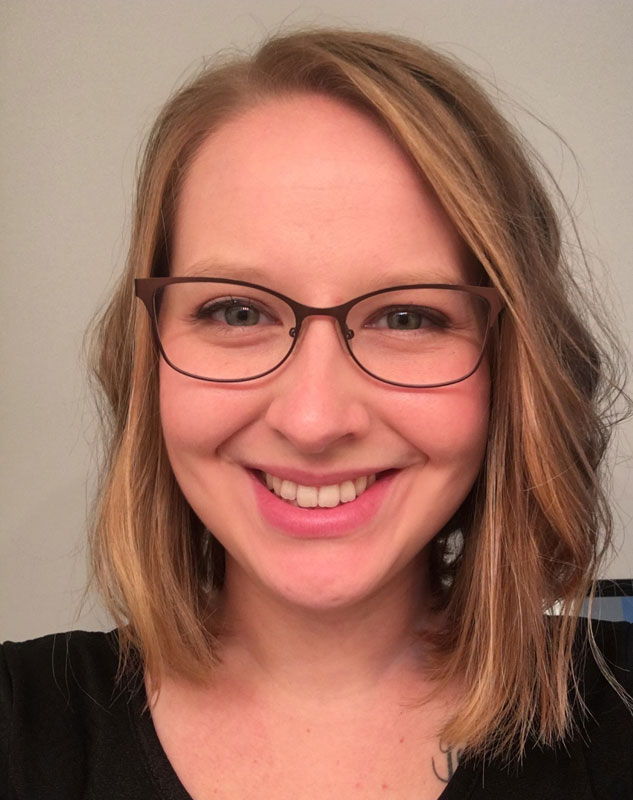