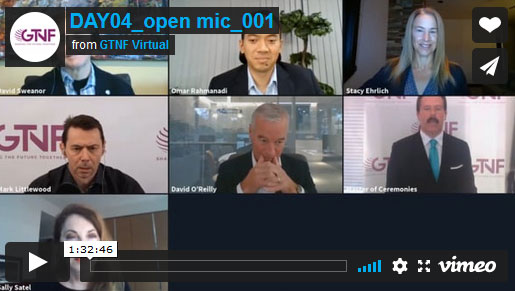 The challenges facing the tobacco and vapor market

During the final session of the Global Tobacco & Nicotine Forum (GTNF), the future of this industry was put on center stage. The panel of experts suggested that regulation, taxation and confronting misinformation are going to be the major challenges that the tobacco and vapor industries will battle over the next 12 months.

In the U.S., the premarket tobacco product application (PMTA) process is going to be a major legal and regulatory focus, according to Stacy Ehrlich, partner at Kleinfeld Kaplan & Becker LLP. She said that while companies need to file PMTAs or standard equivalency (SE) reports, it is unknown how the U.S. Food and Drug Administration (FDA) will review these new products and enforce its rules.

“How wide will the FDA enforcement be over these products? Another regulatory key issue over the coming 12 months will be flavors in vapor and cigar products at all levels of government,” she said. “Flavors may increase initiation in youth … but they may also help move adults to lower risk products.”

So far, the only action toward flavors by the FDA has been to remove all flavors except tobacco flavors for closed pod systems. The absence of federal rulemaking has motivated some local and state entities to enact their own flavor bans. “What are unintended consequences of flavor ban?” Ehrlich asked. “A push towards the black market—push people back to smoking? What are the long-term impacts on public health? These are significant regulatory issues to watch in the coming year.”

The fight against misinformation will also be a major issue. David O’Reilly, director of scientific research for British American Tobacco, told attendees that the industry is still suffering from the effects of the e-cigarette or vaping product use-associated lung injury (EVALI) that began in mid-2019. That crisis was later found to be caused by vitamin E acetate in black market THC products and not any nicotine-based vapor products.

“What the pandemic might do, and the jury is still out on this, but it has brought science and evidence into everyone’s lives,” said O’Reilly. “There is an opportunity for this industry to use that science to promote harm reduction and bring this information to consumers and make them more savvy, and maybe they will look at the different products and brands [and move to a less-harmful product].”

Sally Satel, resident scholar at the American Enterprise Institute and psychiatry lecturer at Yale University, said that for any innovation or regulation to be implemented  properly, the industry needs “a massive public reckoning of the truth” about the advantages of switching to vaping from combustible cigarettes. For example, there has been a move toward negative science and studies in recent months, she says. The World Health Organization (WHO) endorsed a vaping study centered on heart disease that was later retracted. The study, which appeared in the Journal of the American Heart Association (JAHA), was written by Dharma Bhatta and Stanton Glantz of the University of California, San Francisco, and concluded that “Someday and everyday e‐cigarette use are associated with increased risk of having had a myocardial infarction, adjusted for combustible cigarette smoking.”

Another study from Rutgers University found that 80 percent of doctors wrongly believe nicotine causes cancer. It also took the Centers for Disease Control months to clarify that EVALI was caused by black market THC vapor products. “This paints a fairly grim picture of what we are up against,” said Satel. “And all of this while allowing cigarette sales to go undisturbed while putting barriers on devices that are a great benefit to public health.”

Whatever the challenges facing the tobacco and vapor industries, answers are out there, according to David Sweanor, adjunct professor of law at the University of Ottawa. He said several countries have lessened restrictions on next-generation tobacco products in recent years, and that has had a ripple effect in the tobacco industry. Cigarette sales have slumped.

“We have seen what happens in other countries when we see a slight lessening of restrictions on these [next-generation] products like we have seen in Japan … Norway, Iceland, Sweden. These aren’t places that are actively trying to see how rapidly ending smoking is happening; it was just the effect of lessening restrictions,” explains Sweanor.

“What would happen if any jurisdiction in the world wanted to see how rapidly they could get rid of cigarettes? … Good policy is contagious. It would be very hard to resist if we saw something like that happen on a major scale to end smoking. Any country that gets that right—backs new technology—could save hundreds of millions of lives and possibly even create a new technology sector for its economy.”