After reading a recent story by Timothy Donahue about SyNic, a synthesized form of nicotine that is said to be as pure as ultrapure, tobacco-derived nicotine, I had the opportunity of asking George Cassels-Smith, the CEO of eLiquiTech, the company with sole distribution rights for SyNic to the tobacco and electronic nicotine-delivery system industries, what the point of this new product was. Of course, I didn’t put it as bluntly as that, but I was interested in understanding why it was deemed necessary to launch a purer version of nicotine when tobacco-derived nicotine was available that already met the presumably exacting standards of the regulators overseeing the pharmaceutical industry and its various nicotine-replacement therapy products.

His answer could be summed up as “Why not?” Of course, he didn’t put it as bluntly as that. After all, it had taken five years to develop SyNic in a program requiring the input of people with 40 years’ experience in synthesizing drugs and 30-plus patents to their names, working with sophisticated equipment under highly controlled conditions.

Nevertheless, “Why not?” is a persuasively simple response, and it comes in a range of expanded forms. At one end of the range, it has to do with the nicotine consumer. Cassels-Smith said that, today, just about everybody has lived in environments in which we were exposed to toxic pollution over which we had little or no control; so the smart thing to do was to reduce our exposure to toxins wherever we did have such control. For instance, if you were going to consume nicotine, why not consume the purest form available?

Meanwhile, at the other end of the range, you become caught up in something more complex: in the politics of tobacco—which, by the way, Cassels-Smith dislikes intensely but in which, inevitably, he finds himself entangled. He believes—perhaps “hopes” is a more accurate description—that SyNic might form part of a campaign to change the debate between the tobacco and nicotine industries on the one hand and regulators on the other. At the moment, regulators see tobacco and nicotine users only from the point of view of the harm they cause to themselves and the people around them, which leads those regulators to have as their ultimate goal the elimination of tobacco and nicotine consumption.

But as Cassels-Smith says, if that is the position taken by regulators, there has to be room for a debate about the use of tobacco and nicotine products that don’t expose people to toxins and harm. All the concerns that regulators had could be removed by providing scientific proof that the user was not harming himself and that there was no secondhand exposure, said Cassels-Smith. An example might be where a consumer used a nicotine pouch manufactured with SyNic nicotine.

This sounds persuasive, but one obstacle to such a debate’s getting started is the lack of a level regulatory playing field when it comes to the different products offered by the pharmaceutical and tobacco industries as a means of meeting the needs of those with nicotine cravings. Cassels-Smith said that, over the years, the advice for the use of pharmaceutical-industry-produced nicotine gum had gone from specifying occasional use and then quitting to, if necessary, chewing it all the time, anytime; and there was no reason why this latest advice for nicotine gum should not apply to nicotine pouches. “I believe in a clean nicotine-delivery future,” he said during a telephone conversation in October. “All the stimulation without any baggage.”

At this point I asked whether Cassels-Smith was talking about a very limited range of tobacco- and nicotine-industry products, but he assured me that the ability of SyNic to deliver cleaner products was not as limited as might first be thought. He sees the opportunity and possibility, given the right regulatory framework, for the development of, for instance, many products based on the heat-not-burn principle whereby thermal processes applied to tobacco using temperatures below that needed for combustion was able to deliver the same taste and nicotine satisfaction as a traditional cigarette but without the tar. And he spoke enthusiastically of vapor devices based on SyNic that also were thermally regulated.

Cassels-Smith conceded, however, that SyNic’s impact on traditional cigarettes would be limited only to providing for a delivery that was a little cleaner with higher levels of nicotine, which was what people smoked for, limiting the intake of other compounds. But in almost every other type of tobacco and nicotine product, it could be used almost exclusively to create a much more compelling argument with regulators—an argument that said the consumers of this product were healthy people who were not being made unhealthy by consistently using this product. 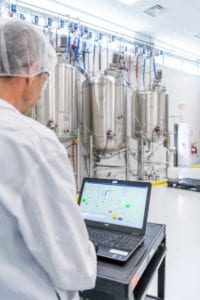 The trouble is, as things stand, there is no level playing field, something that was being reflected in the reaction to SyNic, which, when I spoke with Cassels-Smith, was due for launch within a couple of weeks. Whereas the pharmaceutical industry was looking at the new product secure in the knowledge that it could substitute SyNic for whatever nicotine it was then using without having to resubmit its consumer products for fresh regulatory approval (the synthesized nicotine molecule is identical to the tobacco-derived nicotine molecule), the mood within the tobacco and nicotine industries was different. Although, in theory, tobacco and nicotine companies could also make a straight substitution of the nicotine used in products with premarket tobacco authorization or premarket tobacco product applications (PMTAs) before the U.S. Food and Drug Administration, they were wary of doing so in case they were seen to be making medical claims for those products, which would put them on the wrong side of the regulations and might lead to the FDA categorizing those products as drugs.

And this concern about the interpretation that might be put on the inclusion of SyNic in tobacco and nicotine products was at the base of one of the major issues that was clearly of concern to Cassels-Smith. Given that SyNic is a nicotine that offers the very highest level of purity, it would seem that the ethical thing to do would be to make it as widely available as quickly as possible so that the maximum good was delivered to the maximum number of people. But this is not going to happen—at least not immediately. SyNic will not be made available in the U.S. to consumers or to companies without premarket tobacco authorization or PMTAs under review by the FDA; and outside the U.S., it will be made available only to companies working within the regulations of the countries in which they sell their products.

Why is this? Alas, we are back in Cassels-Smith’s least favorite world—the world of politics. He readily acknowledges the important work that a lot of independent, medium-sized and smaller-sized companies have put into creating products that effectively wean people from cigarette use, and he anguishes over the fact that because many of these companies do not have the resources to submit PMTAs, in effect, they are now being “thrown under the bus.” “Somewhere in the sensibilities of this American, that is anti-capitalist and anti-health,” he said. “I would vastly prefer a published set of standards to guide the industry.”

But Cassels-Smith finds himself in one of those “we are where we are” situations. If he allowed sales of SyNic to individuals and companies without premarket tobacco authorization or PMTAs under review, the FDA, given its definition of a “tobacco” product, might take the view that eLiquiTech was using a nontobacco-derived nicotine to try to circumvent the agency’s authority. At the same time, in the U.S., a state could quickly ban SyNic if the authorities there decided, for whatever reason, that this product might undermine their ultimate goal of creating a smoke-free, nicotine-free world. Add to that the fact that selling SyNic to companies without premarket tobacco authorization or PMTAs under review might not go down well with those companies that have gone through the costly process of creating a PMTA, and it is easy to see how Cassels-Smith finds himself having to tiptoe through a political minefield.

“In my heart of hearts, I want to sell it to everybody because a high tide raises all ships,” said Cassels-Smith. “But my problem is that it is too political an issue right now in the U.S. And rather than having the whole technology killed, I want to sell it to responsible manufacturers, get it widely accepted and then maybe there will be a chance for everybody else. But the product needs to survive to allow nicotine users to take it to the next dimension.” 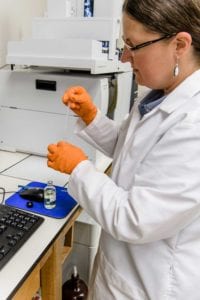 As we came to the end of our conversation, Cassels-Smith said he wanted people to know that he wasn’t against natural nicotine, which he had described earlier as having an impurity profile that was “still quite safe.” But he added that he was very much in support of a new alternative that could change the narrative with regulators worldwide.

I would guess, however, that making such a change is not going to be easy, in part because of something Cassels-Smith alluded to above: the fact that the tobacco/nicotine debate largely concerns the regulators and the pharmaceutical industry while all but excluding the tobacco and nicotine industries.

While reading up on nicotine before my conversation with Cassels-Smith, I was taken with the following sentence in a scientific paper: “This review aims to summarize literature on various modes of nicotine-replacement therapy methods currently used to treat nicotine dependence and to give an overview about future possible approaches to treat tobacco use disorder.” This is another example of the medicalization of tobacco and nicotine use, which often has it that tobacco and nicotine users are “patients” who have to be treated by doctors prescribing pharmaceutical products—often nicotine-based products.

There is some truth in the idea that a consumer is a patient if she goes to a doctor seeking help to quit her habit, but I’m sure that those who don’t would not consider themselves to be suffering from a “tobacco use disorder,” whatever that might be. Take Cassels-Smith, for instance. He is an ex-smoker who now uses nicotine pouches, which he has in his mouth almost constantly; and this is what he told me about his habit: “Do I think I’m doing myself harm?” he asked. “No, because I’m taking the cleanest forms of nicotine that I can. Do I think it [tobacco/nicotine] is much maligned? Absolutely. Do I try and speak out as much as possible? Absolutely. But sometimes I believe I am talking to people who don’t want to find a solution; they just want to call it a problem and get rid of it.”

Despite all this, Cassels-Smith ended on a positive note, saying that SyNic was a tool that could change the narrative. And partly, his positive outlook might be down to the fact that these are early days. One important nontobacco application for SyNic might turn out to be its use in nicotine patches. These patches could be used long-term by people trying to ameliorate the symptoms of Alzheimer’s disease, but long-term use can cause skin irritation among the older people who typically suffer from this disease. SyNic is said to be smoother on the skin and therefore allows for the necessary long-term use. As Cassels-Smith said, there are many different ways in which SyNic could be used, and there are “other unique things that I cannot mention right now because they are still in the process of being patented.”