During its general meeting, ITGA debated tobacco growers’ challenges in the wake of the Covid-19 pandemic and a deepening economic crisis.

Covid-19 presented new challenges to tobacco farmers, who before the pandemic were already juggling issues such as good agricultural practices (GAP), proper use of agrochemicals, child labor prevention and the struggle against deforestation.

As tobacco farmers’ only global voice, ITGA’s mission is to defend leaf growers worldwide. The organization makes sure that there are markets for leaf tobacco and that they work. It supports growers in negotiations with buyers and protects farmers against overregulation.

More challenges loom already. For example, the World Health Organization Framework Convention on Tobacco Control’s (FCTC) next Conference of the Parties, COP9, which will take place in November 2021, is likely to look closely at the environmental impact of tobacco production.

China, which accounts for around 50 percent of global FVC production, has stabilized its production since 2018, a trend expected to continue during 2020 and 2021. Production in these two years is expected to reach 1.74 billion kg. Brazil turned out to be the main beneficiary of the trade war between the U.S. and China, whereas many U.S. growers filed bankruptcy.

Brazil earns the most from leaf tobacco, generating $2.05 billion from tobacco leaf exports in 2019. At the other end of the scale, Tanzania earned $67 million from its tobacco sales. With the difference between costs and revenue razor-thin, profiting from FCV or burley cultivation is a difficult task, Genov noted.

Covid-19-related travel restrictions created shortages of tobacco-farming inputs and migrant laborers, who often also struggled to secure visas, Genov said in a joint presentation with Shane MacGuill, senior head of tobacco research at Euromonitor International. In many countries, including Argentina, Brazil, India, Malawi, Zambia and Zimbabwe, the marketing season was delayed, briefly interrupted or it began with additional protective measures. Growers were prohibited from attending sales and many international leaf dealers were unable to visit auctions. The industry also struggled with a lack of long-term leaf storage facilities. What’s more, lower tobacco consumption caused demand for leaf to decrease. Countries that did not deem tobacco an essential business often closed sales points, leading to an abrupt decline in demand for legal cigarettes and a flourishing illicit trade. Manufacturing facilities in some markets were forced to close, decreasing production and inventories.

“Covid-19 is a multigenerational financial crisis,” MacGuill said. “We saw a 5 percent loss in the gross domestic product (GDP) globally this year and expect downtrading in tobacco products over the next years.” The pandemic could also drive additional restrictions on tobacco as Covid-19 has broadened support for large-scale coordinated actions on health issues. In many markets, governments will likely increase tobacco taxes to help pay for their responses to Covid-19. MacGuill anticipates this trend to extend to vapor products in some markets.

While there was downward pressure on cigarette volumes during the pandemic, some markets remained surprisingly robust, according to Euromonitor. Consumers bought 5.06 trillion cigarettes in 2020; excluding China, they purchased 2.75 trillion units, representing a decline of 3.7 percent compared to 2019 (-5.6 percent excluding China). The global cigarette market value stood at $692 billion in 2020, a decline of 0.1 percent over 2019, or 0.3 percent excluding China. Illicit cigarette trade stood at 12 percent outside of China in 2020, according to Euromonitor. It is anticipated to rise to almost 16 percent by 2024.

While combustible cigarette volume and value will likely decline further in the next five years, Euromonitor predicts a rise in vapor products value, especially for closed systems and heated-tobacco products. Modern oral products, by contrast, are expected to gain momentum as people spend more time in private settings. The category was worth $800 million globally in 2020, MacGuill said, and is forecast to grow by 8 percent to 2025.

MacGuill expects demand for new substances and natural actives to increase. Global cannabis sales, which stood at $35 billion in 2020, will reach $95 billion by 2025, according to Euromonitor.

Hemp as the savior?

William Snell, co-director of the Kentucky Agricultural leadership program, investigated the potential of hemp as an alternative for tobacco growers to help offset declines in demand for their original crop. The value of tobacco production in Kentucky fell from $980 million in 1992 to $230 million in 2020. For tobacco farmers, the switch to hemp should be a relatively smooth one as they have experience with a similar production model, an established infrastructure and are familiar with producing a labor-intensive crop subject to strict government oversight.

The 2018 U.S. Farm Bill approved commercial hemp production nationwide. Total returns above variable costs per acre for hemp production amounted to $20,283, which was higher than that for tobacco cultivation. Farmers in Kentucky and other states substantially increased their hemp crops, which resulted in overproduction by 2019. Growers faced processing challenges, investors exited the business or went bankrupt and prices fell by around 75 percent.

The prospects for 2021 are bleak as the industry still struggles with unsold stocks and adjusts to regulatory changes. Going forward, Snell expects hemp growers to face challenges similar to those in tobacco, including regulatory uncertainty, a trend toward contracting and consolidation. 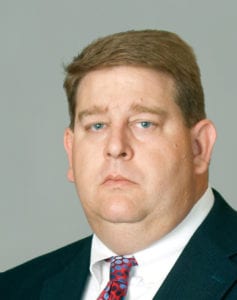 Lea Scott, vice president of agronomy services at Universal Leaf, called for tobacco growers to diversify to sustain their operations. Diversification, he said, could even include nonfarming activities, such as opening a Bed and Breakfast. Before diversifying, however, growers should carefully examine environmental conditions, skills and resource requirements, among other factors.

To enhance tobacco farmers’ livelihoods, British American Tobacco (BAT) has set up its “Thrive” program, which includes 250,000 growers and covers more than 80 percent of the company’s leaf purchases. In addition to focusing on natural resources, the program aims to protect human rights in optimizing farm profitability and ensure farmers’ health and safety. In 2019, BAT commissioned independent climate change impact assessments in ten countries to support its farmers in increasing their resilience to climate change.

Gary Foote, head of global sustainability at Alliance One, advised participants in the conference on the correct use of crop-protective agents, and Rodrigo Tessera, head of business at Kilimo, presented his company’s project on irrigation efficiency. By 2030, half of the world population will live in regions with severe water scarcity, and two-thirds of the world population could be under stress conditions.

Average global irrigation efficiency currently stands at 59 percent, wasting 20 trillion liters of water each year. Kilimo has developed a tool that can measure, reduce and exchange the potable water used in the field on a global scale with the help of small satellites and weather stations. Through its “irrigation academy,” the company has trained more than 5,000 smallholder farmers online. In 2019, it helped save more than 19 billion liters of water.

The future of agriculture is digital, and it can save farmers a lot of money, believes e-agriculture company Agrivi. CEO Matija Zulj explained how its software solutions for the agricultural value chain can contribute to managing the supply chain more efficiently and sustainably.

As became clear during the issues day, the tobacco industry remains strongly committed to the fight against child labor. Regulators, too, are cracking down. In early 2021, the European Union (EU) will present a legislative proposal on mandatory human rights and environmental due diligence in supply chains, which is expected to be implemented in mid-2021 to late 2021 and will also apply to non-EU companies conducting business in the EU.

Supply chain due diligence is an ongoing improvement and risk management process. In the past decades, there has been an increasing global focus on human rights and the environment, which reached its tipping point with the U.N. Guiding Principles on Business and Human Rights in 2011.

In 2015, the United Nations introduced its Sustainable Development Goals (SDG), which must be met by 2030. Meanwhile, many countries, such as Germany, France and the Netherlands, have implemented national laws to make sure processes are in place. Companies must demonstrate that a certain degree of due diligence has been implemented, for example. Tobacco companies cannot import cigarettes into, for example, the Netherlands, if there are underage workers in their supply chains.

Established in 2000, the Eliminating Child Labor in Tobacco Foundation (ECLT) is a platform for coordinated action, uniting the main players in the industry to accelerate progress against child labor in areas where tobacco is grown. Led by Karima Jambulatova, ECLT’s executive director, the organization has been extending its reach to other crops to prevent child labor displacement between crops and sectors. The goal is to eliminate child labor not only in tobacco but in all agriculture.

During its issues day, ITGA also provided an overview of the situation in various leaf-growing regions. Mayiwepi Jiti, president of the Zimbabwe Integrated Commercial Farmers Union (ICFU), described the most pressing issues for her country. Zimbabwe has committed itself to the UN SDG to end child labor, respect the rights of workers and ensure workplace health and safety. Compliance with these practices, however, also increases growers’ cost.

The requirements hit an agricultural economy with mostly small-scale farmers who already face a decline in the production area from last year’s growing season. The Tobacco Marketing and Industry Board (TIMB) expects farmers to plant 150,000 ha of tobacco in the 2020–2021 season.

While school is compulsory, it is not cost-free. Many small-scale farmers cannot afford hiring labor and often rely on family instead. Underfunding leads to labor issues, while there is a lack of care for the farming communities. Profits for farmers are slim, whereas corruption is widespread. While Covid-19 has given Zimbabwe’s tobacco industry some insights on keeping children from auction floors, Jiti said, clean water and proper housing for growers should be made mandatory.

Heliodoro Campos Castillo, manager of the National Tobacco Fund in Colombia (Fedetabaco), related a tale of tobacco growers’ resilience in his country. Tobacco cultivation in Colombia decreased from 9,589 ha in 2011 to 3,550 ha in 2019.

Previously, the Colombian industry comprised small companies with established links to local communities. After multinationals started entering the market in 2006, many farmers had trouble adapting to the new systems and left the sector. Between 2011 and 2019, Fedetabaco initiated programs to improve housing conditions, food safety and the supply chain. Investments were financed by municipalities, the tobacco industry and institutions. In 2019, Philip Morris International (PMI) left the country; BAT will follow in 2021. PMI’s exit meant that 1,340 families lost the ability to cultivate tobacco, leading to an economic impact of $4 million. With support of the Department of Agriculture, famers were encouraged to diversify into crops such as lemons, manioc and corn.

The EU is home to 250,000 tobacco growers, families and seasonal workers, most of whom are in economically less-developed regions, explained Parszem Noworyta, secretary general of UNITAB, the international union of tobacco producers, explained. Tobacco cultivation secures farmers’ income as the regions where it is grown are often unsuitable for other crop or nonagricultural activities.

Throughout the EU, leaf tobacco production decreased significantly between 2009 and 2019. Reasons included higher production costs compared to countries outside Europe, the pressure on the tobacco industry and changes in multinationals’ purchasing policies, which involved reducing orders for European tobacco.

According to Noworyta, there are additional threats ahead, including illicit trade, regulation and EU resistance to financial support for tobacco growers. Meanwhile, the parties to the FCTC are talking about nicotine levels, alternatives to tobacco growing, and sustainability, among other topics, without involving the sector in the discussions.

Stabilizing tobacco cultivation and stopping the downward trend hence remains a struggle, according to Noworyta. Growers need to adapt to the market. One opportunity is seen in smokeless tobacco products. For UNITAB, Noworyta concluded, being a proactive force playing an important part in the debates of international and European organizations is vital to secure the future of European tobacco cultivation.