“This year (fiscal year 2021), the states will collect $26.9 billion from the 1998 tobacco settlement and tobacco taxes,” the CTFK wrote in a statement. “But they will spend a paltry 2.4 percent—just $656 million—on tobacco prevention and cessation programs. The total is an 11 percent decrease from last year and less than a fifth (19.8 percent) of the total funding recommended by the Centers for Disease Control and Prevention (CDC).”

Alaska (89.7 percent), Maine (87.4 percent) and Utah (79.4 percent) are the only states to provide at least three-quarters of the CDC-recommended funding for tobacco prevention and cessation programs. 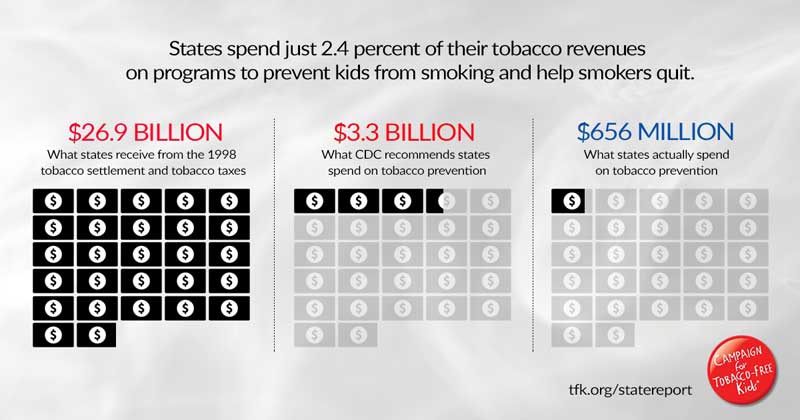