The United Kingdom is considering a plan to force big tobacco companies to pay the annual cost of cleaning up discarded cigarette butts.

The move comes after fresh evidence reveals that cleaning up littered cigarette butts currently costs U.K. local authorities around £40 million ($55 million) per year. Despite smoking rates being at their lowest recorded level, cigarette filters continue to be the most littered item in England.

Among the options being looked at by ministers is a regulatory extended producer responsibility scheme for cigarette butts in England, a new power currently being legislated for in the environment bill. This would require the tobacco industry to pay the full disposal costs of tobacco waste products, ensuring the sector takes sufficient financial responsibility for the litter its products create.

“Cigarette butts are a blight on our communities, littering our streets or ending up washed down the drain and polluting our rivers and oceans,” said Environment Minister Rebecca Pow in a government press note. “We must all take action to protect our environment. We are committed to making sure that the tobacco industry plays its part. That is why we are exploring how cigarette companies can be held fully accountable for the unsightly scourge of litter created by their products.” 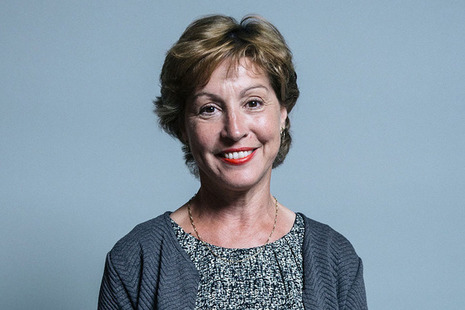 We must all take action to protect our environment. We are committed to making sure that the tobacco industry plays its part.

“We are making excellent progress in our ambition to be a smoke-free country by 2030, with smoking rates at a record low,” said Public Health Minister Jo Churchill. “While this is making a substantial impact on the public health of the country, the environmental impact of smoking due to cigarette butt and package littering is still a major issue.”

According to Keep Britain Tidy research, smoking-related litter is the most prevalent form of litter in England, making up 68 percent of all littered items and found on around 80 percent of surveyed sites.

Most cigarette butts are single-use plastic and contain hundreds of toxic chemicals once smoked. Littered cigarette filters can persist in the environment for many years and release these chemicals to air, land and water, harming plant growth and wildlife.

According to the Litter Strategy for England, the most effective way to tackle smoking-related litter is by reducing the prevalence of smoking in the first place. The government is committed and will publish a new tobacco control plan for England later this year to deliver its ambition of a smoke-free country by 2030.

At the September roundtable on smoking-related litter, Pow encouraged parties to consider whether a nonregulatory producer responsibility scheme could be developed for tobacco waste products. Having considered further evidence, the government has decided that a regulatory approach may be required to ensure that the industry takes sufficient financial responsibility for the litter created by its products and to prevent them from undermining public health policy.

In August, Pow threatened the tobacco industry with tough action unless it did a better job of controlling cigarette litter.