Youth empowerment, the main objective of the Growing Up Right Institute, is a key element for transformation in Brazil.

The United Nations has declared 2021 the International Year for the Elimination of Child Labor. Although child labor decreased by 38 percent in the past decade, it still affects 152 million children worldwide. According to the International Labor Organization (ILO), around 70 percent of child laborers work in the agricultural sector. Tobacco cultivation plays an inglorious role in this issue—child labor still occurs in developing countries, such as Malawi and Indonesia, but also in rich countries, such as the United States.

Brazil, the world’s No. 2 tobacco producer, which in 2020 exported $1.4 billion in leaf, according to Statista data, is familiar with the issue too. In 2008, the country barred children under 18 from any work with tobacco and imposed penalties for child labor violations for farmers, factories and companies that purchase tobacco leaves from fields that employ children. Through extensive information campaigns, the government has raised tobacco farmers’ awareness about the hazards of nicotine and pesticide exposure, particularly for children. Despite the country’s understaffed labor ministry and lack of resources to carry out sufficient inspections, Brazil has been praised for its progress in addressing the problem.

“The tobacco sector is, without any doubt, a model of child labor eradication in the rural areas in Brazil,” says Iro Schünke , president of the Growing Up Right Institute (Istituto Crescer Legal, or ICL). “The fact has already been acknowledged by the ILO. For over two decades, we have been fighting the problem, and it is no exclusivity of the tobacco sector in the rural area.”

Between 2000 and 2010, the greatest reductions in child labor reduction took place on smallholder tobacco farms, according to the Brazilian Institute of Geography and Statistics. During that decade, the sector lowered the rate of child labor in the tobacco supply chain by 58 percent in Rio Grande do Sul, even as the area dedicated to tobacco cultivation doubled. The national average reduction of child labor, Schünke  points out, is 10 percent.

Numerous awareness initiatives on farmers’ health and safety and child and adolescents’ protection, launched by Brazil’s tobacco industry since 2009, have contributed to this development. According to Schünke , the tobacco industry is the only agricultural sector in Brazil to require school enrollment forms and school attendance certificates of school-age children as a condition for the renewal of commercial contracts with farmers.

“The main challenge to the theme in the rural area, especially in family farming, is a cultural question,” says Schünke . “During all those years of holding seminars, we perceived a feeling of great anxiety among the farmers about what to do with their children once they conclude their elementary school. The shortage of rural schools is just another problem in the rural area and, along with the problem of drugs and idleness, the parents end up contributing toward a cultural viewpoint that places great value on work, thus encouraging the children and adolescents to engage in activities inappropriate for their age.” 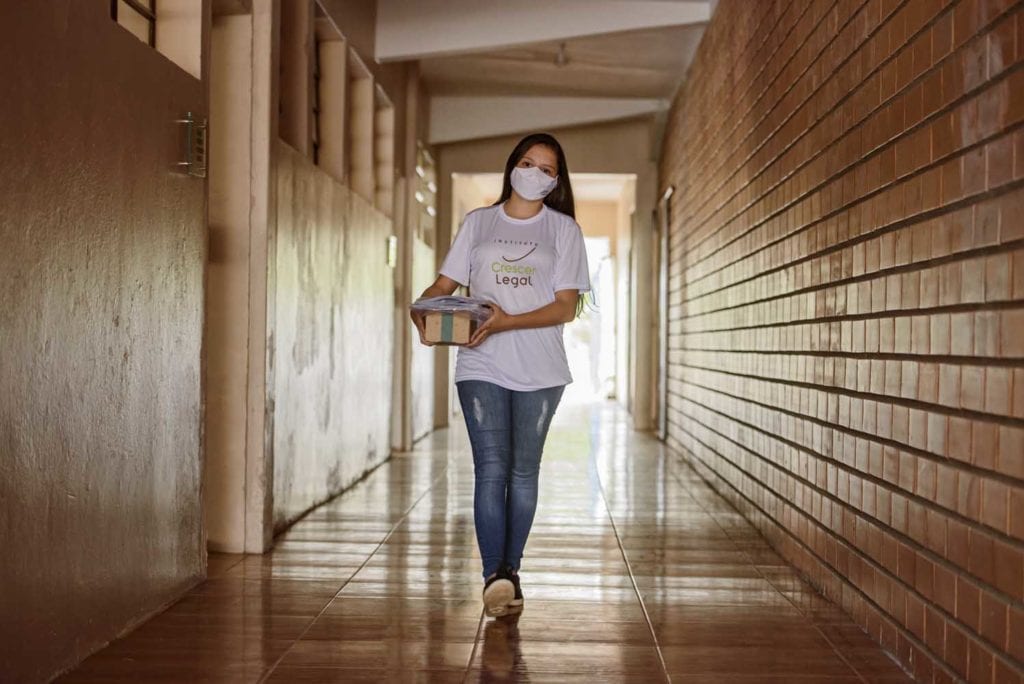 Awareness work was necessary to help parents place greater value on education while public policies were needed to strengthen the schools in rural areas, according to Schünke . In 2015, SindiTabaco, Brazil’s Interstate Tobacco Industry Union, and its associate companies established the ICL. Supported by experts and organizations involved with education and the fight against child labor, the initiative provides young people with opportunities in rural areas.

It is currently focused on southern Brazil—a major tobacco cultivation region—and provides children between the ages of 14 and 17 who want to follow in the footsteps of their tobacco-growing parents with training programs in rural administration and entrepreneurship. The curriculum includes studies of the rural properties, diagnosis of the municipality and region based on the local productive arrangements, mapping of local partnerships and strategic alliances. It also involves the development of group work, engaging the families and communities, as well as product creation and viability studies.

The adolescents are hired as apprentices by tobacco companies and are remunerated in compliance with the country’s learning law. Instead of working, the participants carry out theoretical and practical activities within the premises of the school, geared toward the reality of their families and communities, thus stimulating life projects and personal development without leaving the rural areas. Exclusively focused on rural management and entrepreneurship, there is no training relative to any specific type of rural activity, not even tobacco, Schünke  explains. “The young are provided with tools to think about their life projects, whether in the rural setting or in town, with an eye on sustainability.”

The training takes place in the shift opposite regular school hours and comprises 900 hours of tuition in one year. “The young apprentices [enjoy] the same benefits as the apprentices in town,” says Schünke . “This is a way to keep them away from inappropriate activities for their age and, at the same time, provide them or their families with a source of income,” says Schünke . “The course also provides the adolescents with a new vision on the countryside—they come to know about possibilities that have not yet been explored by their family members; they come to grips with the value of the land and acknowledge the farm as business. “Within this context, it is not a rare thing to see a change in the way some young people look at the rural activities and at the countless chances to do business in the countryside, whether as farmers, service providers, educators or leaders in their communities, for example.”

Rural exodus is a major issue in Brazil, which is one of the most urbanized countries in Latin America. According to Statista, almost 87 percent of the population lived in cities in 2019; their share has continuously increased over the past decade.

In its six years of operation, nearly 500 young people have benefited from the ICL’s rural professional learning program. The initiative, says Schünke , has gained momentum at national and international levels. “When they finish the course, the youth are more qualified to understand that it is through qualification and education that they can improve their quality of life. Furthermore, they are in a better position to understand which tasks are appropriate to their respective age and the importance of their extended and continuing education, carrying on with their studies of both their elementary education and higher education. As a result, they are better prepared to make their choices for the future and engage in professional work as soon as they achieve the minimum age required.”

Apart from the training program, the institute offers courses focused on gender equality and on entrepreneurship in education. “Us for Them—The Female Voice in the Countryside” is a program designed to develop the communication skills of young rural girls. One of its objectives is to keep all rural communities informed through local radio programs. “Four editions of the program have already been conducted, starting in 2017, focused on former girl students of the rural professional learning program.”

In 2020, the institute launched a pilot of its program “Good Practices in Entrepreneurship for Education” in the municipality of Cangucu, Rio Grande do Sul. The initiative consists of sharing methodological tools tested and approved by the pedagogical team of the Growing Up Right Institute with the aim to qualify teachers able to multiply these practices geared toward administration and entrepreneurship.

For the time being, all the activities take place exclusively in Rio Grande do Sul, Schünke says. “We have plans to extend the activities of the institute to other tobacco growing regions in Brazil.”