During a telephone call on April 10, 2019, Guy Harvey, the CEO of logistics company Transcom Sharaf Group, which is based in Beira, Mozambique, told me that while his business had suffered “a few blows” from Cyclone Idai, it would come out of it stronger than it went in and better equipped to deal with any future extreme weather events (see “After the Storm,” Tobacco Reporter, May 2019). The port was operating, and the infrastructure was there, “so it’s business as usual,” he added.

It is astonishing how resilient some companies are. For those who need reminding, Cyclone Idai, which struck Malawi, Mozambique and Zimbabwe in the middle of March 2019, was described by the U.N. as one of the worst weather-related disasters in Africa. Other agencies rated it as one of the worst in the Southern Hemisphere.

Given what happened two years ago and Transcom’s response to those events, I wasn’t surprised when, at the end of February this year, I was in touch with Harvey again and learned that, while the Covid-19 pandemic too had delivered a few blows to the company’s tobacco business, these had been fended off with judicious changes to normal and planned methods of operation. Nor was I surprised that, in one sense at least, there was a feeling that the business might come out of the pandemic stronger than it went into it.

As part of an email exchange, and in answer to a question, Harvey told me the pandemic had to some extent disrupted leaf tobacco delivery times on those markets that use Transcom’s facilities. There had been a delay in getting sample test results and, as a consequence, delays in obtaining sales confirmations and shipping instructions, which had resulted in longer-than-usual storage periods of higher volumes, he said. In addition, some destination countries also had higher-than-usual tobacco stocks at ports or storage facilities, the result of their own shutdowns; so they could not accept new-crop tobaccos as soon as would normally have been the case. “A lot more shipments had to be carefully scheduled to limit volume arrival per month, which required careful planning,” said Harvey. “In some cases, financial pressures meant sales were rolled to 2021 completely.”

Meanwhile, Rene Luyten, a director of b-Cat, which, as part of its business activities, works closely with tobacco warehouse and logistic companies, made the point that whereas the pandemic had affected all businesses, this didn’t mean necessarily that business activities were down in all areas; in some cases, it just meant that different ways of working had had to be adopted. Before the pandemic, it was usual to visit customers’ sites, whereas now, some of those “visits” had gone virtual—were being made via video calls, which in most cases worked well. And though some new projects had had to be put on hold last year, the company had been able to send technicians to install its Controlled Atmosphere Chambers, which, for instance, are used by some warehouse operators to control insects in tobacco stocks.

Harvey pointed out that Transcom had been fortunate in at least one respect because Mozambique had suffered fewer restrictions than other countries in southern Africa and, indeed, than those in much of the rest of the world. The only strict shutdown in Mozambique had occurred in April and May 2020, which was in any case the normal “off season” for tobacco. And while temporary government office closures and restricted working hours had added some documentation delays, the movement of cargo from Transcom’s facilities to and into the port of Beira had hardly been affected.

By the same token, Luyten considers b-Cat to have been fortunate to operate out of the Netherlands, which has operated a “Smart Lockdown,” thereby allowing the company to operate its factory as normal throughout the pandemic. On the negative side, he said, supplier delivery times had been extended, but even this had not affected b-Cat’s operations materially. One upshot of this business continuity is that, not only has the company been able to retain all its employees, but it is expecting to have to take on additional skilled technicians.

While getting tobacco to the port of Beira has been relatively straightforward for Transcom, shipping it out of Beira has presented challenges. During the past three months, some shipping lines have been moving their empty containers to Asia to meet the high demand there, regardless of export contracts already in place, and, in some cases, customers have had to pay higher ocean freight rates than those for which they would have budgeted.

And in this respect, it might be some time until things return to normal. Bart Brouwerens, a director of the Netherlands-based Andromeda Forwarding & Logistics, told me in an email exchange at the beginning of March that rates for containers from the Far East had quadrupled during the past year. Lots of clients were holding shipments in the hope that rates would decrease, Brouwerens said, but “regretfully this is not the case yet.” Vessels were fully booked and, for as long as shipowners were able to attract high levels of freight, they would require their clients to pay premium prices. “I do not foresee any changes to this in the near future,” he added.

As is suggested above, while for most industries and business sectors the pandemic has been hugely negative overall, some individual businesses, while suffering, have been able to take advantage of new opportunities. Transcom, for instance, has seen an increase in tobacco from Zimbabwe being routed through the Beira corridor because of the strict lockdowns and border closures that have been in place on the more traditional routing to Durban, South Africa. “This is an opportunity for us to show the services we can provide and hopefully grow more market share,” said Harvey. In a similar way, while pandemic-inspired restrictions on travel have been largely negative for a company that values face-to-face meetings and believes they cannot be replaced completely with virtual meetings, it believes also that, in the future, regular conference calls will comprise a useful addition to in-person meetings.

The importance of face to face

Luyten seems largely in agreement. He believes that making on-site contacts will remain important (and more fun than remote interactions), but that the travel this involves can be reduced and, indeed, rendered more efficient and effective by augmenting it with video calls, which he sees as being fast and efficient.

One aspect of b-Cat’s business that lends itself well to such ways of working is its vQm (modified atmosphere) packaging system, which is used mainly in the food industry and which is said to be taking off hugely. Luyten explained that this was a simple and flexible system that didn’t need installation support on-site. The client could operate the system without the physical presence of b-Cat personnel.

While dispatching tobacco has created challenges for Transcom, so, too, has ensuring receipt of the supplies necessary for conducting its business. Imports of spares and maintenance items from China and South Africa have been a lot slower than pre-pandemic, and the company has had to get used to holding higher stock levels than it would like to do and to planning further ahead. At the same time, it has been challenging getting the overseas contractors needed to work with some of the company’s specialized equipment and new project developments, which means that it has had to put some projects on hold and make alternative plans in respect of others. 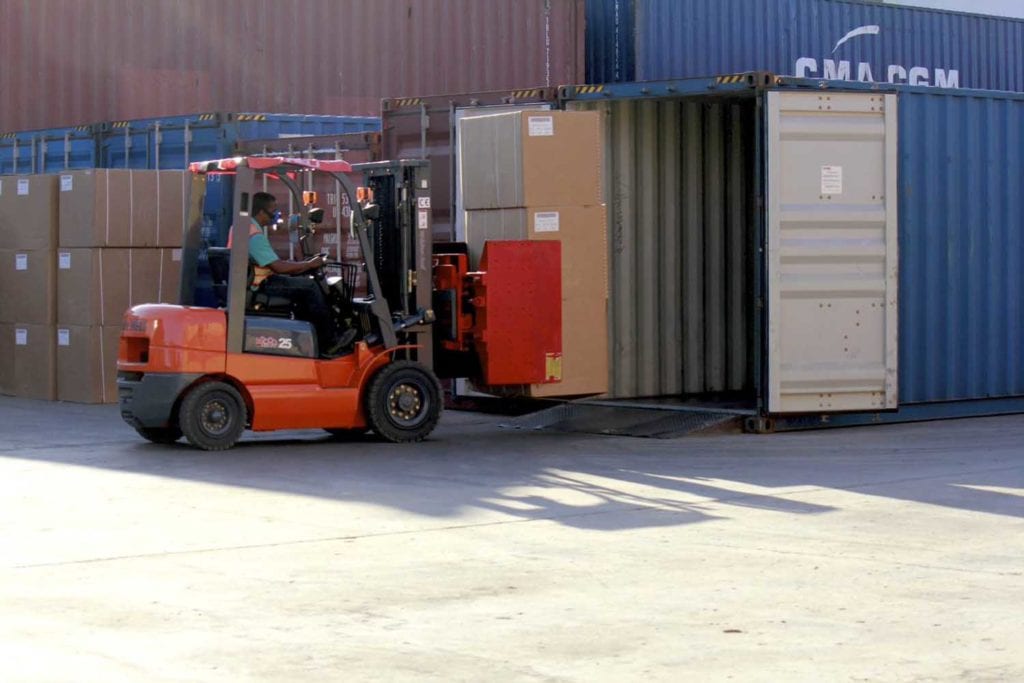 Despite these setbacks, Transcom has retained and protected all its staff, none of whom had tested positive for Covid-19 by the time of our email exchange. Nevertheless, Harvey was not being complacent. Mozambique was currently facing its highest rates of infections, so preventative measures had been increased accordingly, he said. Transcom had introduced a program of continuous education and awareness, something that it hoped had benefitted society beyond the work environment. Strict sanitary measures had been introduced while the wearing of face masks and social distancing had been made compulsory. In addition, the company had introduced takeaway meals from its canteen according to a rotational shift system and increased the number of work shifts with lower staff numbers per shift. It had cancelled all external, noncritical visits to site for a long period, assessed on a case-to-case basis. Additionally, it had stopped all nonessential staff travel, and, where travel was essential, post-trip, home quarantine had been made a requirement.

It is a similar situation at b-Cat, where there have been no positive Covid-19 tests among employees, even those who have been travelling. Many precautions had been taken, said Luyten, both by b-Cat and by the clients on behalf of whom b-Cat had been operating. Strict protocols were in place, and all b-Cat’s employees had been provided with personal protective equipment while, at the same time, receiving clear instructions, including those concerning the need to respect the precautions being taken by client companies. Of course, Luyten added, none of this could eliminate completely the risk created by Covid-19, but, so far, maintaining high standards of hygiene and applying common sense had kept employees safe.

It is too early to say what will be the full financial impact of the changes that have had to be made because of the pandemic, but this should be clearer by the end of this year. Harvey did say, however, that the pandemic had been a tough pill to swallow given that Transcom was still recovering from the effects of Cyclone Idai. The company had been proactive in business diversification planning and had taken advantage of the extra volume coming through the corridor due to the restrictions in South Africa. “We hope to show our new clients that we are a better alternative and establish long-term relationships with them,” he said.

So, what about the future? When, if ever, shall we be back to “normal”? Well, Harvey doesn’t think things will ever return to “normal” but that businesses, such as Transcom, will adapt to the “new normal,” perhaps by the end of this year, by which time, it is hoped, vaccination programs will have been rolled out regionally. Certainly, some protocols introduced because of the pandemic will remain in place indefinitely.

In addressing the question of the future, Luyten put his faith in science and, particularly, in the development of vaccines, though he said that the rollout of such vaccines to everybody was still some way in the future. And even then, he questioned whether life would return to what it was pre-pandemic. In the meantime, he added, it was incumbent on people to make the best of the situation and hope for an end to the loss of family members and friends to Covid-19. 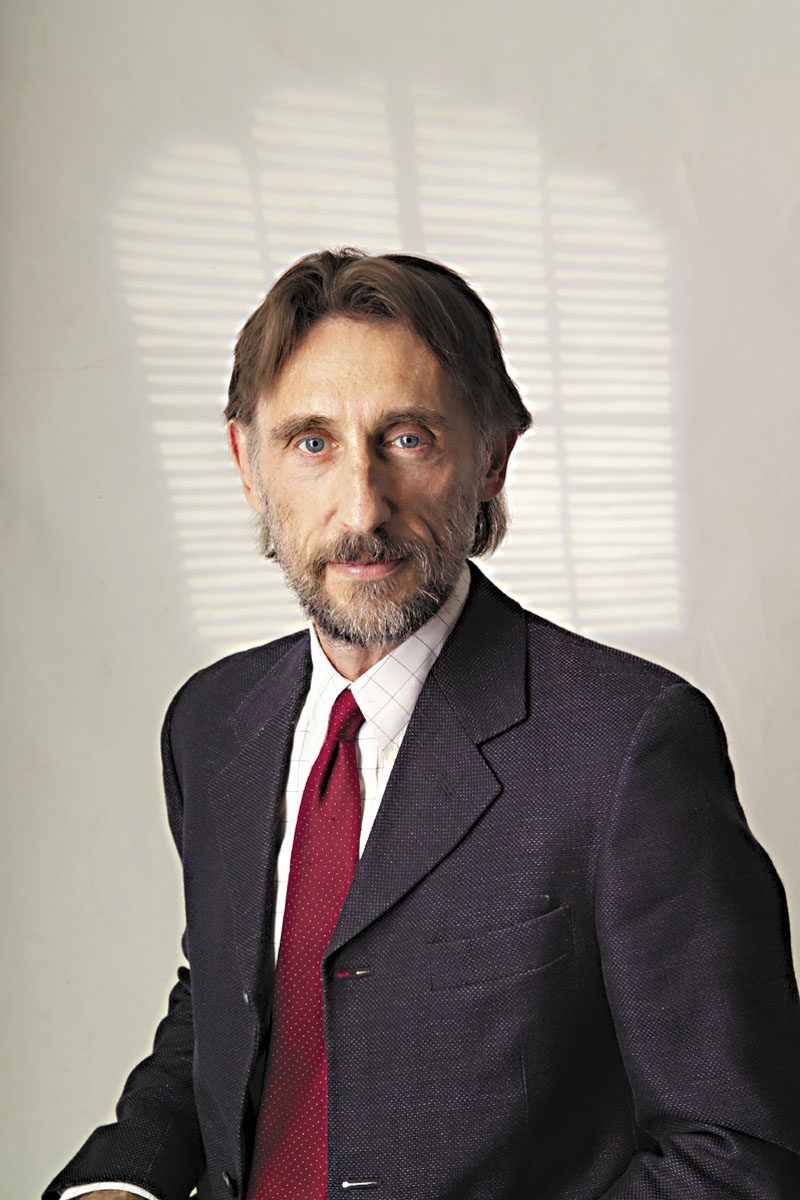