A new joint venture brings security to the supply of Latakia tobacco.

It’s easy to become sold on the idea that tobacco and nicotine products exist to satisfy the demands of people who don’t want to consume them because, bizarre as this narrative might appear to be, it is the one mostly offered up by the general media. Tobacco and nicotine consumers are portrayed as hapless addicts in need of saving by those who know that they know best. Even now, with the traditional tobacco wars largely behind us and with the former combatants from both sides of those wars seemingly marching in step toward a joint vision of a world freed from tobacco smoking, skirmishes, perhaps less intense than those of the tobacco wars but probably more numerous, are still being fought. What once pitched tobacco interests against anti-tobacco interests now pitches the forces of harm reduction against those of the quit-or-die brigades, pitches those who come bearing the gifts of less risky products against those who offer only blood, sweat and tears.

But if the focus is switched from that of the combatants to that of the users of tobacco and nicotine products, a different picture emerges: one in which many of these consumers quietly get on with enjoying their various habits. Take, for example, a recent story told by Chuck Stanion, who took “A closer look at Latakia tobacco” in Tobacco Talk on the Smoking Pipes website. His story is both interesting and informative, but what caught my eye particularly were the comments that followed it, which were clearly generated by an uncommonly calm online community of informed pipe smokers who were looking for and keen to share knowledge about blends, products and much else. Many of them clearly sought out pipe tobaccos that listed Latakia as part of their blends.

And this is not surprising. Because of the way that it is processed, Latakia provides distinctive notes to the aroma and taste of the blends in which it is included. Mostly, these blends are pipe tobaccos, but, apparently, Latakia has also been used in snuff, and there is currently talk of its possibly being used in other tobacco products such as cigarillos and waterpipe tobaccos. 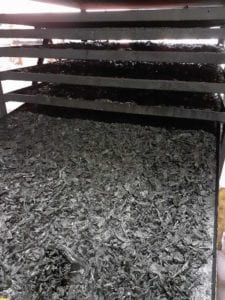 My attention was drawn to Stanion’s story by Frederick de Cramer, a doyen of the Turkish oriental tobacco business who, in November 2020, through his consultancy, Cramer Tobacco, linked with ASTAB in a joint venture partnership, part of whose aim is to expand ASTAB’s Latakia tobacco production and sales, which currently go to the U.S. and countries of the EU.

ASTAB was set up in 2007 by Haldun Babacan and Selcuk Karagozler, former Tekel employees who both graduated from the Tekel Tobacco Technology department of Istanbul University and who, during their time with Tekel and other companies, between them built up a wealth of experience in tobacco grading, purchasing, blending and processing. This experience translated into expertise and put them in an ideal position to tackle the growing need to improve the efficiency and thereby lower the cost of oriental tobacco production, which had undergone little change for decades.

Their efforts led in part to the development and patenting of the automated loose-leaf oriental tobacco curing system known as the Vento system, which provided for the expansion of the Izmir crop by more than 10,000 tons in the East Adiyaman area. But they were also involved in the development of an oriental tobacco harvesting machine, even though, because of the nature of this tobacco and the environments in which it is grown, for a long time it was thought that it would not be possible to automate and mechanize such harvesting. And they developed other methods of harvesting, including one in which the mid-rib of sun-cured Virginia is removed at harvesting, before the lamina is cured using the Vento system. This method reduces costs because it bypasses the need for costly traditional curing and does away with the need for expensive threshing equipment. Not only that, but it is also said to result in a more even cure and, therefore, a better quality tobacco.

Meanwhile, following the passage three years ago of a law allowing for the growing of hemp in Turkey, ASTAB produced machines for extracting fibers from the plant’s stem and producing yarn for the textile industry, and, since then, in collaboration with textile companies, it has produced high-quality cloth from hemp. But its latest project, begun in 2018 in cooperation with Birol Yigiter, a leaf tobacco expert who started his career at Austro Turk, has seen it embrace Latakia production.

Currently, the Latakia production process starts with the purchase of high-quality Izmir tobacco from the classical production areas, though the company has plans to run trials with Basma, Yayladag and other classical oriental varieties. The tobacco is shipped to ASTAB’s warehouse in Izmir where it undergoes an initial process in which the leaves are cleaned and separated. Then, in line with demand, these tobaccos are placed in barns where they are exposed for two to three months to smoke generated by burning the branches of a type of wild Mastica shrub or small tree, smoke that gives the tobacco its unique aroma and smoking quality.

The Mastica shrub that is used in this process grows only in the eastern Mediterranean, and ASTAB obtains its supplies from a pine forest that grows adjacent to where it has built its barns and that it rents from the Turkish Forestry Department. To ensure that its Latakia business remains viable, ASTAB uses the Mastica sustainably, with branches being harvested in such a way that the shrubs regenerate within two years to three years.

After the tobacco leaves are smoked in the barns, they are reconditioned and screened for nontobacco materials, broken lamina, scrap and other unacceptable tobacco. Then they are packed in 50 kg cartons ready for shipment to customers. 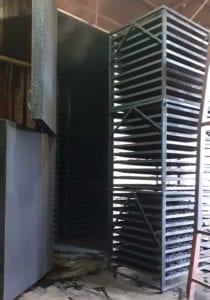 At first, volumes were minimal, and it was only in 2020 that ASTAB enjoyed its first year of substantial production, which raises a question. Why would a company want to get into the Latakia business, especially a company that already has a number of arrows to its bow? After all, putting it mildly, pipe tobacco is a niche product even within the range of OTPs, and Latakia is a niche ingredient in the blends of pipe tobaccos. On top of that, it is clearly a tobacco requires a lot of skill, effort and time for production.

Well, according to de Cramer, while Latakia is a niche product, it is nevertheless much sought after by those pipe tobacco manufacturers that use it in their blends. Additionally, he said, the countries where this tobacco had traditionally been produced, Syria and Cyprus, had, for various reasons, been unable to maintain production of the volumes and qualities required by the market. Throw in the idea that it would not be possible, without an effort that would eclipse any possible returns, to produce Latakia outside of the eastern Mediterranean, and such an enterprise takes on a much more appealing aspect.

And, of course, between them, Birol, Haldun and Selcuk had the leaf expertise and technical know-how that allowed them to quickly get to grips with the processes involved. After only one year and using a prototype container-sized curing barn, they managed to produce a high-quality Latakia that customers approved. And from there, they were able to go ahead with building six barns in 2019, which gave them an annual capacity of 10,000 kg of Latakia.

These barns, which are steel framed buildings covered in corrugated sheet and insulation material, have simple furnaces built under them where the Mastica branches are burnt. Within the barns, trays, on which the tobacco leaves are spread evenly, are stacked one on top of the other on mobile racks that can be rotated about the barn to ensure an even processing of the tobacco.

It is a measure of the early success of this project that, as this story was being written in early January, ASTAB was confident enough to start building, on land adjacent to where its curing facilities stand, another seven barns, which should be ready for use during the first quarter of 2021. Part of the reason for the confidence in this project is down to the fact that the high-quality tobacco necessary for producing Latakia, along with the materials for curing it, are available locally. And to that can be added the fact that Turkey, with its relatively low labor costs and a currency that mostly can be depended on to fall in value against the dollar and euro, is ideal for producing Latakia, which involves a process that is labor intensive, in large part because the furnaces need near-constant attention. In addition, the team that comprises the joint venture is confident that there is still room for improvement in its barns and processes and that even better results can be achieved in the future.

This should be music to the ears of manufacturers developing pipe tobacco blends because, by their nature, any niche ingredients will raise concerns about continuity of supply. And Latakia is clearly an important and intriguing type of tobacco for those charged with such developments. In his story, Stanion quotes Jeremy Reeves, head blender at Cornell & Diehl, as saying that it takes only a little Latakia to characterize a blend. But, at the same time, he was quoted as saying that it was wrong to give the impression that it was a “strong” tobacco because, in fact, it was remarkably mild. It burnt at relatively low temperatures and was forgiving on the palate.

According to an entry in my 1984 edition of the Tobacco Encyclopedia, Latakia tobacco was originally produced in Syria and took its name from the region where the oriental tobacco that was used in the special curing process was originally grown. At that time, the plant was apparently stalk-cut when ripe, sun cured and afterward fumigated over open fires of green wood, which produced copious amounts of smoke. “This gives the tobacco a distinctive spicy aroma without its undergoing real fermentation; the precise flavor depends on the particular wood used,” the encyclopedia entry says.–G.G.