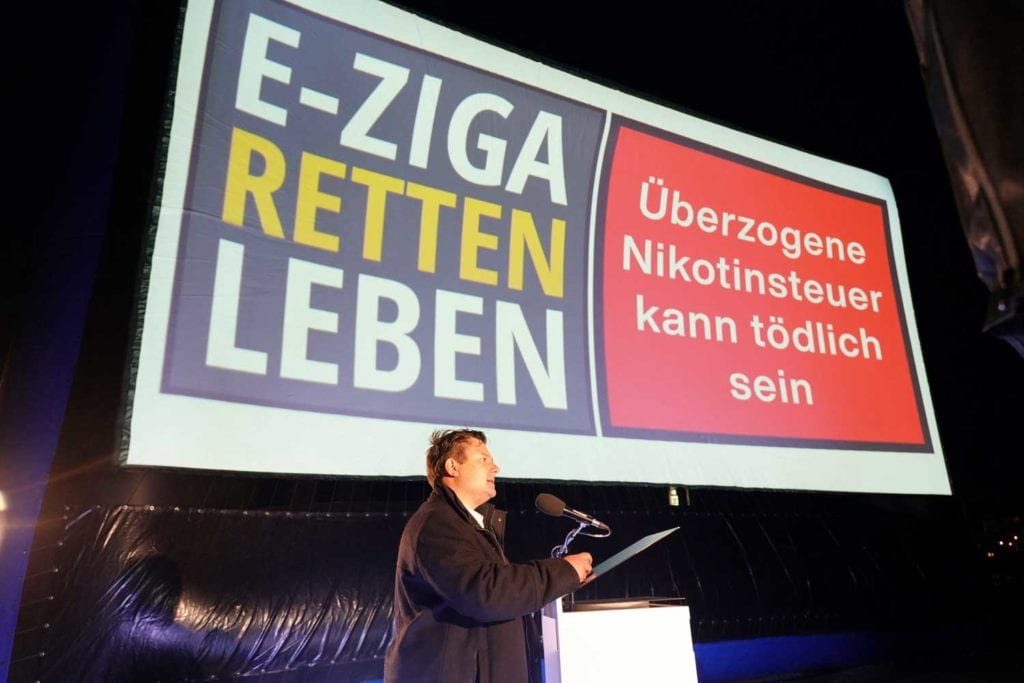 A court ruling allows German e-cigarette retailers and manufacturers to tell customers that vaping is less unhealthy than smoking.

In Germany, the concepts of tobacco harm reduction (THR) and relative risk haven’t quite arrived yet. Several representative surveys show that more than half of the population, especially smokers, mistakenly believe that e-cigarettes are at least as hazardous to health as combustible cigarettes. But perhaps things will get better: A recent court ruling allows vapor companies to set the record on e-cigarettes straight in their communications with consumers.

In February 2021, the Koblenz higher regional court cleared the way by overturning a May 2020 ruling by the Trier District Court. The case originated with a campaign to convert smokers by a Trier e-cigarette retailer, Michal Dobrajc, who is also executive chairman of German e-cigarette association Verband des e-Zigarettenhandels (VdeH). In mid-2019, Dobrajc placed billboards with the slogan “E-Ziga retten Leben—jetzt umsteigen.” The catchphrase is a pun on the German verb “retten” (to save) and means “E-cigarettes save lives—switch now.”

The German center for protection against unfair competition considered this misleading advertising and sued Dobrajc. The center argued that the advertisements suggested that e-cigarettes were harmless and that switching would save smokers’ lives. It argued that the campaign could convince nonsmokers that vaping products didn’t present health risks. The Trier District Court found in favor of the plaintiff and ordered Dobrajc to cease advertising with the slogan.

Dobrajc appealed, and the Koblenz court came to a different result. The catchphrase, the court noted, did not contain any incorrect statements regarding the main characteristics of the advertised products. The advertisements were therefore neither misleading nor unfair. What’s more, plenty of scientific studies documented that e-cigarettes had a significantly less harmful effect on health than combustible cigarettes, the Koblenz court said.

Assigning a life-saving effect to a product is justified when the advertised alternative product has a less hazardous influence on the human body than a conventional cigarette, the court claimed. If consumers switched to e-cigarettes, a decrease of the hazardous impact caused by combustible cigarettes was to be expected, an effect that fundamentally has the potential to decrease the number of severe diseases that could also lead to death.

The “Switch now” campaign, the court further argued, did not encourage nonsmokers to start vaping but was clearly directed at current smokers. The target group of the advertisement, the court found, was sufficiently clear. The court did not permit an appeal. 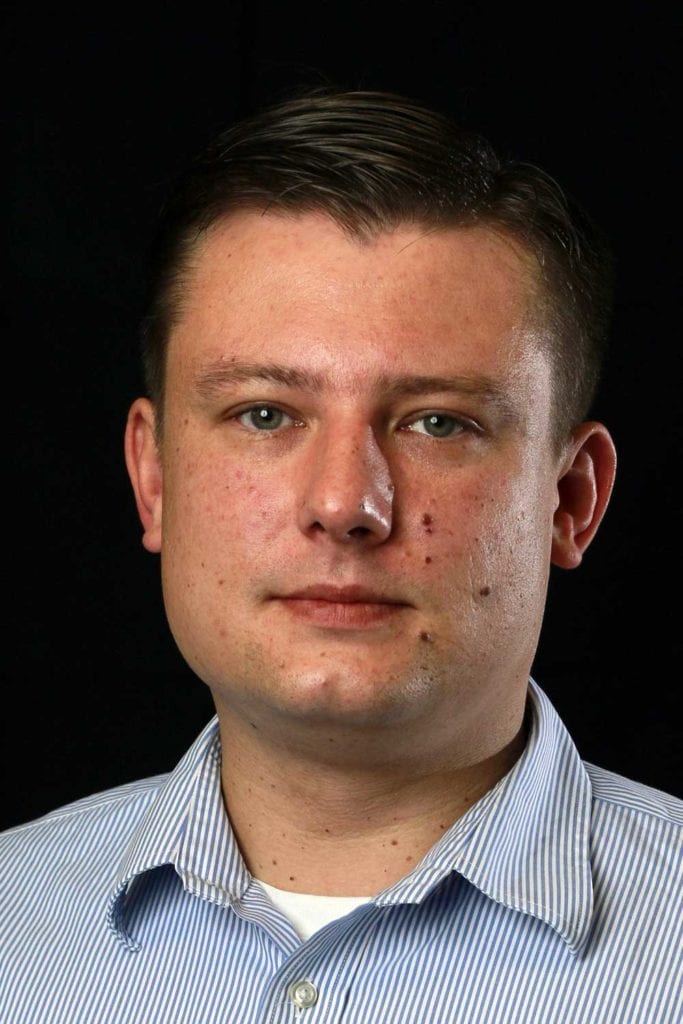 The recognition of e-cigarettes as a less hazardous product by a higher regional court is a milestone as it confirms the reduced risk and explicitly allows such statements as based on scientific evidence.

Dobrajc welcomed the ruling. “The recognition of e-cigarettes as a less hazardous product by a higher regional court is a milestone as it confirms the reduced risk and explicitly allows such statements as based on scientific evidence,” he said. The ruling, however, has no effect on existing or planned advertising bans for e-cigarettes as products, he adds. “These can’t be advertised in Germany anymore, for example in print media or on the internet, and billboard advertising will soon be banned too.”

The ruling is nevertheless a positive development because it enables retailers and manufacturers to use advertising to highlight the reduced risk inherent to vape products. “The VdeH will continue to educate society and politics with independent scientific evidence on the chances of harm reduction,” says Dobrajc.

“Especially with a view to envisaged regulatory measures such as taxation of e-cigarettes [see sidebar] and the revision of the European Union’s Tobacco Product Directive, it is vital that politicians in particular comprehend the chances and listen to science. Every excessive regulation will impact on the perception of the population: ‘If something is particularly strictly regulated or highly taxed, it must be especially harmful for me,’” he notes.

“Our influence as an industry association is limited, but there must be a development that public authorities and especially the media turn away from their often dogmatic views characterized by personal ideology and start to inform in a differentiated and objective manner about e-cigarettes as a product. It’s the only way to bring about a turnaround in the perception of consumers, and we need to place a greater onus on politicians and the media.”

No sin tax for no-sin products 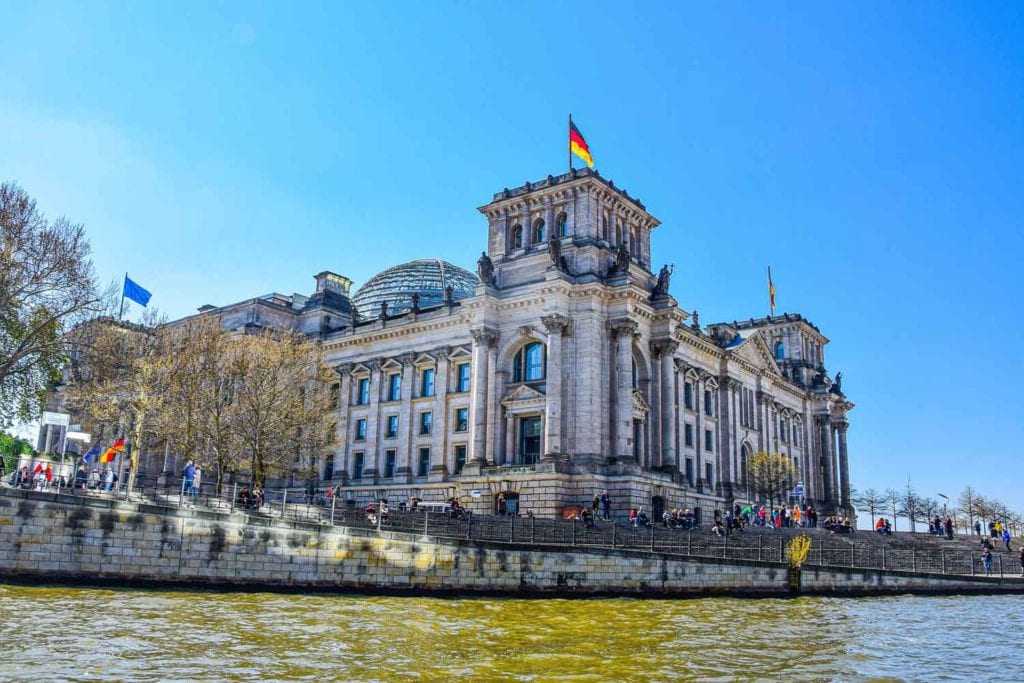 In March, Germany’s ruling coalition, largely driven by the social democratic SPD, proposed a tax on vape products and heated-tobacco products (HTPs) as part of a tobacco tax modernization initiative. The new tax would triple e-liquids prices from the current €5 ($6.03) per 10 mL bottle, making the products more expensive than conventional cigarettes. Germany’s finance ministry expects the measure to generate several hundreds of millions of euros in tax revenue per year.

On a huge screen in front of the Reichstag building, which houses Germany’s Parliament, de VdeH projected imagery depicting former smokers’ experiences with e-cigarettes and scientists’ findings on the products’ harm reduction potential.

VdeH Executive Chairman Michal Dobrajc called the planned tax a disaster in terms of health policy. “Studies have shown that the tax has no relevance for the protection of youths as prevalence of e-cigarette use has been at a consistently low level for years,” he said. “As a result of the horrendous price increase, consumption of adult consumers is expected to shift back to the much more hazardous combustible cigarette, according to a recent survey.

“Besides, it is also likely that no significant additional tax revenue will be generated but that jobs will be destroyed, and a lucrative black market will be created. German customs called the planned tax ‘a startup for criminals’ and ‘a stimulus package for smugglers.’ It is incomprehensible that valuable experience from other countries in this regard is being ignored and that Germany is attempting a solo run while at the same time consultations for a harmonization of e-cigarette taxation are taking place on European Union (EU) level and are intended to be finalized by 2021,” said Dobrajc.

Dobrajc cited Italy as an example of what happens when a country sets its vapor taxes too high. In 2014, Italy became the first EU country to tax e-liquids. And while its rate was only half of what Germany is envisioning, it turned out disastrous. Many vape shops closed while the black market flourished. In 2018, the government felt compelled to slash its vapor tax by 90 percent. Italy had collected only one twentieth of the tax it anticipated. Estonia and Hungary had similar experiences. Germany’s intended tax would be fivefold the EU average.

“With still 11 million smokers in Germany, the e-cigarette is the biggest health opportunity we have. We must take advantage of it. Every tax has a steering effect,” Dobrajc said. “But if this drives consumption back in the direction of the significantly more dangerous combustible cigarette, something is going completely wrong. Making e-cigarettes unattractive through a tobacco tax is like taxing green electricity like gasoline.” Taxation of vape products and HTPs, Dobrajc explains, should be based on scientific evidence and consider products’ relative risk profiles.

The projection in front of the Reichstag complemented the VdeH’s regular talks with parliamentarians in which the association seeks to convey knowledge about vape products. “Interest is growing,” noted Dobrajc. “An increasing number of politicians understand the context and set straight their perceptions of vape products and their health protection potential. As politicians attach more importance to scientific evidence, resistance against the draft law increases across all political groups. The parliamentarians think carefully whether they want to take on responsibility for an experiment at the expense of the health of millions of smokers.”

Dobrajc believes the initiative in Berlin has achieved its objective. “With the event, we showed that there is serious resistance against the bill and that our industry is looking for dialogue. And exactly this dialogue took place: During our demonstration, many parliamentarians were leaving the building, and we were able to have constructive exchange with them. This way we could also reach politicians who previously had perhaps not taken our written information into account.”—S.R.