Health advocates and vapor industry groups criticized Canada’s proposal to ban all flavored vaping products except for tobacco, mint and menthol. Published June 19 in the Canada Gazette, the draft legislation was criticized for falling short by tobacco control advocates and for going too far by the Canadian Vaping Industry Association (CVA).

The CVA warned that if the flavor ban is implemented, it may push hundreds of thousands of consumers back to smoking or to the black market. “There is mounting evidence that flavors reduce cravings and increase smoking cessation success,” the organization wrote in a press note. “Research from Yale School of Public Health finds that smokers that quit using a flavored product are 2.5 times more likely to be successful.”

“We have repeatedly shared the science on vaping,” said Darryl Tempest, executive director of the CVA. “Regulators are aware of the important role flavors play in the adoption of vaping by smokers. A flavor ban will reduce the appeal of the product and will sentence many smokers to their death. There is sufficient data from regions with flavor bans to provide a clear understanding of the consequences. Flavor bans do little to protect youth and instead increase smoking rates and strengthen the black market.” 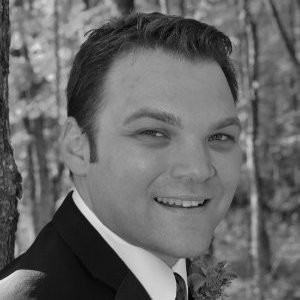 A flavor ban will reduce the appeal of the product and will sentence many smokers to their death.

ASH Canada, by contrast, described the decision to exempt mint and menthol from the flavor ban as an unacceptable concession to the vaping industry.

“The proposed regulations will not adequately protect Canadian youth from flavored vaping products” said Les Hagen, executive director of ASH, in a statement. “Menthol is the second most popular flavor among youth vapers. A partial ban on flavored vaping products in the U.S. resulted in massive switching to menthol flavored products. We expect a similar result in Canada if these regulations are approved.”

“There is no scientific justification for exempting menthol vaping products,” says Flory Doucas, co-director and spokesperson for the Quebec Coalition for Tobacco Control. “Menthol is the second most popular flavor among youth, tied with mango. We know that flavors are one of the main factors that attract young people to vaping, causing all kinds of health risks in addition to being one of the most addictive substances on the planet.”

The health groups decried the influence of the vaping industry on the debate. The CVA has been the most active of all lobbies on Parliament Hill in May, wrote ASH, citing The Lobby Monitor.

Over 400,000 Canadian youth are using vaping products, according to Health Canada’s latest survey conducted in 2019.

Stakeholders can comment on Canada’s draft flavor regulations until Sept. 2, 2021.