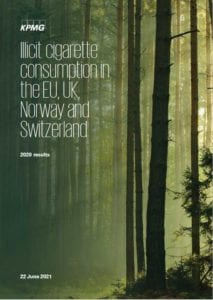 While total cigarette consumption continues to decline, the share of illicit cigarettes in Europe increased by 0.5 percentage points to 7.8 percent in 2020, according to a new study by KPMG.

The increase of the illicit cigarette market—which comprises contraband, counterfeit and illicit whites—was driven by an unprecedented 87 percent surge in counterfeit consumption. The tax loss for governments of the EU’s 27 member states now amounts to approximately €8.5 billion ($10.15 billion).

The annual study, conducted independently by KPMG and commissioned by Philip Morris International, evaluated the consumption and flows of illicit cigarettes in 30 European countries—the 27 EU member states as well as U.K., Norway and Switzerland.

It shows how legal and illicit cigarette consumption was impacted by the Covid-19 pandemic, a period of lockdowns and restricted movement of people within the EU coupled with declines in affordability. The report estimates that total consumption of cigarettes declined by 4.7 percent in 2020 to 438.8 billion in the EU member states, while the Covid-19-related border controls and travel restrictions resulted in a sharp decrease of nondomestic consumption, which declined in 2020 by 18.5 percent (11.9 billion cigarettes). The decline in total cigarette consumption also coincided with the growth of 6 billion cigarette equivalent units in the fine-cut tobacco category in 2020.

Consumption of illicit whites and other contraband cigarettes decreased year-over-year, but these declines were more than offset by an increase in counterfeit, which almost doubled in 2020, equating to 10.3 billion fake cigarettes, up from 5.5 billion in 2019. This was estimated to be driven mainly by an unprecedented 609 percent increase in counterfeit cigarette consumption in France, reaching 6 billion fake cigarettes consumed in the country alone. 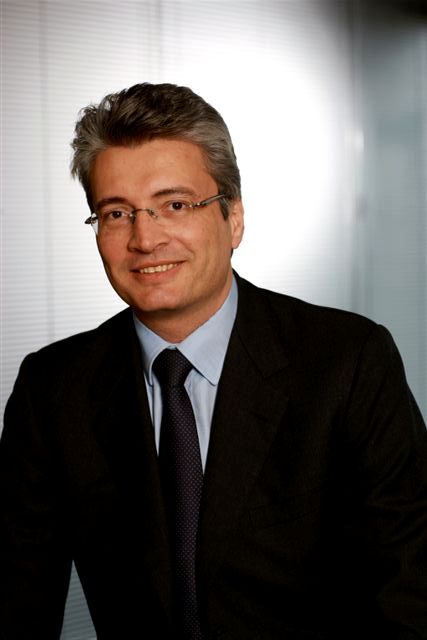 It is crucial to protect consumers against counterfeits and that law enforcement, governments and trademark owners come together as one to address and eradicate illicit trade.

“It is crucial to protect consumers against counterfeits and that law enforcement, governments and trademark owners such as ourselves in the private sectors come together as one to address and eradicate illicit trade in Europe and beyond,” said Alvise Giustiniani, vice president of illicit trade prevention at PMI, in a statement. “Eliminating illicit trade is particularly important within the context of PMI’s transformation toward a smoke-free future, and we need to continue working in partnerships to address any potential illicit trade threats, including in our novel products. Compliance to the law and effective enforcement against criminals profiting from illicit trade is an absolute must.”

Interviews with law enforcement, conducted by KPMG as part of the study, indicate that organized criminal groups continued to move their operations inside the EU borders as a large proportion of illicit whites and counterfeit cigarettes are also believed to be manufactured in illegal factories within the EU. This is further supported by the increasing number of illegal cigarette factory raids in multiple European countries.