The regulation of flavored cigars in the United States

In late April 2021, FDA announced its intention to move forward with proposed product standards that would ban all characterizing flavors in cigars and menthol in cigarettes. This announcement, and the ensuing media frenzy, warrants much unpacking and, specifically, examination of three questions in relation to flavored cigars: What historic efforts have there been to ban flavored cigars at federal, state and local levels; is there scientific evidence (or legal precedent) to support an FDA-level flavored cigar ban; and what does FDA’s announcement actually mean going forward?

This is not the first time FDA has sought to ban flavored cigars. In May 2016, FDA released its Final Deeming Rule regulating cigars (and other products). While the Final Deeming Rule did not ban flavored cigars (or other flavored products), the version FDA submitted to the White House Office of Management and Budget (OMB) did contain such a provision. OMB did not clear the provision; it was subsequently removed and did not appear in the Final Deeming Rule. Thereafter, in 2019, FDA released its Draft Guidance, indicating it would seek to remove premarket review enforcement discretion for certain ENDS products and for flavored cigars that entered the market after Feb. 15, 2007, and before Aug. 8, 2016, an action that would have significantly impacted the flavored cigar category. This action was necessary, said FDA, due to a concern that youth would migrate from flavored electronic nicotine-deilvery system (ENDS) products to flavored cigars. The Final Guidance, however, did not include the section regarding enforcement against flavored cigars and only removed enforcement discretion for certain flavored ENDS products.1 Suffice it to say, FDA has had its eye on banning flavored products, including cigars, for some time. A threshold question, of course, is how would FDA define “flavored”? The Tobacco Control Act itself does not define “flavor” or “characterizing flavor,” and, to date, FDA has not defined either term.

Separate from FDA, there have been efforts at the state and local levels to ban flavored cigars (and other products) for years, taking various approaches and realizing a variety of outcomes. It is worth noting that different jurisdictions have approached the definition of “flavor” or “characterizing flavor” differently—some focusing on marketing and statements by manufacturers as the sole criteria and some focusing more on the actual manufacturing and underlying ingredients of the products. These various approaches have created different effects throughout the market, making it more noticeable that there is no federal definition.

Some prominent examples of state and local efforts to ban flavored cigars over the years include:

With respect to flavored cigars, FDA announced in April 2021 that it is “working toward issuing proposed product standards within the next year to ban menthol as a characterizing flavor in cigarettes and ban all characterizing flavors (including menthol) in cigars.”3 FDA stated that “with these actions, the FDA will help significantly reduce youth initiation.” According to FDA, “after the 2009 statutory ban on flavors in cigarettes other than menthol, use of flavored cigars increased dramatically, suggesting that the public health goals of the flavored cigarette ban may have been undermined by continued availability of these flavored cigars.” FDA posits that “flavored mass-produced cigars and cigarillos are combusted tobacco products that can closely resemble cigarettes” and “are disproportionately popular among youth and other populations.”

Is There Evidence and Data to Support a Ban on Flavored Cigars?

FDA’s focus on flavored cigars appears to be largely premised on the theory that flavors contribute to youth usage of cigars and that, following the ban on characterizing flavors in cigarettes in 2009, youth moved to flavored cigars. Scientific evidence supporting these positions, however, is lacking. There has not been an increase in youth usage of cigars generally, or flavored cigars in particular, to scientifically legitimize the rationale of the FDA’s ban. As of 2019, only 1.4 percent of youth were past-month cigar smokers, decreasing from 4.1 percent in 2006.4 Similarly, in 2019, only 5.7 percent of high school students were reported to currently use a cigar, a decline from 8 percent in 2017 and 13.6 percent in 2007.5

Moreover, the 2020 Monitoring the Future Survey (MTF) reported declines in past 30-day use for all types of cigars (regular little cigars, flavored little cigars and large cigars), and flavored little cigar use has continued on a steady decline since 2014 and declined from 5.5 percent in 2018 to 3.1 percent in 2020. The 2020 National Youth Tobacco Survey (NYTS) also reports a significant decline from 2011 to 2020 in high school usage of cigars from 11.6 percent to 5 percent, and the 2020 NYTS reports only 3.5 percent of students of any age using cigars.

Therefore, while FDA continues to speculate that youth could migrate to flavored cigars in response to a ban on flavored e-cigarettes, there is no data in support.

In fact, certain industry members engaged Consilium Sciences to determine what the relevant universe of scientific information is, whether this universe has been fully examined and what it shows. As presented at the Society for Research on Nicotine and Tobacco, Consilium concluded that based upon a review of seven publicly available data sources, “the results do not support an association between use of flavored cigar products and differential behaviors related to public health.”

In its announcement, FDA failed to explain a science-based rationale for pursuing a ban on flavored cigars supported by actual data, instead reiterating speculative concerns and suppositions it has raised in years past.

The Pros and the Cons

A federal ban on flavored cigars offers few positives other than the prospect of a federal uniform standard for the regulation of flavored cigars—which is the level at which such regulation should occur, if at all. The panoply of varied regulations on flavored cigars, and the varied definitions of “flavored,” from some of the smallest towns to the largest cities in the country, offers obvious obstacles to compliance for manufacturers, distributors and retailers. It also presents enforcement problems, with multiple, inconsistent restrictions. A federal standard would cure some of these obstacles.

The cons of a federal ban on flavored cigars are many. To begin, as indicated above, FDA has not yet provided any scientific justification for such a ban. FDA continues to ignore the simple truth that adult consumers should have access to products of their choosing based upon their own informed choice. Instead, FDA continues to make broad pronouncements on the communities impacted by the availability of flavored cigars (such as youth) in the absence of supporting data.

Further, FDA has yet to address the unintended consequence of such a ban. Regulating entire product categories out of existence almost certainly poses the distinct risk of creating an illicit black market for the products. Or, perhaps worse, a market where consumers or others try to flavor products themselves, using unacceptable substances to do so.

Another certain consequence of banning flavored cigars entirely would be the loss of tax revenue at both the state and federal levels. While it is difficult to calculate the precise amount of tax collected at both levels from the sale of flavored cigars, the revenue is no doubt significant as the cigar category paid $641 million in federal excise taxes alone in 2019. State taxes increase this number dramatically. Notably, several states tax little cigars (often flavored) at the same rate as cigarettes. These tax revenue consequences are of particular significance in the current federal landscape given that Congress is exploring an increase in the federal tobacco excise tax.

As is usually the case, the road ahead will be long and unpredictable. It could be years before we see a final result. FDA’s announcement represents but a first step toward a ban on flavored cigars. According to FDA, the proposed product standard will come “within the next year.” Even if FDA meets this goal, the proposed rule will be subject to at least 60 days of public comment. This public comment period could—and often does—last even longer. It is not until FDA reviews and considers the comments submitted that it may publish a final rule, which has a lead time to an effective date. Finally, once a final rule is published, it could well be subject to legal challenge, including requests to enjoin its enforcement.

Only time will tell how quickly and aggressively FDA will pursue a ban on flavored cigars. But FDA’s commitment should—and must—prioritize legitimate science, research and data. FDA’s actions to date on flavored cigars, including this most recent announcement, do not demonstrate that this has yet been part of the process.

Barry S. Schaevitz is a partner at Fox Rothschild LLP. 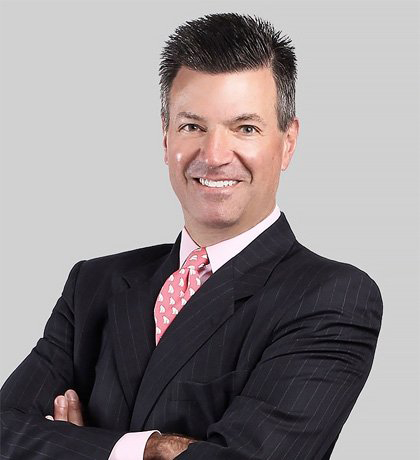 Philip Langer is an associate at Fox Rothschild LLP 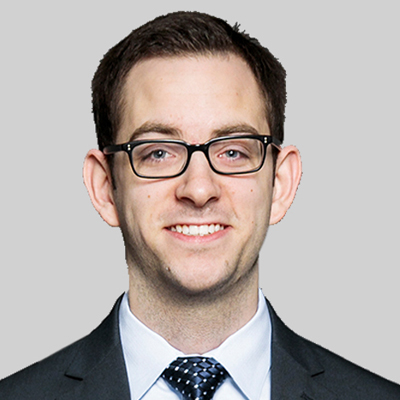 2 The ban applies to all cigars except those that weigh more than 3 pounds per 1,000 cigars and are wrapped in whole tobacco leaf.

3 This initiative appeared in FDA’s recently released Spring 2021 Unified Agenda, which indicates a target date of August 2021 for a Notice of Proposed Rulemaking. The agenda did not indicate a more specific timetable.

4 2019 National Survey on Drug Use and Health