The FDA’s review process of PMTA applications won’t be completed by the Sept. 9 deadline.

Regulation of novel tobacco products can be a tedious and sometimes overwhelming process, as current developments in the United States show. Almost a year after the court-ordered deadline for manufacturers to hand in premarket tobacco product applications (PMTAs) for their products and only a few days before the grace period for unapproved products to stay on the market ends, the U.S. Food and Drug Administration sits on a mountain of more than 2 million applications for “deemed new tobacco products.”

In 2019, a Maryland district court judge had ordered the FDA’s Center for Tobacco Products (CTP) to set a new and earlier PMTA deadline for electronic nicotine-delivery systems (ENDS), which was finally laid down for Sept. 9, 2020. The court order provided for a one-year period during which time such products might remain on the market pending FDA review. After Sept. 9, 2021, the FDA will be allowed to grant further extensions on a case-by-case basis for “good cause,” but no general extra time.

If a negative action is taken by the FDA on the application prior to Sept. 9, 2021, the product must be removed from the market or will risk FDA enforcement. If the FDA issues a positive order on a product, it will be listed on the positive marketing orders page and can continue to be marketed, according to the terms specified in the order letter. At the time of writing, however, most applications, each consisting of hundreds or even thousands of pages of scientific data, still needed to be reviewed. In May 2021, the agency published a long-awaited list of vapor companies that had submitted PMTAs by the Sept. 9, 2020, deadline. The publication of the list is believed to signal the start of enforcement.

Considering the large volumes of PMTAs submitted, though, it is improbable that the FDA will be able to process all submissions before manufacturers are required to withdraw their products from the market. In June, the U.S. Small Businesses Administration (SBA), a federal agency that represents small businesses to the various branches of government, urged the FDA to ask the Maryland district court judge to allow the agency to extend the deadline until September 2022. Most small ENDS manufacturers, the SBA argued, did not have the resources to absorb the losses from having their products pulled from the marketplace for several months or more. It said that once the FDA ordered small ENDS manufacturers’ products removed from the market, those small businesses would close permanently. The SBA also pressed the FDA to end its current practice of processing PMTAs in order of manufacturer market share.

On August 4, Swisher International filed a motion for an emergency preliminary injunction against the CTP for threatening enforcement against products without PMTAs or substantial equivalence approval authorized. The cigar manufacturer, whose cigars are also in the FDA’s premarket-review process with authorization pending, called the FDA’s process “half baked” and accused the agency of creating chaos. 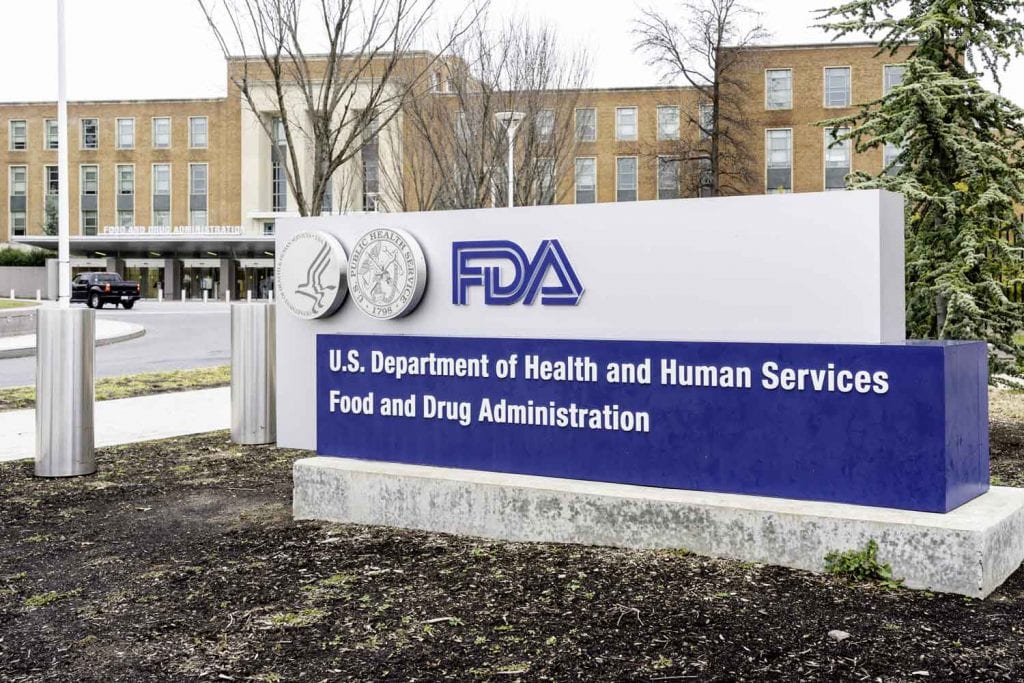 Individual instead of standardized

Consumer staples specialist Jon Fell, partner at Ash Park Capital, thinks it’s unlikely that the FDA will grant a blanket extra year extension. “The FDA has regularly stressed that it has discretion to defer enforcement action on a case-by-case basis, although it’s very hard to know what that will actually mean for the—presumably quite large number—of products which the FDA still hasn’t had time to review by September. I suspect that they will have to defer enforcement against products whose PMTAs have been accepted for review and aren’t obviously deficient, otherwise they’ll face more legal challenges.”

The agency has repeatedly issued warning letters to manufacturers and retailers to remove unauthorized products from the market, most recently in late July. “The FDA will continue to prioritize enforcement against companies that market ENDS without the required authorization and that haven’t submitted a premarket application to the agency—especially those products with a likelihood of youth use or initiation,” the agency said on its website.

In contrast to the EU, which with the Tobacco Products Directive (TPD) created a regulatory framework that sets the legislative standards for nicotine strengths, ingredients, labeling, health warnings and other issues for ENDS, the U.S. opted for an individual approach at product regulation. In its recent application report of the TPD, the European Commission stated that the directive’s restrictions on additives in e-liquids, such as vitamins, likely was the reason why the EU was spared the EVALI (e-cigarette or vaping associated lung injury) that raged through the U.S. in 2019.

“There are very few pros to the way FDA is regulating e-cigarettes in the U.S.,” says Fell. “About the only one I can think of is that having a product explicitly authorized to be marketed in the U.S. might help build consumer confidence in these products after various health scare stories, including the EVALI crisis. But that is at the cost of an enormously complicated and expensive regulatory process that really adds very little value and is a substantial barrier to innovation. I think it would have been far more effective to define a set of standards that e-cigarettes have to meet and then take enforcement action against any products on the market which don’t meet those standards.” 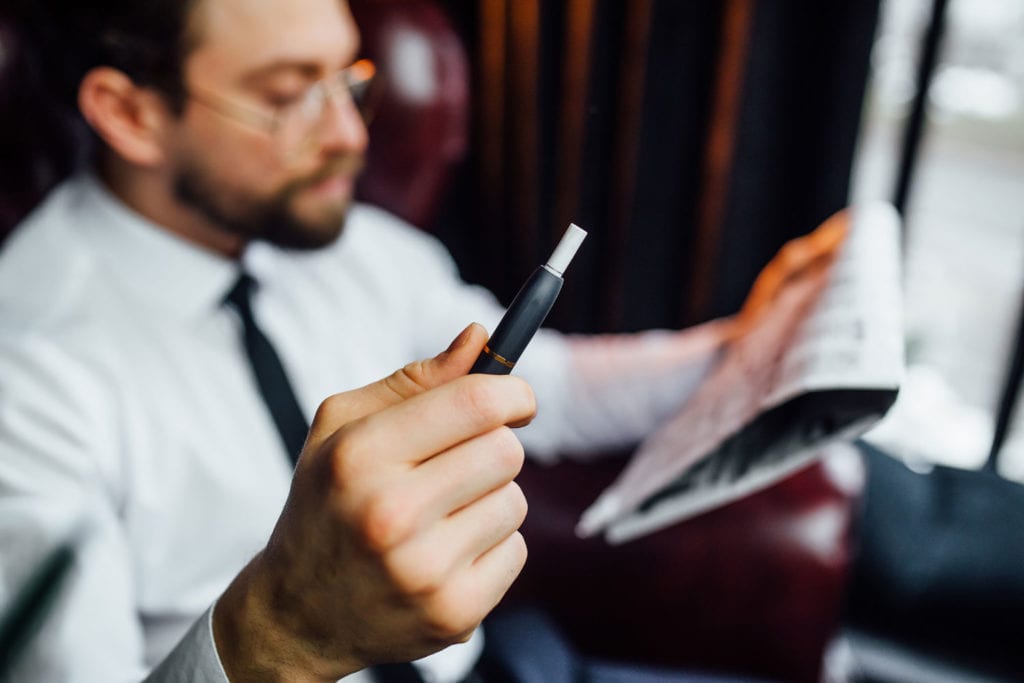 But it’s not always the FDA’s long-winded processes that prevent manufacturers from marketing their novel tobacco products. Altria subsidiary Philip Morris USA suspended sales of its IQOS heated-tobacco product (HTP) after the U.S. International Trade Commission (ITC) in late July 2021 had found that PM USA had infringed on two patents owned by British American Tobacco subsidiary Reynolds American Inc. (RAI). RAI, which sued PMI USA last year before the ITC and in federal court in Virginia, claims that IQOS violates its patents over the device’s heating blade and alleges PMI was using a former version of the current technology of its own HTP Glo.

RAI was seeking to have an import ban into the U.S. imposed on IQOS devices and consumables unless PMI licensed the technology from it. The ITC judge’s findings are subject to review by the full commission, with the investigation scheduled to be completed by Sept. 15. In the Virginia case, Altria responded with its own patent-infringement claims and a separate suit in May. The company also filed petitions with the U.S. Patent and Trademark Office, challenging the legality of several RAI patents, inclusive of three investigated in the ITC court case.

IQOS had been introduced in U.S. test markets, including Atlanta, Georgia, Richmond, Virginia, and metropolitan areas in North Carolina after the FDA had granted the product PMTA authorization in April 2019. IQOS was the first next-generation inhalable product to be authorized as a modified-risk product in July 2020. Its U.S. expansion is now on hold.

“I hope that the two-way patent battles between PMI and BAT will be settled in a grown-up way before long,” says Fell. “It’s not a good look for an industry trying to make the case for harm reduction to be squabbling in this way, particularly if it results in consumer choice being restricted, by products being taken off the market or not rolled out as fast as they otherwise might. Robust competition ought to be a potent mechanism for encouraging more innovation and shifts in consumer behavior.”

Another development with uncertain impact on the cause of tobacco harm reduction is Juul Lab’s recent funding of a scientific publication. According to The New York Times, the vaping company spent almost $60,000 to fund the entire May/June issue of The American Journal of Health Behavior to help establish Juul as a smoking cessation tool. Juul Labs has submitted a PMTA to the FDA for its Juul products.

In the past, scientific articles on reduced-risk products sponsored by tobacco or ENDS manufacturers repeatedly had difficulties being accepted by renowned scientific journals. “Perhaps optimistically, I think if the tobacco harm reduction concept continues to take a broader hold, then over the medium to longer term, excluding research sponsored by tobacco or nicotine companies from academic journals will not be tenable,” says Fell.

“It will come to be seen as what it is: an anti-scientific and unjustifiable attempt at censorship, rooted in a view of the industry which is at least a couple of decades out of date. Perhaps this is the other silver lining of FDA regulation: the FDA has to engage with industry science and recognize its integrity, and over time the influence of that might spread. Ultimately, the FDA’s decision on Juul’s PMTA will have to come down to rigorous science and hard data, whatever attempts are made to sway the agency’s hand via the emotive arguments of campaigning organizations.”

On Aug. 9, the U.S. Food and Drug Administration issued a “refuse to file” (RTF) letter to JD Nova Group. The letter notified the company that the premarket tobacco product applications (PMTAs) it submitted for approximately 4.5 million of its products do not meet the filing requirements for a new tobacco product seeking a marketing order.

As a result of this RTF action, JD Nova Group must remove approximately 4.5 million products from the market or risk enforcement action by FDA. The company may resubmit a complete application for these products at any time. However, the products may not be marketed unless they receive a marketing granted order.

The FDA’s action affects a significant share of PMTAs under review. The agency has received applications for more 6.5 million products from over 500 companies.

The list of affected products is available at https://bit.ly/3fP6cZj.