Electronic nicotine-delivery system (ENDS) companies in the U.S. have found themselves in limbo following the FDA’s recent statement on the regulation of e-cigarette products.

The long-awaited deadline for the review of manufacturers’ premarket tobacco product applications (PMTAs) was somewhat of an anticlimax, leaving many none the wiser as to whether they could continue to sell their products.

The result left company executives frustrated—and in a predicament when it comes to their responsibilities to public health versus their legal obligations.

The lead-up to Sept. 9, 2021, saw companies that had submitted PMTAs given a year’s grace to continue to sell their products until a decision on their future could be taken.

For many, that decision is yet to materialize, with the FDA announcing it had not managed to get through the sheer volume of applications received by the court-imposed deadline.

So, what has the FDA done? Its statement said that as of Sept. 8, the organization had completed acceptance review for all of the applications and completed filing review for about 90 percent of applications submitted by the Sept. 9, 2020, deadline.

Many of these applications were ultimately knocked back at the first hurdle, receiving a refuse to file (RTF) letter at the filing stage due to missing some of the required information, with 4.5 million products receiving refusal to file from just one company’s application. The FDA said this included the lack of ingredient listings, labels for each product and adequate environmental assessments.

As of Sept. 8, the FDA said it had issued substantial equivalence (SE) marketing orders covering more than 120 (non-ENDS) products and exemption from substantial equivalence requests marketing orders covering more than 230 products. Some companies had bad news in the form of the first marketing denial orders (MDOs), which were issued on Aug. 26 for about 55,000 flavored products. The FDA’s responsibility is with public health, weighing the potential benefits for adult smokers of using ENDS products to wean themselves off cigarettes against the potential appeal to teenagers or new users who may go straight to ENDS, potentially attracted by flavored varieties.

These companies will now have to remove their products from shelves or risk enforcement action. With limited resources, the FDA has suggested it will prioritize the enforcement of those that have received MDOs as well as products with no pending application while processing the backlog of applications and any new PMTAs.

That leaves a quandary for those who submitted their applications by the Sept. 9, 2020, deadline but who haven’t yet received an MDO. They can effectively continue to sell their products as no ruling has been made on them; however, the FDA has made it clear that any company that does continue to sell these products will be doing so unlawfully, although it is clear that they are not likely to face any enforcement action.

And there lies the difficult part. Many of these companies cleaned up their acts in recent years, putting in place codes of conduct setting out their ultimate aims of improving public health through promoting the replacement of combustible tobacco. If those that have submitted PMTAs have demonstrated and believe that their products are doing good in the world, then to follow the letter of the law by removing their products from shelves could potentially harm users by pointing them back in the direction of cigarettes—going against their codes.

That brings them to a decision between their obligations to the law and their responsibilities to the overall safety of users. The naysayers may suggest these manufacturers are putting profits first, but, as an extreme example, if all the companies out there decided to take their products off the market, there would ultimately be limited choices for users, which may make a return to tobacco an attractive prospect for them. There is also a risk that some may choose to fly under the radar by turning to the black market to sell their products.

Companies must decide whether they take a chance and wait for the FDA to take enforcement action against them.

One positive for ENDS companies from the statement is that the reason given for some of the MDOs was not that they were necessarily worse for health than cigarettes, but that the application lacked sufficient evidence provided within the submission. We know that the FDA is very much open to ENDS products having the potential to protect public health. I am sure that, with adequate evidence resubmitted, many of these products will receive marketing orders in time.

This is where specialized companies, such as Broughton Nicotine Services, can assist, working with businesses to provide the evidence needed to complete this process. The FDA’s delay in processing applications provides an opportunity, too, to those companies whose PMTAs have not yet reached the substantive review stage. There is still time to bolster an application that has yet to reach this stage if you believe additional evidence would be beneficial—but time is of the essence.

The PMTA process, as is evident, is complex, perhaps favoring the larger companies with the resources to navigate the system and submit detailed information. Juul Labs, for example, was able to take action by reducing its products to only tobacco and menthol flavors, removing fruit options from the market, yet we are still to hear the outcome of their application.

The next step will be to discover how frequently the FDA plans to announce the results of PMTAs. My preference would be monthly to ensure ENDS companies and the industry feel a little less in the lurch.

The much anticipated deadline for the U.S. Food and Drug Administration to decide on millions of premarket tobacco product applications (PMTAs) passed without bringing the clarity about the future of tobacco harm reduction that many health advocates and industry representatives had hoped for.

On Sept. 9, the agency issued marketing denial orders (MDOs) to more than 130 companies requiring them to pull an estimated 946,000 products from the market. However, despite a court order to complete the PMTA review process by that date, the FDA failed to make decisions on some of the bestselling vapor products on the U.S. market.

There were no updates on high-profile submissions, such as those submitted by Juul Labs, Reynolds American Inc. and Japan Tobacco International. The agency also offered no response to any submitted open-system hardware products or tobacco-flavored e-liquids.

“We continue to work expeditiously on the remaining applications that were submitted by the court’s Sept. 9, 2020, deadline, many of which are in the final stages of review,” acting FDA Commissioner Janet Woodcock and FDA Center for Tobacco Products Director Mitch Zeller wrote in a joint statement.

Interestingly, the agency saw fit to issue marketing orders for more than 350 combustible tobacco products under the standard equivalency pathway, many of which, hookah tobacco for example, are flavored tobacco products. All of the issued MDOs were for flavored electronic nicotine-delivery systems (ENDS) products.

“This looks like being a public health own-goal of historic proportions,” Jonathan Foulds, professor of public health sciences and psychiatry at the Penn State University College of Medicine, wrote on Twitter. “Will be interesting to see whether the stock value of cigarette manufacturers goes up.”

Amanda Wheeler, president of the American Vapor Manufacturers Association, noted that the FDA ruling criminalizes thousands of longstanding businesses across the United States. “Those entrepreneurs have to junk their inventories, fire their employees and stiff their investors,” she said during the recent GTNF conference in London.

Vuse owner BAT, for its part, was sanguine. “We remain confident in the quality of our applications, which are supported by scientific evidence that our Vuse and Velo products are appropriate for the protection of public health,” the company wrote in a statement.

Vapor industry representatives have long complained that the PMTA system favors big players. In 2019 court filings, the Vapor Technology Association noted the expenses greatly exceeded the $300,000 to $500,000 per product that the FDA estimated in its regulatory impact analysis. Such a burden, say critics, can be borne only by the best-resourced players—i.e., the established tobacco companies.

Meanwhile, MDO recipients have started looking for ways to continue serving their customers, with some of them turning to synthetic nicotine. The FDA currently defines a “tobacco product” as anything “made or derived from tobacco that is intended for human consumption, including any component, part or accessory of a tobacco product.”

Whether the FDA will allow products with synthetic nicotine to remain on the market remains to be seen. Eric Lindblom, a senior scholar at Georgetown’s O’Neill Institute for National and Global Health Law and a former director of the FDA’s Center for Tobacco Products Office of Policy, suggested that as more vapor companies move in this direction, the FDA could either assert jurisdiction over synthetic nicotine as a tobacco product or push for synthetic nicotine to be regulated like any other drug.

How the ENDS market will evolve from here is anyone’s guess. Since the Sept. 9 deadline, the FDA has continued issuing MDOs, including to products submitted by prominent companies such as Turning Point Brands, Avail Vapor and Bidi Vapor. At press time, the number of MDOs exceeded 1.16 million products from 323 companies.

A big question is whether the agency will grant marketing orders to the applications submitted by the market leaders. Previously, the FDA had indicated it would prioritize those products because doing so would have the greatest impact on the market. Even in the wake of substantial share losses, Juul alone still accounts for 40 percent of the U.S. vaping market.

Whatever happens, the FDA is certain to catch flak from industry critics and vapor companies alike. At GTNF, Wheeler announced a public campaign. “We will be at FDA’s doorstep demanding answers or forcing them through freedom-of-information laws and in the courts,” she said. “We are not going to sit still while the FDA endangers our health, crushes our livelihoods and treats the American people like gullible idiots.”

The Campaign for Tobacco-Free Kids (CTFK), which helped set the Sept. 20, 2021, deadline through litigation, hinted it might resume legal action to have the court enforce its order requiring the FDA to begin to remove unauthorized products.

“While FDA has said it has ruled on 93 percent of the applications, it hasn’t ruled on the products that have driven the youth e-cigarette epidemic,” said CTFK President Matthew Myers. “Every day those products remain on the market, our kids remain in jeopardy.” 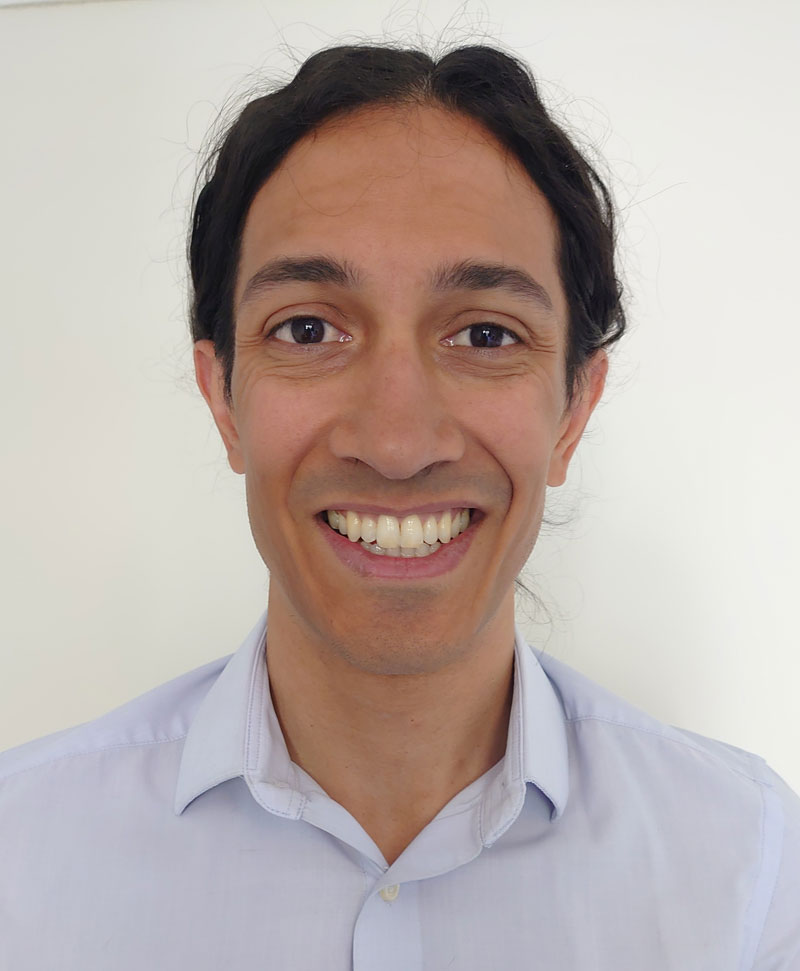