The evidence is in. For the first time, the U.S. Food and Drug Administration has authorized the marketing of an e-cigarette in the country because it determined the help it offers adult smokers outweighs the attraction such products may hold for youth.

With this latest move, the FDA has signaled a distinct turn in the oft-contentious debate surrounding e-cigarettes, in which opponents claim little is known about what toxic chemicals they contain and that the tobacco industry has a terrible track record when it comes to being forthcoming about its products.

That was not the case here, indicated Mitch Zeller, the director of the agency’s Center for Tobacco Products. “Today’s authorizations are an important step toward ensuring all new tobacco products undergo the FDA’s robust scientific premarket evaluation,” he said in a statement. “The manufacturer’s data demonstrates its tobacco-flavored products could benefit adult smokers who switch to these products—either completely or with a significant reduction in cigarette consumption—by reducing their exposure to harmful chemicals.”

We have said it before, and we’ll continue to say it again (and again and again) in the face of all this misinformed vitriol and distrust: THR products are effective tools to help smokers lessen their risk of developing diseases such as lung cancer and COPD. So says one study after the next, including a recent measured, sober look at the risks and benefits of e-cigarettes that is signed by no less than 15 former presidents of the Society for Research into Nicotine and Tobacco, a leading international proponent of evidence-based science.

Evidence, carefully compiled, weighed and debated, is how the FDA reached its earlier decisions to provisionally authorize the sale of Swedish Match’s snus and Philip Morris International’s IQOS heat-not-burn sticks as modified-risk tobacco products (MRTPs), subject to regular review. And “evidence” is how it made its first decision to approve the marketing of Vuse.

It reached its decision through dispassionate, rigorous diligence—a risk-proportionate, microscopic gauging of the potential harm e-cigarettes pose for young people versus their potential therapeutic uses for adults who smoke combustible cigarettes and would like a less damaging alternative. Indeed, the FDA’s approval process is so thorough, it is accepted as the international gold standard for vaccines, pharmaceuticals and medical devices. As Adam I. Muchmore, a Pennsylvania State University law professor, explained last month [August] in an interview with Newsweek about the wait for Covid-19 vaccine approval, “There are a lot of ‘i’s’ to be dotted and ‘t’s’ to be crossed, and these are not simple bureaucratic requirements. Both producing this data, and reviewing it, requires the work of multiple experts in a wide range of scientific fields.”

We hope the FDA will continue to use scientific evidence to approve the sale of menthol-flavored e-cigarettes so that combustible menthol cigarette users, among them the majority of African-American smokers, also have the opportunity to reduce their health risk. And we hope it will consider that nicotine-replacement therapy gums and sprays are already marketed in menthol and other flavors, all to help smokers quit.

One does not need to look far to see the effects of FDA decisions: Following its full approval last August of Pfizer-BioNTech’s Covid-19 vaccine, a “tidal wave” of people were expected to line up for their jabs, spurred by employers and businesses that have been waiting for the green light and at least some doubters who needed more reassurance it is safe.

And the National Institutes of Health’s Anthony Fauci aptly summed up the FDA’s influence in a comment earlier this year about its approval for Aimmune Therapeutics’ Palforzia, the first drug to treat peanut allergy for children. “Science is showing us the path to a future in which new therapeutic options may provide both solutions as well as peace of mind that individuals with food allergies and their families deserve,” he said.

Those words could well apply to the field of THR too, although the FDA’s policy of placing the onus solely on individual companies to prove they contribute to public health (to wit, the 2.3 million pages of evidence PMI submitted on behalf of its IQOS application) has already left some smaller, streamlined companies out in the cold.

That said,  governments in lower and middle income countries (LMICs), where the vast majority of the world’s 1.14 billion smokers live, would do well to study all three of the FDA decisions regarding THR products as they work to strengthen their own national research and regulatory capabilities and to take note of the careful steps the agency continues to take as it examines the applications of other companies that manufacture e-cigarettes, including Juul.

These governments and their public health authorities need to review the statistics from places such as the United Kingdom, which has supported e-cigarette use as an effective way to lessen health risks and even quit combustible smoking altogether. Or, conversely, they could take two minutes and 42 seconds to watch a graphic Public Health England demonstration of the viscous, oozing, sticky dark brown residue left in the lungs from the smoke from 16 packages of cigarettes over the period of one month compared to the barely discernible trace of vapor left by the equivalent number of e-cigarettes over the same period.

Right now, a huge gap exists between research output in tobacco control by a few developed countries and LMICs, and when it comes to reduced-risk products, the gap is even greater, a reflection of both the lack of support for homegrown scientific research and a concomitant reliance on advanced industrialized countries for regulatory scientific advice and support. The Foundation is committed to playing its role in closing this gap to allow LMICs to have the scientists able to fully inform their policymakers about the potential benefits of THR.

There appears to be no interest in tobacco harm reduction as a principle or a tendency to unquestioningly accept the warnings by bodies such as the World Health Organization, which itself is mired in a past overtaken by technological advancements and sounds like the proverbial Greek chorus as it points to the lack of long-term testing and the perils such products pose to youth.

The most extreme example of this governmental attitude is in India, where, despite 1.3 million people dying each year from tobacco-related diseases, e-cigarettes were banned in haste by the government, which was urged to do so by The Union, a Bloomberg-funded NGO based in Paris that recommends such extreme measures for LMICs on the supposed grounds that youth in these countries are particularly vulnerable. In turn, this has led to a burgeoning black market that prices these products out of reach of many of the disadvantaged communities who could use them most.

The fact is, the most favored tobacco control measure in India is tax increases, which only serves to exacerbate the difference between the rich and the poor, for the latter group must turn to cheaper, even more dangerous products such as bidis, thin cigarettes composed of unprocessed tobacco that are hand-rolled in leaves and contain higher concentrations of nicotine, tar and carbon monoxide than conventional cigarettes sold in the United States.

In Indonesia, where more than a quarter of the population smokes, including 19.4 percent of young people between the ages of 13 to 15, the local—and significantly cheaper—cigarette of choice is the unfiltered kretek, made from a blend of tobacco, cloves and other additives. Yet, there is little government oversight, with children even exposed to lengthy tobacco advertisements before blockbuster Hollywood films.

Still, the WHO refuses to apply the consequences of harm reduction always being part of the definition of tobacco control in the Framework Convention on Tobacco Control. A good start would be for the WHO to consider recent peer-reviewed research by leading scientists that underpins the FDA submission and not reject it simply because it has been funded by the tobacco industry. In its Report on the Global Tobacco Epidemic—2021, it does not waver from its position, stating that new and emerging products simply chart a “new threat to tobacco control.”

“As they emerge and rapidly evolve, these products can be difficult to characterize and therefore bring with them many regulatory challenges,” it states. “At the same time, the tobacco and related industries behind these newer products pedal misinformation campaigns, marketing them as ‘clean,’ ‘smoke-free’ or ‘safer,’ and claim they are effective cessation aids. By doing so, these industries attempt to appear part of the solution to the tobacco epidemic as opposed to instigators and perpetrators of the epidemic.”

How disheartening! Yes, the tobacco industry has acted unconscionably in the past, lying about the toxicity of cigarettes and shamelessly professing its primordial dedication to the health and welfare of smokers. But, to paraphrase the old saying, change—real change—starts from within. We are seeing signs of that in the tobacco industry, with the results recognized by the FDA, leading health experts and authorities in countries such as the U.K.

It is time for all of us to move on—together.

To stop treating all nicotine products as the same.

To acknowledge that we all have a stake in people’s health and well-being and in a healthy future for our children, their children and for generations to come.

And to start saving up to 4 million lives a year in the interim as the battle—our battle—continues to eradicate combustible tobacco for good.

Derek Yach is the president of the Foundation for a Smoke-Free World. 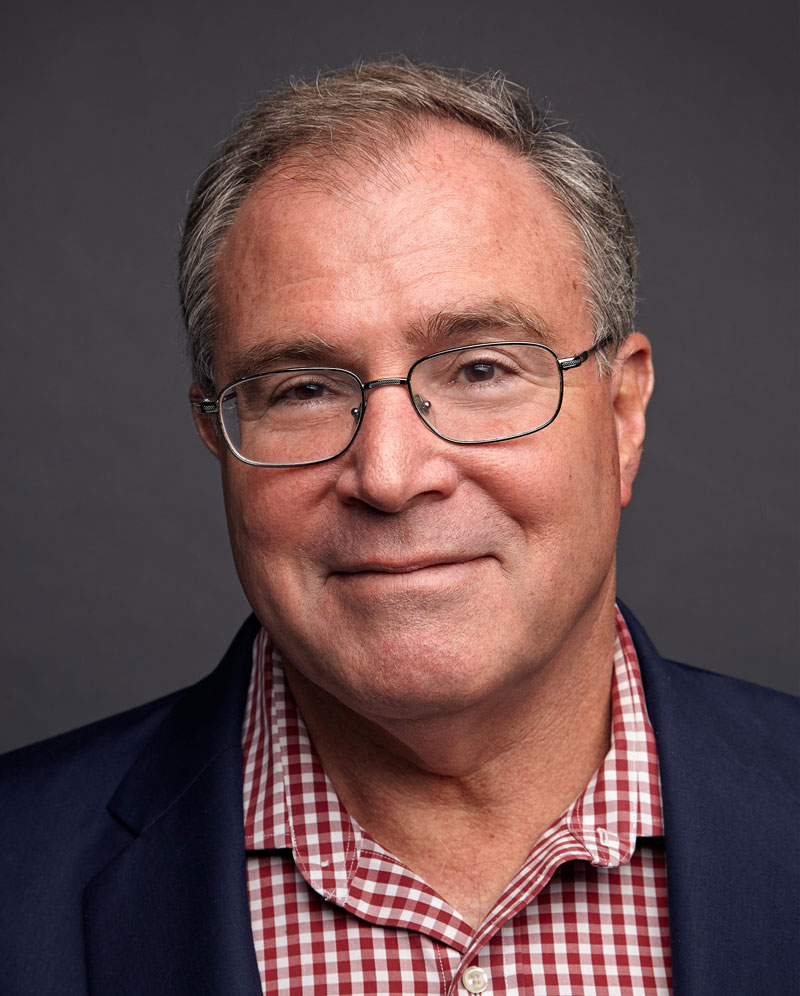