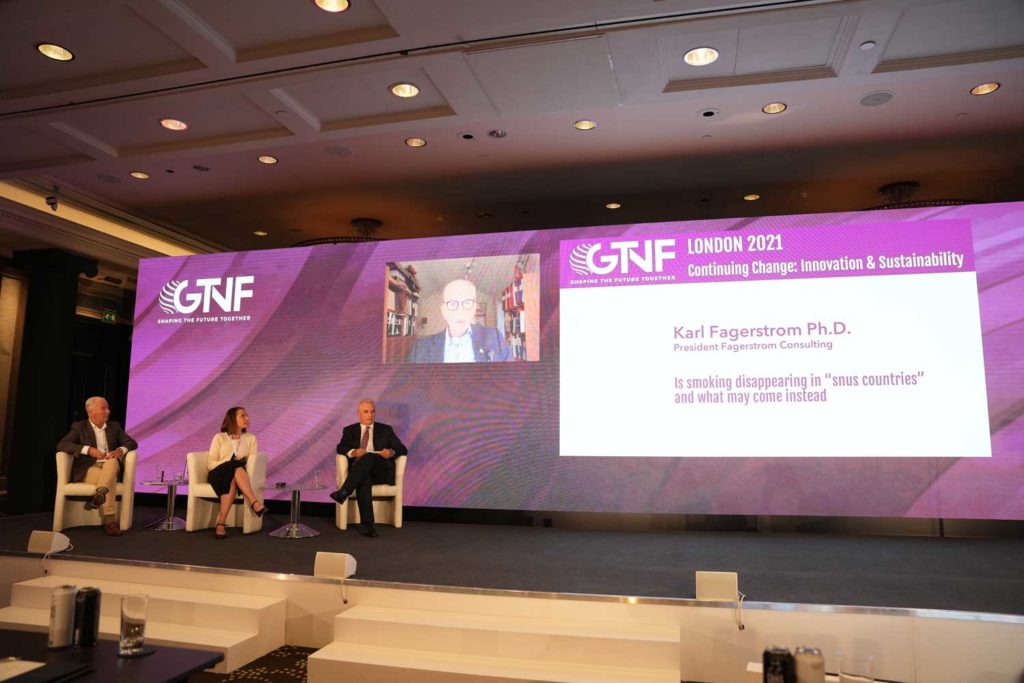 Although the Covid pandemic has shown that science can be accelerated, tobacco harm reduction (THR) advocates are still fighting a war against biased policymaking, according to participants in the “Science Driving Policy” discussion panel at the 2021 GTNF. Despite a clear consensus among scientists that proper science is the way to go for evidence-based policy, there is a frustrating lack of education among regulators.

Gizelle Baker, vice president of global scientific engagement at Philip Morris International, spoke about patently false health information with contradictory and/or conflicting findings that changed evidence. While misinformation is not a new phenomenon, she said, technological advances have aggravated the problem. In the digital era, it is hard to differentiate between science and opinion. Visual misinformation is difficult to control; releasing more information and just hoping that misinformation will go away is unlikely to be a successful strategy.

In the case of Covid, there are hotlines to report misinformation. By contrast, after Stanton Glantz published an article that incorrectly linked vaping to myocardial infarction, the paper was retracted but never corrected. As a consequence of such persisting misinformation, 59 percent of U.S. consumers were unable to accurately identify the cause of risk in combustible cigarettes. Nevertheless, she stated, almost 80 percent called for smokers to have access to reduced-risk products (RRPs) and information on them.

Citing the experience of Sweden, where a century of snus use has driven down smoking prevalence to record lows, Karl Fagerstrom, president of Fagerstrom Consulting, pointed out that the Nordic country’s death rates due to smoking in men aged 45–49 were the lowest in the European Union.

He compared Sweden’s figures to those of the U.S., where marijuana use has gone up during the past five years. As cigarette use declined to 26 percent in 2019, marijuana consumption increased to 18 percent. Public health, he concluded, would certainly prefer pure nicotine intake via RRPs over marijuana. For Fagerstrom, it would be acceptable if nicotine-containing products were regulated like alcoholic beverages in terms of taxation and availability according to the products’ degree of harm.

Qingyuan Hu, director general of the China National Tobacco Quality Supervision and Test Center, provided reviewed tobacco science development and regulation. The World Health Organization Framework Convention on Tobacco Control, he said, was determined to promote tobacco control measures based on current scientific, technical and economic considerations. From the beginning in the 1950s, the views in epidemiology in smoking-caused diseases were controversial among some scientists and the tobacco industry. To support the regulation of novel and emerging tobacco products, long-term monitoring is needed. However, epidemiological data of new products is almost unavailable today, and it remains a tool to influence public health action and policy, Hu said. Many research gaps still need to be filled, especially in the risk assessment of various products. There is lack of consistency in regulatory policy on nicotine, novel tobacco products and THR across the leading regulatory authorities, he said.

Although THR is a pragmatic, achievable, evidence-based approach, there continues to be confusion about alternative tobacco products and their potential for public health, according to David O’Reilly, director of scientific research for British American Tobacco. Thirty-seven percent of people believed that vaping was as dangerous or even more dangerous than smoking, whereas the most recent Cochrane report showed that e-cigarettes are more efficient as a cessation tool than nicotine-replacement therapy or electronic nonnicotine-delivery systems. Censorship and poor epidemiological studies have been damaging to the tobacco harm reduction effort, O’Reilly noted. While there is a lot of science on nicotine, it is vital to decouple the substance from the process of combustion in cigarettes. Policies, he stressed, must acknowledge that nicotine is not responsible for cancer.

Brad Rodu, professor at the University of Louisville School of Medicine, reported how in 2007 he had tried to validate data by the Centers of Disease Control that claimed that there were 480,000 tobacco-related deaths per year. The figures had never been validated by anyone outside the American Cancer Society, he said. Rodu was repeatedly denied access to the data. He listed a number of recent false claims about tobacco that had been published by the U.S. National Institutes of Health since 2016 based on flawed studies with proven false results, among them the findings that teen vaping increased the risk for Covid manifold or that snus use had led to an increased mortality. The U.S. federal mission for a tobacco-free society, Rodu concluded, drives the tobacco control industry and bad tobacco science. Pre-publication or post-publication peer review of tobacco science is almost nonexistent, hence validation is as good as nonexistent. Both the tobacco industry and tobacco control are tolerant of the status quo. He called for the Food and Drug Administration to use the same standard to evaluate research from the tobacco industry and from the tobacco control industry. Otherwise, he cautioned, the “publication tsunami” about e-cigarettes would provide the “scientific evidence” for harsh regulation.