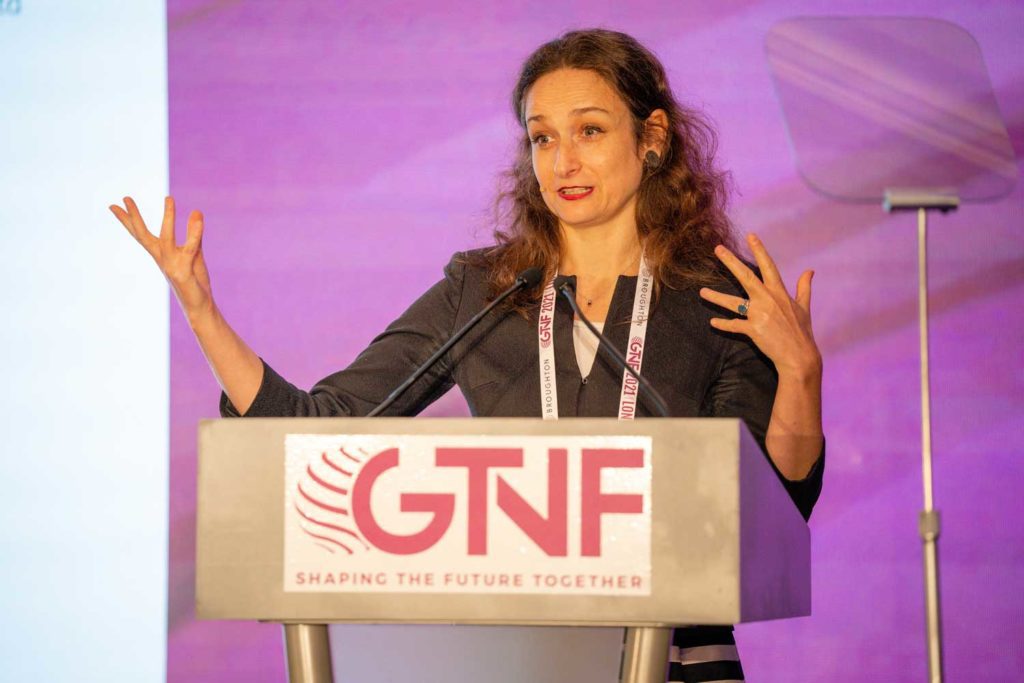 The Importance of Intellectual Property

I figured I’d drawn the short straw when I was told I had to cover the GTNF session on intellectual property (IP), so I probably wasn’t paying as much attention as I should have been until I heard the presenter say she wanted to share her “passion for patents.”

At that suggestion, my ears pricked up. I had never heard the phrase “passion for patents,” and I had assumed I never would, given that it seemed to encapsulate the ultimate oxymoron. And, as it turned out, what was being spoken about wasn’t a passion for patents only but a passion for IP, which, in turn, wasn’t only about patents, trademarks and copyrights. Roya Ghafele, managing director of the law and economics consultancy OxFirst, told her audience that IP was about ownership, knowledge, creativity, new views, new perspectives and new ways of seeing the world and about how we were going to organize and manage property rights, private property or what’s in our brains. “I can’t think of anything more revolutionary and more exciting than that,” she said.

But then Ghafele, who is also a visiting professor of IP law and economics at the School of Law at Brunel University, London, went on to speculate about whether we were taking capitalism to the next step, leaving the audience to ponder, I guess, whether such a step would be up, down or sideways or, indeed, whether it would be revolutionary, not a word normally associated with capitalism. But there again, we are living in interesting times. The theme of the GTNF was “Continuing Change: Innovation and sSustainability,” and continuing change seems to speak more to concepts of anarchy than capitalism.

This is not to get away from the subject. Ghafele made the point that considerations of IP went beyond our normal understandings into the territory of how we perceive politics and also into the areas of organizing business, economics, society and beyond. “Would emotional property follow on from intellectual property?” she wondered.

Who knows? Currently, we’re apparently at the stage where everybody wants to lead by harnessing innovation. Though, one problem here is that the IP underpinning such innovation is the elephant in the boardroom. IP tends to be left in the hands of legal teams and, in extremis, the judiciary, which is concerned with the law and is not democratically accountable, while those who are accountable, politicians, do not have IP, nor potential policy governing it, in the forefront of their minds. Ghafele said that, in her view, even CEOs lacked adequate understanding of business strategy around IP. In fact, there was a way of looking at IP that she found conservative and paradoxical. The thinking behind governance structures that helped frame the basis of innovation was not itself innovative. It was rather cautious and backward looking.

Patents, it turns out, are not, or, certainly, were not, in the DNA of tobacco corporations, which, in the past, were solely part of an industry tied up with consumer brands and trademarks. Patents came to the fore with the introduction of novel products in reaction to the major governance change brought about by the coming into existence of the World Health Organization’s Framework Convention on Tobacco Control. We know this because Ghafele’s presentation was based on research carried out into IP in the tobacco space, with sponsorship from the Foundation for a Smoke-free World—research she described as being one of the first projects to start thinking seriously about patents and new technologies in the context of fighting the smoking pandemic.

But while patents might not have been in the industry’s DNA, the industry hasn’t done too badly during the past 10 years. The research turned up 70,000 patents in the fields of nicotine vapor products, smokeless nicotine products and heated-tobacco products, broadly describing technologies aimed at reducing the harm of smoking. This level, which was boosted somewhat by nontobacco/nicotine industry players, was described as indicating a good level of investment.