This year, the first two weeks of November will witness two COPs (Conference of Parties), large policy gatherings aimed at moving the needle on ratified global U.N.-related conventions. Both have to do with health—individual, population and the planet’s health. Yet, one COP is attracting the leaders of the developed world as well as developing worlds in Glasgow, United Kingdom, along with another 20,000-odd stakeholders. The other COP will be held virtually and quietly from its secretariat in Geneva, Switzerland.

The United Nations Framework Convention on Climate Change (UNFCCC) secretariat is tasked with supporting the global response to the threat from climate change. With 197 members, the UNFCCC has a near universal coverage. The 26th Conference of the Parties (COP26) Glasgow was kicked off on Oct. 31 with great fanfare, high expectations and drama befitting a Hollywood premiere—e.g., Greta Thunberg arrived on a “climate train,” a test in patience and endurance for Greta, her 150 fellow passengers, the media and the climate activists’ mob at Glasgow Central.

Throughout the course of these two weeks of negotiations, haggling and posturing, the best possible outcome from COP26 could be that all countries commit to keeping global warming limited to 1.5 degrees Celsius. That calls for some serious re-engineering of human behavior and entire societies. Millions of conventional jobs and livelihoods will be lost, millions more potentially created in the new green economy. Some would argue (and justify): Desperate times call for desperate action. Green economy advocates and solution providers, including transforming oil companies and automobile manufacturers, are in full attendance at the summit and are missing no photo-op to burnish their green credentials.

The other COP, of the Framework Convention on Tobacco Control (FCTC), created by the U.N.’s World Health Organization and run by the FCTC secretariat, follows a completely different tack. It is notionally intended for addressing the harms to society and the world due to risky forms of smoked (cigarettes, bidis, cigars) and smokeless (khaini, gutkha, zarda, etc.) tobacco products that over a billion people consume today. The FCTC is ratified by most of the countries in the world (the USA and Indonesia being notable exceptions), and the ninth Conference of Parties from Nov. 8–13 will see yet another biannual get together making decisions that affect 1.3 billion tobacco users, their families and millions from the tobacco supply chain globally. However, it is held behind closed doors, driven by health activists that simply see the tobacco industry as the problem and tobacco users as AstroTurf for the tobacco industry. Neither are allowed anywhere near the meeting nor are the lay media.

The FCTC, in its simplest form, is a demand and supply reduction treaty, underpinned by tobacco harm reduction principles. Broadly, what this could mean in policy as well as practice is that those not currently using risky forms of tobacco products, especially children and young adults, should be disincentivized from initiation, and those currently using risky forms of tobacco should get the necessary help to quit. This may take the form of providing nicotine-replacement therapy, prescription medications and behavioral support. It could also mean that those involved in the supply chain, such as farmers and bidi worker women, should be given support to switch to alternative livelihoods.

Sixteen years on from the ratification of the FCTC, great progress has been made in adopting parts of the treaty that relate to demand reduction by prevention of initiation into national regulations. Advertising campaigns, tax hikes, health warnings and packaging and sale restrictions have led to significant reductions in initiation, especially among youth. On the other hand, support to current users of risky forms of tobacco remains wanting, lacking innovation and largely under-funded.

The nicotine in these products makes consumers dependent. The cancers, however, are caused by the toxic chemical mix in the smokeless products and from the smoke itself—but not the nicotine. Pharmaceutically licensed nicotine-replacement therapy products, in the form of gums and patches, are on the WHO’s model essential medicines list for tobacco dependence treatment. It is scientifically proven: Quitting risky forms of tobacco (cessation) is not easy; relapse is very common. The high retail price of the cessation products, poor availability and inadequate training of doctors in prescribing these cessation treatments means that current tobacco users miss out on any meaningful access and support.

It is easy to point to the tobacco industry’s morally and ethically unacceptable behavior for most of the 20th century that led to the smoking epidemic globally, and even today, to the manufacturers of gutkha and pan masala in India who are fueling an oral cancer epidemic. Based on this historical context, the COP organizers exclude this industry from their deliberations. Sadly, that exclusion extends to consumers, effectively the current and future patients suffering from tobacco dependence.

This raises a sticky question: Are the global public health community, led by the WHO’s FCTC signatories who meet every two years formally at the COP, simply giving up on the 1.3 billion current users of cigarettes, bidis, khaini and gutkha-like products, letting them die preventable premature deaths, for the want of adequate cessation products and support? Would public health not benefit from a wider range of innovative nicotine-replacement products, manufactured to high standards, regulated appropriately and specifically available as cessation aids for current adult users of risky tobacco products?

This COP season, it may be time to draw parallels between two very similar gatherings with diametrically opposite profiles and approaches. Climate change and tobacco-related harms—both are urgent issues facing humankind. Both are being addressed by global treaties and conventions. For both problems, a wide range of solutions are coming from old and new industries.

In the case of climate change, the Teslas of the world lead the rally. Conventional fossil fuel giants such as BP (of the Gulf of Mexico spill fame) and Shell are not far behind either, showcasing their renewables’ commitment in every ESG communication. The Volkswagen emissions scandal (from less than five years ago) is distant memory, and the automobile industry is at the table, providing cleaner cars by “electrifying” their offerings.

In tobacco cessation, underpinned by tobacco harm reduction principles, innovation came from a wide range of inventors and manufacturers globally: e-cigarettes from China, heated-tobacco products from Switzerland and the U.K., nicotine pouches from Sweden and cessation apps from the USA. Pharmaceutical manufacturers of conventional nicotine-replacement products and prescription medications are either withdrawing from the markets or not innovating any more. They have not made any visible effort to make their products available at affordable prices in the developing world—and there was never a huge hue and cry about that from public health.

None of the new innovative products are a silver bullet but promise to provide cleaner, safer nicotine to the billion-plus current consumers of risky forms of tobacco. In countries such as the U.K. and USA, where regulators are informed by scientific evidence and risk assessment, these products are regulated and allowed. Slowly but surely, this will transform the nicotine use profile in these countries, no doubt saving millions of lives and billions of dollars in future health costs from tobacco-related diseases. In Japan, previously known for its high smoking incidence among men, nearly 30 percent of the cigarette market has been replaced by heated-tobacco devices. These devices are increasingly acknowledged for their reduced toxicant exposure vis-a-vis cigarettes. The U.S. Food and Drug Administration has authorized the sale of a specific brand of heated device, an e-cigarette and a Swedish snus-style smokeless tobacco product for their reduced toxicant exposure and potential to reduce tobacco-related harms. In the U.K., e-cigarettes are one of the many options of quitting tools supported by national health bodies.

In stark contrast to the climate change COP26, at this tobacco-related COP9, manufacturers of cleaner nicotine products (the “solution providers” to the problem) and consumers (the victims of the problem) will be glaringly absent. In countries where regulators do not need the WHO’s blessings to make their own policies (the U.S., U.K. and increasingly the EU), innovation and better regulation will lead to a reversal of harms from risky 20th century tobacco products. In the developing world, including South Asia, the harms from tobacco will remain unabated in the absence of strong regulatory leadership and industry transformation.

Whether or not we can manage to curb the global temperature rises to a maximum of 1.5 degrees Celsius by 2050, today’s direction of tobacco control as symbolized by COP9 will hinder access to safer nicotine alternatives to over 1.3 billion current users, 80 percent of whom live in developing countries, accounting for millions of preventable deaths in the next three decades.

Sudhanshu Patwardhan is a British-Indian, U.K.-licensed medical doctor who is passionate about helping people quit risky forms of tobacco. For the past two decades, he has lived and worked in three continents, doing senior roles in research, strategy and policy in the pharmaceutical and tobacco industries.

In his early years in tobacco harm reduction, his team of clinical researchers and lab scientists set the foundations for the assessment of reduced-risk products, now accepted by regulators and the industry as the definitive approach for duty of care and regulatory compliance. At Nicoventures, a wholly owned subsidiary of British American Tobacco, he was instrumental in enabling the first e-cigarette company acquisition by a global tobacco business. In his policy role there, Patwardhan shaped the creation of a global key opinion leader network in consumer advocacy and public health champions. .

With the British Standards Institution, Patwardhan led the creation of the world’s first vaping products’ standards for safety and quality in 2015 and the BSI Online Age Checking specifications in collaboration with the Westminster-based Digital Policy Alliance in 2018. .

In 2018, he co-founded the Centre for Health Research and Education that now has a team of over 40 medical and public health experts globally working in cancer prevention. Patwardhan splits time between the U.K. and South Asia on tobacco harm reduction projects that address the needs of the most disadvantaged tobacco users. He is also a board director of Art Asia, a charity with a mission to communicate the rich and exciting experience of South Asian Arts to the widest possible audiences. 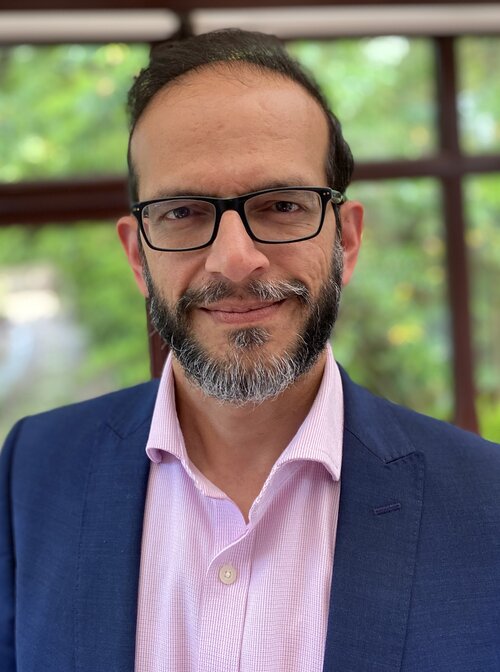