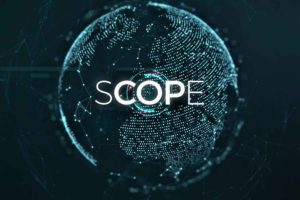 Banned from participating in the gathering the THR advocates organized a global livestream that ran simultaneously to the COP9.

Dubbed sCOPe, the round-the-clock YouTube simulcast attracted significant attention, adding to increasing international pressure on the WHO to embrace safer nicotine products, not demonize them.

Nancy Loucas of the Coalition of Asia Pacific Tobacco Harm Reduction Advocates says sCOPe gave a voice to leading consumer advocates who were shut out of COP9. The focus, however, must now move to preparing for COP10 in 2023 where harm reduction products will be a key discussion for delegates.

“Those of us passionate about safer nicotine products must reach out to the likes of public health officials and influencers. We need to humanize this debate and show how vaping has saved the lives of millions of ex-smokers,” said Loucas.

The “Wow, Someone’s Actually Telling Us What’s Going On” Award went to COPWATCH for getting on the inside and giving the world real-time insights online.

The “Give the Man a Cigar” Award went to Philippine Foreign Affairs Secretary, Teodoro Locsin Jr, for standing up to COP9 delegates by promoting the use of science in tobacco control.

The “I am the Evidence” Award went to passionate U.S. consumer advocate and sCOPe panellist, Liana Hudspeth.

The “You Shouldn’t Really Say That About Yourself” Award goes to FCTC Head Adriana Blanco Marquizo for her “How industry weaponizes science” Tweet, which the THR advocates described as “very bizarre.”

The “Our Proposal Won’t Do A Thing But Delegates Loved It” Award went to Iran, whose government holds a sizable stake in its domestic tobacco industry.

The “Where the Hell Is Wally” Award went to WHO sponsor, anti-vape crusader, and American billionaire Michael Bloomberg for trading in COP9 and instead flying to the COP26 Climate Conference in Glasgow.