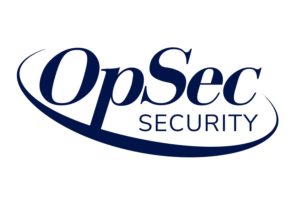 As part of the deal, OpSec will provide authentication stamps to Régie Libanaise, enabling the protection of the company’s products, beginning with the market-leading Cedars brand of cigarettes. OpSec’s proprietary Insight software platform will be utilized to provide the authentication and traceability of each licit stamped pack throughout the supply chain.

OpSec’s solution will provide advanced mobile authentication of stamp security features and product traceability for Régie Libanaise enforcement staff as well as customs and border officials. Retailers and consumers within Lebanon will also be empowered to authenticate packs and gain visibility of product provenance using the Insight customer engagement functionality, freely available on any mobile device.

OpSec will further utilize its web monitoring technology to ensure any attempt by illicit traders to sell counterfeit stamps via online marketplaces, websites or social media will be captured, removed and reported to enforcement officials.

“As well combatting illicit trade and protecting much needed revenues for the Lebanese Republic, the first phase implementation is a proactive step towards adopting the provisions of the World Health Organization’s Framework Convention on Tobacco Control,” said Mohamad Ali Ahmad, project manager at Beirut-based Scopsis, in a statement. “The project will be amongst the first of its kind in the region and represents a beacon of hope for Lebanon and a demonstration of its commitment to its roadmap for reforms.”

Illicit trade is estimated to account for around 25 percent of the Lebanese tobacco market, causing the government to miss between $200 million and $250 million in revenues annually.