There are millions of adult smokers who don’t want to quit. Their preference should be respected.

The announcement in December that the New Zealand government intends to ban the sale of tobacco to anyone born after 2008 is merely the latest example of a process dubbed “creeping prohibition.” Smoking bans, the prohibition of flavored cigarettes and punitive taxation are just three measures that have only one aim and that’s to eradicate smoking and create a utopian “smoke-free” society.

The health risks associated with smoking have been well known and widely understood for decades. As a result, millions of people have stopped smoking. Many more have chosen never to smoke. Nevertheless, many adults still enjoy smoking and don’t want to quit, and everyone—the tobacco industry, vaping advocates, public health campaigners and politicians—should respect their choice. Instead, a key stakeholder, the adult smoker who doesn’t want to quit, is increasingly marginalized and ignored.

In 2016, as director of the smokers’ group Forest (Freedom Organisation for the Right to Enjoy Smoking Tobacco), I commissioned a report called “The Pleasure of Smoking: The Views of Confirmed Smokers.” Despite making every effort to promote it, the study was largely ignored, but it’s still relevant, and if we were to commission the same report today, the results would, I believe, be very similar.

In brief, a survey of over 600 smokers by the Centre for Substance Use Research (CSUR) in Glasgow found that nearly all respondents (95 percent) gave pleasure as their primary reason for smoking. Most of those surveyed (77 percent) expected to smoke for many years, with only 5 percent envisaging a time in the near future when they might have stopped. More than half the respondents (59 percent) had used alternative nicotine-delivery products such as e-cigarettes. Few, however, were persuaded to switch permanently from combustible cigarettes to vaping.

At the time, Neil McKeganey, director of the CSUR, said, “This research has provided considerable detailed information on the way in which smoking is viewed by a group of confirmed smokers, a body whose opinions are rarely taken into account by government or tobacco control groups. The implications of these findings from a smoking cessation perspective are significant because there is a clear gulf between the way smoking is typically viewed as a negative, somewhat reprehensible, behavior and how the smokers themselves saw smoking as a source of pleasure—a choice rather than an addiction.”

One company that wants to eradicate combustible tobacco is tobacco giant Philip Morris International. In 2018, the company said it wanted to phase out cigarettes as soon as possible. In 2019, the then managing director of Philip Morris U.K. said, “There is no reason why people should smoke anymore.” Last year, the company even urged the U.K. government to ban the sale of cigarettes within a decade. While I applaud and support PMI’s commitment to developing reduced-risk products, this represents an outrageous attack on consumer choice—never mind rival companies—and is an insult to the many adults who enjoy smoking, don’t like vaping and don’t want to quit smoking.

In addition to funding the Foundation for a Smoke-free World, launched in 2017, PMI also funded, in 2019, an online initiative called Quit Cigarettes. It was created by Change Incorporated, part of the VICE Media group. Headlines on a dedicated campaign website included: “How Smoking Increases Chances of Genital Warts,” “How Smoking is Ruining Your Sex Life,” “Is Smoking a Deal-Breaker on Tinder?” “How Cigarettes Blight British Seaside Towns” and “This is How Smoking Makes Your Penis Shrink.” The Change Incorporated website also included “witty” one-liners such as “Definition of a cigarette—a bit of tobacco with a fire at one end and a fool at the other.” To be fair to PMI, a disclaimer stated that “VICE maintains editorial control, so Philip Morris International may not share the views expressed,” but it’s hard to argue that the campaign did not broadly complement PMI’s own anti-smoking agenda.

To be clear, Forest, which was founded in 1979, is fully supportive of efforts by PMI and other companies to develop, manufacture and market risk reduction products, be it e-cigarettes, heated-tobacco, nicotine pouches or products yet to be invented, because we believe in choice. We also support efforts to educate and inform consumers about the relative risks of different nicotine products so they can make informed choices, including not to smoke or vape.

What we cannot support are campaigns and strategies that appear to undermine or belittle smokers who don’t want to quit while targeting a “smoke-free world” that, in our view, can only be achieved by creating a society in which generations of consumers are not only denied a choice of combustible products but are increasingly restricted from using them and punished or ostracized when they do. If smokers choose to quit or switch to reduced-risk products voluntarily and without coercion, there would be no cause for complaint. Embracing or meekly accepting measures designed to prevent adults from smoking is another matter.

Unsurprisingly, several vaping advocacy groups and companies have also jumped on the anti-smoking bandwagon. In 2020, a leading vaping company in the U.K. backed calls to ban smoking outside pubs in England. Another wanted to see less smoking on TV. Meanwhile, a global vaping advocacy group is currently running a campaign called “Back Vaping, Beat Smoking.” The campaign logo features a boxing glove, and one campaign banner features a boxing ring with two boxers inside the ring. One represents vaping, the other smoking. The figure that represents “smoking” is cowering in a corner. The message is clear and, in my view, unnecessarily provocative. There are many positive ways to promote vaping to smokers, and this isn’t one of them.

More anti-smoking messaging was evident at a rally organized by pro-vaping groups in London in November. One placard that read, “Back Vaping, Protect the NHS” implied that smokers are a drain on National Health Service (NHS) resources in a country where taxpayer-funded medical treatment is free at the point of use. In fact, the estimated cost of treating smoking-related diseases on the NHS is £2.7 billion ($5.57 billion) a year. The annual revenue from tobacco taxation is currently around £9 billion, so in financial terms, smokers are neither a burden on the health service nor the taxpayer.

So why are these and other groups promoting the type of messages we would normally expect from anti-smoking activists? Perhaps they hope to win recognition or support from politicians and the public health industry. If so, they are likely to be disappointed because evidence suggests that the tobacco control industry, including politicians and campaigners, are only interested in vaping as a short-term “solution” to the “problem” of smoking. Few, if any, consider vaping to be a long-term alternative to smoking and certainly not a pleasurable habit in its own right. In their view, e-cigarettes and other reduced-risk products are smoking cessation aids and a stepping stone to giving up nicotine completely.

Which brings me to the public health endgame. Is it smoke-free or nicotine-free? What is the long-term outlook for all nicotine consumers, even in more liberal markets, if governments achieve their initial target of a smoke-free world? It’s clear to me, and others, that even in countries like the U.K. that currently have a relatively relaxed attitude to e-cigarettes, the endgame for public health campaigners is the eradication of all forms of recreational nicotine.

Some tobacco harm reduction advocates seem to think that eradicating combustible tobacco will ultimately benefit all smokers because their physical health will improve, but what about those like British artist David Hockney, 84, who says he smokes for his mental health? Is he, and millions like him, not entitled to make that choice for himself? “I couldn’t imagine not smoking,” says Hockney, “and when people tell me to stop, I always point this out. I’ve done it for 68 years, so are you telling me I’m doing something wrong?”

Meanwhile, by failing to challenge the stop smoking brigade, tobacco harm reduction campaigners are actually advancing the inevitable attempt to force consumers to give up all forms of nicotine. Indeed, the idea that vaping will not be a future target for every public health campaigner, even those who are currently well disposed to vaping as a smoking cessation tool, is naive if not laughable.

Millions of adults enjoy smoking and don’t want to quit. The war on smoking is therefore a war on choice and pleasure, and users of all recreational nicotine products should be fighting as one united army. Instead, by failing to support smokers who don’t want to stop, many tobacco harm reduction advocates are foolishly, for short-term gain, weakening the efforts of those who truly believe in freedom of choice and personal responsibility. And if we lose that battle, I guarantee we will lose the war on nicotine too.

Simon Clark is director of the smokers’ lobby group Forest (Freedom Organisation for the Right to Enjoy Smoking Tobacco). 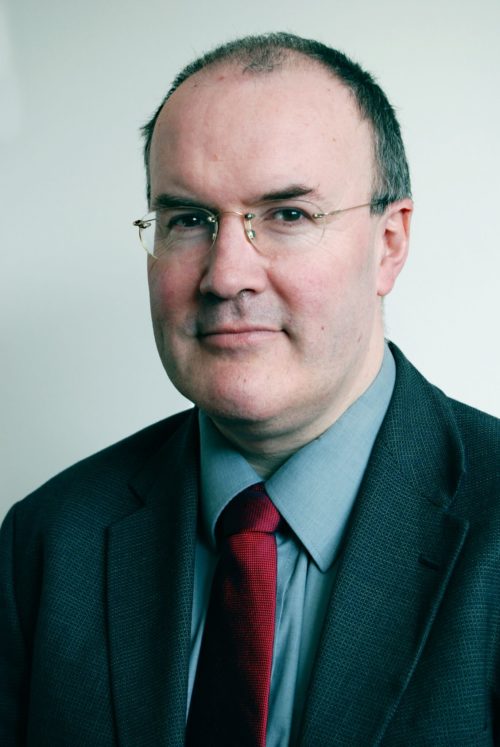