Your business from the regulators’ perspectives

Let’s do a thought experiment. Imagine—some of this may sound familiar—that you’re one of two brilliant young graduate students attending a university in the middle of Silicon Valley. You come up with a jewel of an idea for a product that could help cigarette smokers reduce their mortality and morbidity by delivering nicotine with far fewer health-destroying byproducts of combustion than traditional cigarettes.

The business environment around you is laced with artificial intelligence, self-driving cars and apps that brashly take on entire industries. The ethos of your fellow entrepreneurs is to challenge everything, smash things when they get in your way and loudly proclaim that you’re changing the world for the better. You can always correct your mistakes later.

What business are you in? To your eyes, you’re in the smoking cessation business. That is, after all, your stated goal and the purpose of the device you’ve designed. It’s a noble cause that could save millions of lives while making your investors and you a fortune. You’ve hit that ideal of doing good while doing well. What could possibly go wrong?

A lot, it turns out. Predicting those potential disasters requires that you know whether you perceive the fundamentals of your business the way that others—especially government regulators—perceive it. In our not-really-hypothetical example, the protagonists saw themselves as fighting Big Tobacco. They approached marketing their product as if it were a kind of ride share or housing share offering, industries in which regulations are both few and local. They were making consumer goods, so they mostly hired executives from packaged goods industries little acquainted with addictive ingredients or tobacco industry history.

The U.S. Food and Drug Administration viewed your imagined company through a different lens. To the government (and soon the press and the general public), you were simply an extension of Big Tobacco. Your Silicon Valley brashness backfired, triggering memories of industry lies about the addictiveness of nicotine and cynical attempts at youth smoking prevention by tobacco companies. A hero’s journey became a cautionary tale.

Can this still happen today? Can the lens through which you view your company be dramatically different from the perspective taken by government regulators? Unfortunately, we see it all the time.

A Tale of Two Companies

Josh Israel started Hale Therapeutics with a co-founder who lost a family member to smoking combustible cigarettes. His device is programmed to deliver and taper off heated, aerosolized nicotine as a way of ending the addiction.

“It minimizes the discomfort of nicotine withdrawal while you learn to live a smoke-free life,” said Israel.

Hale approached the FDA’s Center for Drug Evaluation and Research (CDER) to open discussions toward approval of what Israel viewed as an innovative pharmaceutical delivery system for a much-studied drug. That may sound like a strange approach to take. Why not pursue a marketing authorization from the FDA’s Center for Tobacco Products (CTP)? That would be faster and likely to succeed. CTP had already authorized VUSE, calling that ENDS device’s aerosol “significantly less toxic than combusted cigarettes.”

The FDA saw things differently. New CDER guidance on testing “inhaled nicotine-containing drug products” focuses on the word “heated,” and the “novel chemicals” that heat might generate. CDER may have viewed Hale’s device as akin to an e-cigarette because it heats. This difference in perceptions led CDER to point Hale toward spending a substantial chunk of time and money on animal studies that would not have been required had Hale gone down the CTP path for permission to market the same device. (And run counter to FDA pledges and initiatives to reduce use of animals in research.)

Meanwhile, Brian Quigley, the COO of Respira Technologies, was preparing to meet with CDER about his product, a nebulizer for use as a nicotine-replacement therapy. It creates and controls an unheated nicotine aerosol.

“It’s kind of shocking to think that in 2021, the number one way that smokers try to quit is cold turkey,” said Quigley.

Unlike Hale’s experience, CDER apparently viewed Respira’s product much as the company did. The fact that the nicotine was unheated worked to Respira’s advantage. CDER was more comfortable allowing the data to guide what preclinical studies Respira’s product will need. Quigley expects to submit an Investigational New Drug application to CDER in 2022.

Hale Therapeutics, however, faced a potentially costly choice. It could fight CDER. It could devote time and capital to research that it contends is unnecessary. It could switch paths, reluctantly accept the perception that it was making a tobacco product, and apply to CTP. After much deliberation, Josh Israel decided to … do something different. Hale would keep talking with the FDA about reducing the testing burden but would take action to forward its mission elsewhere.

Hale went to the U.K. and applied for a license from its Medicines and Healthcare products Regulatory Agency (MHRA) as a smoking cessation device.

“The goal for any public health agency should be to get people off combustible cigarettes, full stop,” said Israel. “We were embraced by the MHRA. And it’s unfortunate that the FDA is not taking the same approach.”

What is that approach? The MHRA is developing a licensing process by which e-cigarettes could be prescribed by the National Health Service in England as a medical product for smokers who wish to quit smoking. It would be the first country in the world to do so.

There are about 6.1 million smokers in England, with rates of smoking roughly inversely correlated with socioeconomic status. That means that smokers generally are at greater risk for a variety of other health and social problems, making smoking cessation especially impactful. For several years, e-cigarettes have been promoted by the governmental to combustible cigarette smokers as an effective way of both reducing immediate harm and putting those smokers on a path to quitting nicotine completely.

“The MHRA evaluation program for e-cigarettes is focused on nicotine delivery—not cessation per se—as a measure of efficacy, and with as few harmful and potentially harmful constituents as possible,” said Ian Fearon, a U.K.-based clinical research scientist who consults on nicotine and tobacco product studies. “It appears easier to obtain a medical license with MHRA than a market authorization from the Center for Tobacco Products, given the volumes of data required to support a PMTA.”

A Difference in Politics and Philosophies

One reason why there may be such a difference is that regulators reflect and illuminate the values and experiences of the countries they regulate. When CDER issued its guidance for inhaled nicotine-containing drugs in October 2020, the public perception of vaping in the U.S. had hit new lows.

San Francisco had recently banned the sale of all e-cigarettes within the city limits, ironically using a supposedly pro-health agenda to push an unknown number of former smokers who were using vaping to quit back to using combustible cigarettes. E-cigarette or vaping use-associated lung injury, which had been falsely associated with commercial vaping products, was still in the headlines.

Not surprisingly, the CDER guidance focuses on what could go wrong. It recommends hunting for potentially toxic “novel chemicals” through years of rodent inhalation studies before testing heated nicotine products in humans.

The U.K. has never experienced an American-style moral panic over e-cigarettes and youth. This takes a political thumb off the scale in their pragmatic weighing of the science.

It’s also not surprising that the two FDA centers that regulate nicotine products can be fractious. CDER has been part of the FDA since the 1980s. Its pathways to approval are well entrenched and clearly marked. Its mission is “making sure that safe and effective drugs are available to improve the health of the people of the United States.”

By contrast, the FDA’s Center for Tobacco Products is a newbie, born from the Tobacco Control Act of 2009. It’s about balancing health risks among different segments of the public. CTP plays by different rules, proclaiming on its website that the “FDA’s traditional ‘safe and effective’ standard for evaluating medical products does not apply to tobacco.” It doesn’t approve products; it permits them to be marketed. Because of its youth, CTP procedures are still forming and solidifying.

So, let’s go back to our mind experiment for a moment. Now how do you view the business your company is in? 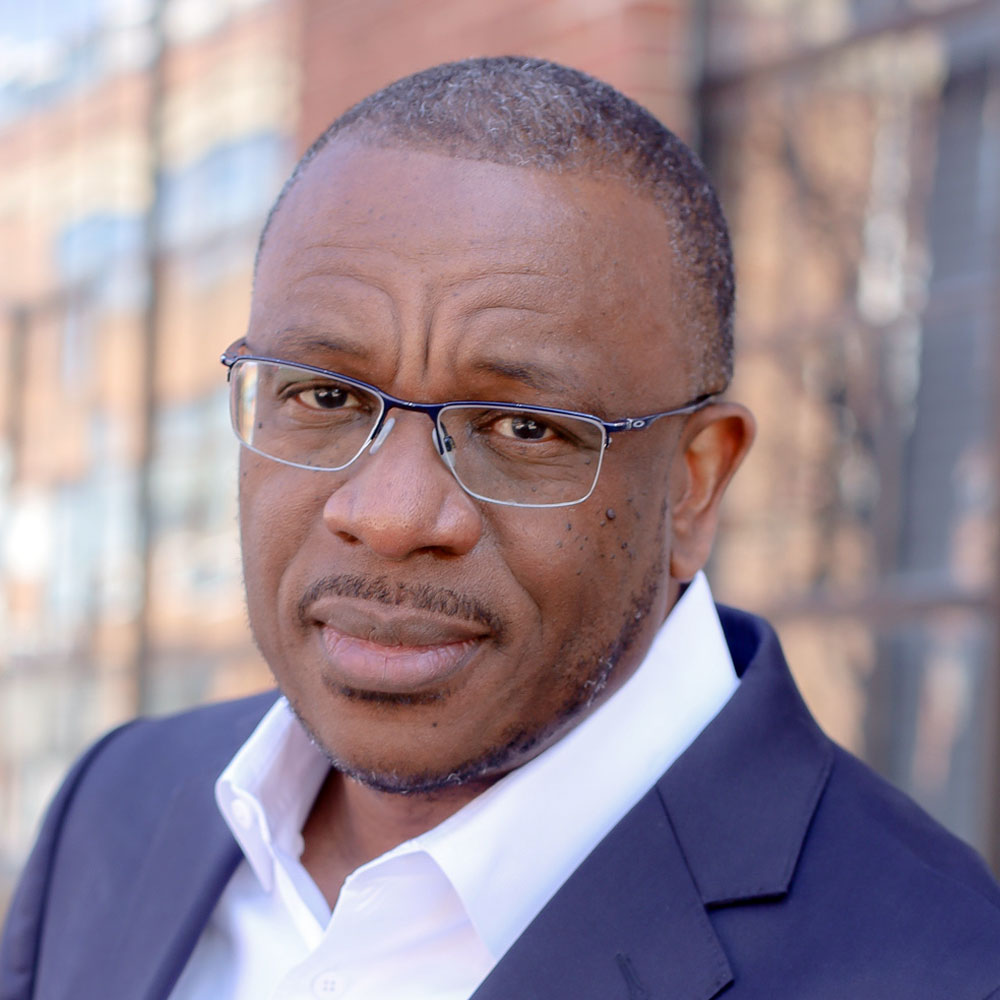 Cheryl K. Olson is a California-based public health researcher who specializes in behavioral health issues and consults on tobacco product behaviors. She spent 15 years on the faculty of Harvard Medical School.