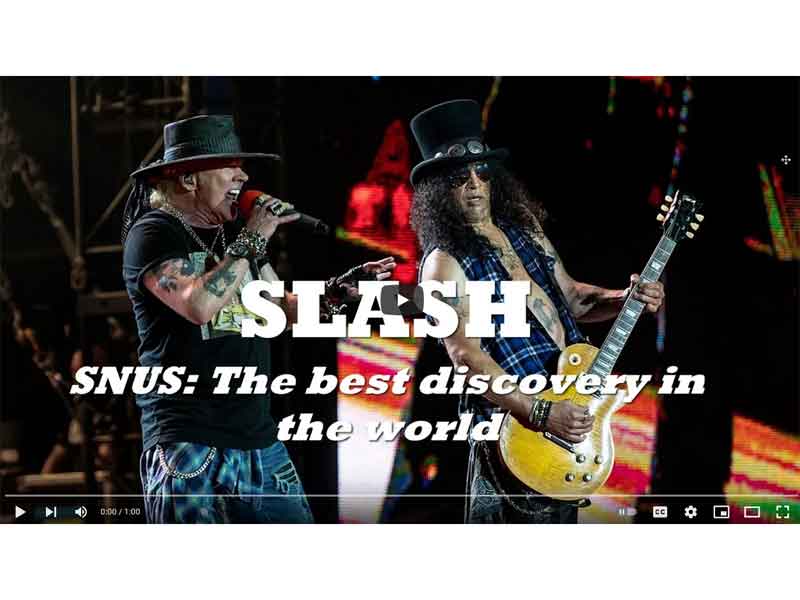 The Nordic rock station Rockklassiker interviewed Slash last month, and the musician responded to questions from fans, one of which was from Bengt Wiberg, founder of EUforsnus and creator of Sting Free AB and the sting free snus pouch.

Wiberg asked Slash via social media, “Hi Slash, I think it is great that you quit smoking with the help of Swedish snus and love it! Do you support an end to the European Union snus ban, and do you support EUforsnus?”

“I used to (use snus),” Slash replied. “I did it for years and years and years, and I finally quit a few years ago, but when I first quit smoking, which was in 2009, pretty soon after that I discovered snus, and it was like the best discovery in the world. My God, it’s the greatest! So I did it from probably 2009 until 2015 or something like that. I used to have General snus shipped in from Sweden.”

Slash speaks further in the interview about his experience switching from combustible cigarettes to Swedish snus and eventually quitting nicotine completely in 2015. He visited Swedish Match’s flagship store in Stockholm while in town for a concert that year, where he stated that he received an “informative background on snus and how it’s made,” according to Snusforumet.

Snus is currently banned in the EU with the exception of Sweden. Sweden has a 5 percent rate of daily smokers (close to the World Health Organization’s smoke-free goal), attributing the low number to the use of snus and tobacco-free modern oral nicotine pouches, such as Velo, Zyn and Loop.

Slash did not specifically say whether he supports lifting the EU ban on snus, but Wiberg feels confident that Slash’s sentiments on snus speak for themselves.