Tobacco or health—for Indonesia, the choice embodied in that slogan presents a real dilemma. On the one hand, the world’s second-largest cigarette market and fifth-largest producer of leaf tobacco is highly dependent on the revenue from the sector. Statista expects revenue from the cigarette segment to reach $24.86 billion in 2022, up 5.8 percent from 2021. On the other hand, the country is facing increasing healthcare costs for the treatment of tobacco-related illness. An October 2021 study by the Indonesian Development Foundation found that tobacco-induced morbidity, disability and premature deaths were responsible for economic losses of IDR375 trillion ($26.04 billion) in 2019—a fifth of the total state budget.

Indonesia is unlikely to find a way out of this quandary soon. Smoking and tobacco cultivation have been deeply rooted in the nation’s culture since the 19th century. The market is unique in that it is largely dominated by kreteks or clove cigarettes, which represent around 95 percent of all cigarette sales. While tobacco consumption has been declining, Indonesians still smoked a whopping 300.2 billion cigarettes in 2019. With roughly 75 percent, the vast majority of cigarettes consumed are machine-made kreteks. Hand-rolled kreteks account for around 20 percent of the market.

Indonesia has one of the highest smoking rates in the world. According to a national survey from 2018, the country is home to almost 100 million smokers. More than one-third (33.6 percent) of adults use tobacco. Smoking is a male habit; 62.9 percent of men are smokers compared to only 4.8 percent of women. Worryingly, smoking is also common—and increasing—among minors. Ministry of Health data show that 33.8 percent of youths under the age of 15 smoked in 2018, up from 32.8 percent in 2016. Other data suggest that an estimated 20 percent of children under the age of 10 have tried a cigarette.

The Covid-19 pandemic, in combination with cigarette excise tax increases, has depressed incomes and pushed smokers toward lower priced products, a trend the industry has met with smaller packages. This, in turn, has driven up demand for higher tar kreteks.

In 2020, five major corporations controlled almost 90 percent of the Indonesian cigarette market, according to the Southeast Asia Tobacco Control Alliance. Sampoerna led the market with a share of 32.5 percent followed by Gudang Garam (27.5 percent), Djarum (18.7 percent), Bentoel (8 percent) and Nojorono Tobacco Indonesia (3 percent). The remaining 10.3 percent are made up by an estimated 500 small-sized to medium-sized manufacturers.

Tobacco is a major employer, providing work to 5.98 million people, of which 4.28 million work in the cigarette manufacturing and distribution sectors and 1.7 million in tobacco cultivation, according to the Indonesian Development Foundation. In 2019, this corresponded to 0.34 percent of total employment in the manufacturing sector. As in many tobacco-cultivating countries, leaf is grown mainly by small-scale farmers who rely solely on tobacco. The tobacco farming sector also struggles with child labor. In 2002, Indonesia committed to eliminating it in all forms by 2022. In 2019, the U.S. Department of Labor noted that Indonesia had made “moderate advancement” toward this goal (see “Homework Due,” Tobacco Reporter, February 2021).

With tobacco playing such a large role in the country’s economy, Indonesia’s tobacco control efforts have been halfhearted. It is one of only nine countries that have yet to ratify the World Health Organization Framework Convention on Tobacco Control. Decentralized decision-making has led to fragmented policies. Responsibility for tobacco policy is spread among the president’s office, six national ministries and an independent agency.

Nonetheless, some progress has been made. Since 2014, cigarette makers must print pictorial health warnings covering 40 percent of each pack. Smoking bans have been implemented for public transport, healthcare facilities, educational facilities, places of worship and playgrounds. Tobacco advertising on TV and radio remains permitted with certain restrictions. There is no minimum age limit to buy cigarettes, and selling cigarettes by the stick is common practice.

Despite regular excise tax hikes, cigarette prices in Indonesia remain among the lowest in the Asia-Pacific region. The tobacco excise tax remains far below the 75 percent of retail price recommended by the WHO. Indonesia’s tobacco taxation system is also dauntingly complex. Until recently, cigarette tax rates were divided into 10 tiers based on product type, volume and price. The tiers are meant to protect smaller manufacturers and local jobs from competition. Under the government’s 2017 “tobacco roadmap,” the number of tax tiers were supposed to be cut to five by 2021 to reduce the incentive for smokers to switch to cheaper products. The plan, however, was withdrawn in 2019. In November 2018, the coordinating ministry of economic affairs launched a new tobacco roadmap emphasizing the importance of the industry and arguing for its protection until 2025.

Effective Jan. 1, 2022, Indonesia increased its tobacco excise across cigarette types by an average of 12 percent. In addition, the number of tax tiers was reduced from 10 to eight. According to the ministry of finance, the tax reform aims to counter the rising healthcare costs caused by increasing smoking prevalence and to reduce the smoking rate among adolescents aged 10 years to 18 years.

To help the country escape move forward, the Indonesian Development Foundation has proposed a tobacco transformation program that seeks to address certain policy gaps. It has created a roadmap that, among other things, proposes to complement existing policies with harm reduction initiatives. By emphasizing reduced-risk products (RRPs), the foundation believes Indonesia can reach smokers who have been overlooked by the current policies.

“The draft roadmap targets to diminish substantial economic costs and productivity losses associated with cigarette smoking by introducing a cost-benefit analysis approach to estimate the strengths and weaknesses of alternative, reduced-risk products,” explains Harris Siagian, one of the authors of the report. “It will measure and compare the costs of cigarette smoking-attributable diseases and the economic costs of reduced-risk product use.”

The guideline also recommends increasing the affordability and accessibility of RRPs. According to its authors, the excise tax on RRPs should be lower than that for combustible products.

Indonesia classifies noncigarette tobacco products as “other tobacco processing products,” or Hasil Pengolahan Tembakau Lainnya (HPTL). These include molasses-based tobacco products, snuff, chewing tobacco and RRPs, such as e-cigarettes and heated-tobacco products (HTP). All HPTL products are subject to the maximum excise tax rate of 57 percent.

Among RRPs, e-cigarettes, which hit the market in 2010, are significantly more popular than HTPs, which were introduced to Indonesia in 2019, and the vape market is growing. According to the Indonesian Development Foundation Report, there were 2.2 million vapers in the country in 2020. Apart from provisions on import and excise tariffs, there is no specific and comprehensive regulation of HPTL products yet, and policies appear uncoordinated between regulators. While the Food and Drug Monitoring Agency would like to ban vape products altogether, claiming they could be a gateway to youth smoking, the health ministry wants to regulate e-cigarettes as conventional tobacco products. This, in turn, is opposed by the ministry of agriculture, which fears that such regulation would burden tobacco farmers.

To address such conflicts, the Indonesian Development Foundation committee team advocates incorporating RRPs in the national smoking cessation programs. “The products will be available to users, on an incentive basis, through registered outlets and clinics,” says Siagian. To help fund the initiative, the committee suggests using money from the revenue-sharing fund of tobacco products excise, which collects 2 percent of the total tobacco excise funds at the national level and distributes it to regional governments.

The roadmap also takes farmers into consideration. Locally grown tobacco will be directed toward RRPs, and farmers will be encouraged to diversify into other crops. To help eliminate child labor, the program calls for strengthening local government initiatives to provide basic education access and other supportive measures for children involved in tobacco farming.

Affordability is a well-known challenge to the success of RRPs in low-income and middle-income countries. Nonetheless, Siagian is confident that RRPs will succeed in Indonesia: “Over the past 20 years, there has been a significant shift of the vulnerable lower middle-class population that has climbed out of poverty and into the aspiring educated middle class, and these demographic groups are shifting toward more health-conscious and hygiene products, including in their use of tobacco products,” he says.

“The educated middle class, which currently accounts for 52 million people out of a total population of 273 million Indonesians, are favoring e-cigarettes as part of their lifestyle, and these population groups are more open to healthy-yet-stylish products, which means a great opportunity for RRPs. The Indonesian middle class has been a major driver of economic growth as the group’s consumption has grown at 12 percent annually since 2002 and now represents close to half of all household consumption in Indonesia, which means that price is not a major concern for these groups when purchasing RRPs. A suitable brand ambassador, product choices, accessibility and affordability will play an important role in RRPs for the middle-class groups.”

Transforming Indonesia’s tobacco control policies will be a tough nut to crack. The Indonesian Development Foundation’s proposed roadmap, therefore, is a multi-step plan, with the first stage of implementation expected to be concluded within a two-year period—provided that the country’s development priority plan, which includes the elimination of child labor, remains under the control of the current government, says Siagian. “The overall program is expected to be accomplished in five years, with an additional three years of implementation under the next government as the continuation of the first-stage program,” he says. 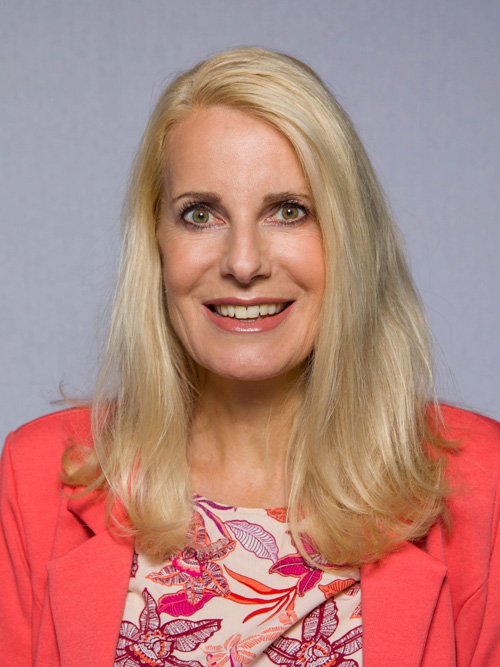