What the industry can’t (and could) say about harm reduction

Surveys show that the public perceives nicotine as the devil behind most of the cancer and heart disease caused by smoking. E-cigarettes and nicotine-replacement therapies alike are misperceived as relatively risky by many smokers. Even physicians are likely to believe nicotine is dangerous. The now entrenched view of nicotine as public health villain is the predictable result of years of emotion-based anti-vaping campaigns from government and advocacy groups and a steady drip of media reports on the latest perceived danger or deception from the nicotine industry. This includes coverage of the e-cigarette or vaping use-associated lung injury crisis that wrongly linked deaths from THC vaping to nicotine vapes.

The hundreds of thousands of deaths from smoking take place out of sight; they’re old news, not worth mentioning. When I was a public health graduate student in the 1990s, there was much conversation about how to make those deaths newsworthy. Advocacy groups looked for vivid imagery and metaphors to make their case: Hey, deaths from smoking are like a jumbo jet crashing in flames every day! Those deaths are still happening; the campaigns are not.

The Real Cost media campaign, run by the U.S. Food and Drug Administration since 2014, now targets vaping instead of smoking. Creativity in advertising is now focused on fanciful brain worms and similarly unsupported high-fear imagery.

Over drinks at the 2021 London GTNF meeting, I heard conversations bemoaning the passing of those government antismoking efforts and wondering how the FDA or Centers for Disease Control (CDC) could be persuaded to target nicotine misperceptions. In the “before times” (pre-FDA regulation and pre-Tobacco Control Act of 2009), as an academic who consulted to the industry, I headed a multi-year stop-smoking campaign funded by Philip Morris USA. QuitAssist was created to expand upon and encourage the use of existing smoking cessation materials from government and nonprofit organizations. This naturally made me wonder whether, even in this changed regulatory environment, the industry could find a way to pick up the dropped baton and lead a new communications effort.

What stops nicotine product companies from pushing back against this tide of misinformation and misperceptions? You’d think there would be a strong incentive for companies to educate the public. After all, if everyone believes that the health danger in cigarettes comes from the nicotine instead of the byproducts of combustion, why would smokers who can’t or won’t quit even consider switching to vastly less dangerous alternative nicotine products?

Since the GTNF meeting, I’ve talked with people from legacy and upstart nicotine product companies working with these issues from various corporate communications, regulatory and legal angles to try to understand the “carrots and sticks” that shape how the industry responds.

Companies reflexively blame the FDA regulations for their inaction. This has merit. To prevent new outbreaks of old Big Tobacco deceptive practices, the wording of the law can block companies from speaking obvious truths. But there are also surprising hidden disincentives to educate the public about nicotine. Will it upset shareholders? Will it upset regulators? Is it worth the money? Will it create litigation risk?

What makes nicotine product makers watch their mouths when it comes to public education? It’s complicated. If we envision the forces blocking industry communication as an iceberg, let’s start with the visible tip: what the law says that you can’t say.

The most commonly cited roadblock to correcting misperceptions about nicotine harm reduction is Section 911 of the Family Smoking Prevention and Tobacco Control Act of 2009.

Without a specific modified-risk claim pre-authorized by the FDA, a product’s label or advertising can’t state or imply it carries lower risk of disease or harm than another commercially marketed tobacco product. That’s pretty straightforward. But what’s next is not: you can’t even say the product “or its smoke contains a reduced level of a substance or presents a reduced exposure of a substance” or that the product “does not contain or is free of a substance” even when those statements are empirically true.

Based on this language, a company could not repeat facts from published research. It could not share the grudging admission from the CDC’s website that “E-cigarette aerosol generally contains fewer toxic chemicals than the deadly mix of 7,000 chemicals in smoke from regular cigarettes.”

This seemingly outrageous restriction on factual speech should be understood in historical context. The Act initially only covered cigarettes, cigarette tobacco, roll-your-own tobacco and traditional smokeless tobacco. With the language about advertising and communications, its authors were thinking about “light” cigarettes and similarly implied health claims that were misleading or taken out of context—not novel nicotine products that might be truly and even massively less risky. The FDA was empowered to issue regulations deeming other tobacco products to be covered by the Act, adding e-cigarettes in 2016.

Now, let’s look at the larger underwater part of that iceberg: the less visible factors that block companies from taking action.

Shareholders. Legacy tobacco companies like to focus publicly on their novel nicotine products and the transition away from combustibles. But there’s no denying that traditional tobacco products, especially cigarettes, are where the money is. Shareholders expect companies to act conservatively when it comes to their primary source of income. And some of the profits from combustibles support the massive R&D costs of transitioning to less dangerous products. However desirable the transition to the future world of reduced consumer harm and reduced litigation risk … as one person told me, it’s a good ESG (environmental, social and governance) story, but the incentives aren’t there.

Litigation risk. Despite the 1998 Master Settlement Agreement and FDA regulation, multinational tobacco companies remain in near-constant litigation on the cigarette front. Today’s tobacco industry is stuck with the legacy of decades of bad behavior; every action is scrutinized for intent to addict and harm fresh generations of users. So, an attempt to partner with a physician for public education conjures up images of 1930s Lucky Strike ads with smiling white-coated pitchmen. And as one insider explained, it becomes a cost to the business if it gets interpreted in court as evidence of further bad acting.

Cost. Section 911 of the Tobacco Control Act does allow the option of seeking authorization through the modified-risk tobacco product (MRTP) pathway to make a modified-risk claim. In 2019, Swedish Match was first to earn this status, allowing claims of lower risk of mouth cancer and five other ills if used instead of cigarettes to appear on eight General Snus products.

Unlike Europe, which takes a category approach to regulation, the U.S. regulates products one by one, even for very similar products with low youth use, such as vaping liquids. One person estimated that the cost of research to support an MRTP claim would be equivalent to what their company spent to support that product’s PMTA for marketing authorization: millions of dollars for claims that may not even be relevant or understandable to the average smoker.

Regulator pushback. Especially in the current regulatory environment of low trust, confusing guidance, pending legal cases and thousands of products in regulatory limbo, few companies want to risk further antagonizing the FDA. When I raised hypotheticals of education efforts that could be undertaken by nicotine product makers, I heard stories of wonderful might-have-been campaigns nixed by lawyers. A collaboration between the industry and respected researchers and their university, based on extensive focus group testing with smokers? Add a catchy slogan and creative messaging plus incentives and prizes to encourage smokers to try reduced-risk products and to stay off cigarettes? The FDA is lukewarm on the plan. Big Tobacco dollars that could have supported a huge smoking cessation effort go unspent.

The Right Audience and the Best Messenger

A final concern among industry insiders is a frank understanding of their own lack of credibility. Does it make sense to spend money on messages that won’t be believed? They point to research showing that government agencies and health professionals are the most trusted sources of information.

It’s noteworthy that recent research suggests that government agencies are less trusted by groups that disproportionately suffer from smoking, such as racial/ethnic minorities and lower income persons. And the FDA’s actions speak loudly: When smokers see their favorite vaping products removed from websites or store shelves while very low-nicotine cigarettes are authorized, what message does that send to consumers?

The industry’s best hope for correcting nicotine misperceptions likely comes from indirect public education, through health professionals and consumer advocacy organizations. But industry folks might also consider how to educate regulators, who may not know many or even any smokers, about the realities of their lives and needs.

Cheryl K. Olson is a California-based public health researcher who specializes in behavioral health issues and consults on tobacco product behaviors via McKinney Regulatory Science Associates. She spent 15 years on the faculty of Harvard Medical School. 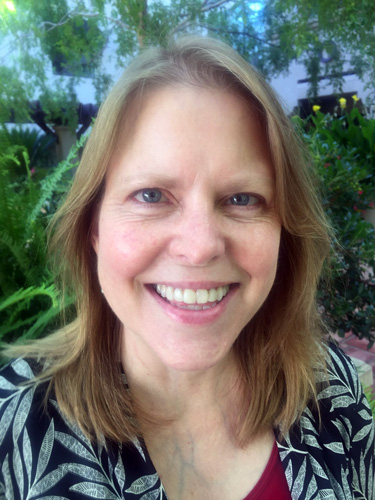