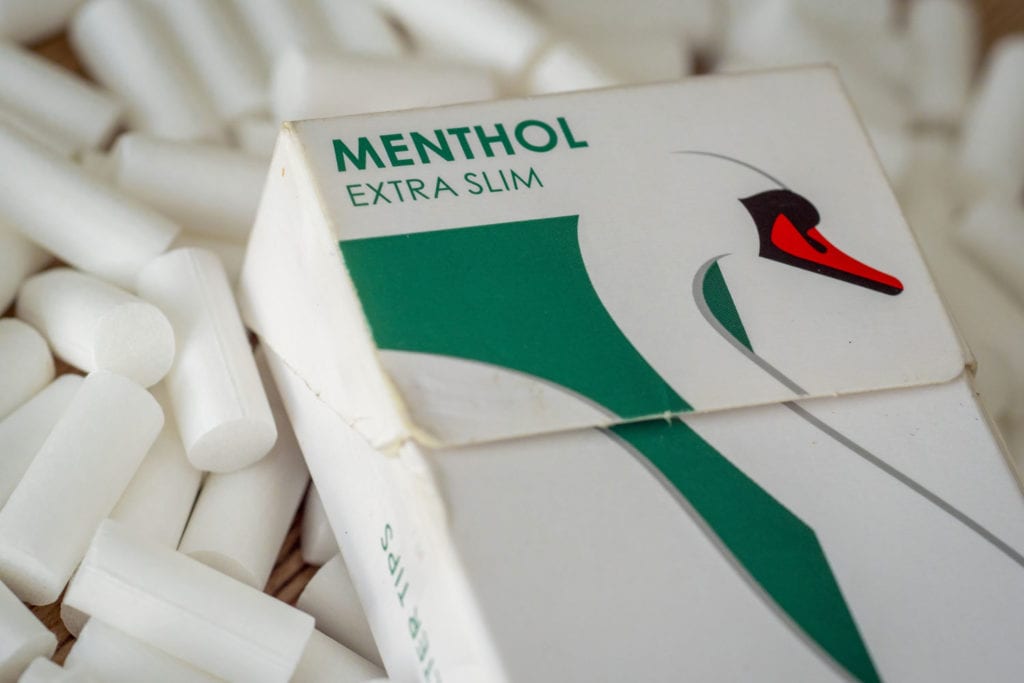 The U.S. Food and Drug Administration today announced a plan to ban the sale of menthol cigarettes in the United States. Menthols account for about one-third of the U.S. cigarette market.

The agency expects that taking menthol cigarettes off the market will reduce smoking levels and lower the number of young people taking up the habit.

With the FDA plan, the U.S. is following in the footsteps of Canada and the European Union, which banned menthol cigarettes in 2017 and 2020, respectively. Menthol is the only cigarette flavor that wasn’t banned under the 2009 Family Smoking Prevention and Tobacco Control Act, which gave the FDA authority over tobacco products.

In 2019, there were more than 18.5 million current menthol cigarette smokers ages 12 and older in the U.S., with particularly high rates of use by youth, young adults and African American and other racial and ethnic groups, according to the FDA. The agency cited modeling studies suggesting that there would be a 15 percent reduction in smoking within 40 years if menthol cigarettes were no longer available in the U.S. These studies also estimate that 324,000 to 654,000 smoking attributable deaths overall (92,000 to 238,000 among African Americans) would be avoided over the course of 40 years.

Health advocates oppose menthol because the ingredient’s “cooling” effect makes it easier to start smoking and harder to quit. The health consequences have disproportionally fallen on Black smokers, 85 percent of whom use menthols.

Critics have cautioned that a menthol ban could have unintended consequences. For example, Guy Bentley, director of consumer freedom at the Reason Foundation, warned of increased black market sales and more incarceration. The desired public health gains, he wrote, could also be achieved by applying the harm reduction model to tobacco policy.

Along with its menthol ban, the FDA also announced product standards to prohibit all characterizing flavors (other than tobacco) in cigars.

“Characterizing flavors in cigars, such as strawberry, grape, cocoa and fruit punch, increase appeal and make cigars easier to use, particularly among youth and young adults,” the FDA wrote in its announcement. “More than a half million youth in the U.S. use flavored cigars, and in recent years, more young people tried a cigar every day than tried a cigarette.”

Beginning May 4, the public can provide comments on these proposed rules. The FDA also will convene public listening sessions on June 13 and June 15.