E-cigarette maker NJOY Holdings Inc has hired bankers for a possible sale of the company, the Wall Street Journal reported on Tuesday, citing people familiar with the matter.

The report added the privately held NJOY is likely to be valued at up to $5 billion, according to the sources who cautioned the process was still at an early stage and there was no guarantee a deal would materialize. 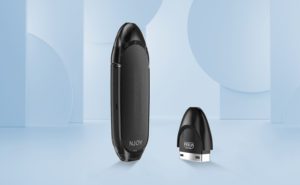 If NJOY does not receive a high enough valuation, the company could raise money and stay private, potentially paving the way for a future initial public offering, the Wall Street Journal said.

The e-cigarette maker is simultaneously exploring a new fundraising round and aims to raise between $300 million and $500 million, the report added.

NJOY has two devices that have received marketing approval from the U.S. Food and Drug Administration, including its Ace device and Daily disposables.

Late June, Bernstein analyst Callum Elliott wrote in a note that Altria could try to buy privately owned NJOY, which “has already succeeded with its PMTA process applications.”

Rival Juul Labs Inc said on Friday it was in the early stages of exploring several options, including financing alternatives, as the company deals with lawsuits and a probable ban on sales of its e-cigarettes by U.S. health regulators.

NJOY and Mudrick Capital Management, a majority owner of the company, did not immediately respond to a Reuters request for comment.