The EUBAM supports Moldova and Ukraine in their fight against illicit cigarette trade.

In June, Ukraine and Moldova became candidates for accession to the European Union. Driven primarily by the huge difference in price between a pack of cigarettes in these countries on the one hand and the EU member states immediately to their west on the other, both Moldova and Ukraine are among the leading origin and transit countries for illicit cigarettes trafficked into the EU market. According to the European Commission, EU member states miss an estimated €10 billion ($10.57 billion) in tax revenues every year due to the smuggling of both genuine and counterfeit cigarettes. This is equivalent to approximately 10 percent of the community budget.

To harmonize border control, customs and trade standards of the two countries with those of the EU member states, the European Union Border Assistance Mission to Moldova and Ukraine (EUBAM) was set up in 2005. Its aims are to ensure full implementation of integrated border management practices at the Moldova-Ukraine border, assist Moldovan and Ukrainian authorities to combat cross-border crime and contribute to the peaceful settlement of the Transnistrian conflict by supporting the development of Transnistria-related confidence-building measures and approximation of legislation and procedures in customs, trade, transport and trans-boundary management. Transnistria is a breakaway state that is internationally recognized as part of Moldova.

Cigarette smuggling, which includes both duty-nonpaid illicit whites and counterfeit products, is a major threat in the EUBAM’s area of operations, particularly at the central, Transnistrian segment of the 1,222 km border between the two countries. There are 67 border crossing points along the Moldovan-Ukrainian border, including 25 at the central part. Cigarette trafficking in the region comes in various forms, ranging from cross-border small-scale smuggling of packs hidden in vehicles to large-scale shipments being secretly transported at night. Other smugglers exploit legal loopholes.

To combat illicit cigarette trade more efficiently, the EUBAM in 2010 set up the Task Force Tobacco (TFT). The mission assists both Moldova and Ukraine in developing comprehensive anti-illicit strategies. At the practical level, the EUBAM helps its partner services to establish direct contact with their EU counterparts. It supports the law enforcement agencies of Ukraine and Moldova in their cigarette smuggling investigations, analysis and enforcement activities. This includes joint border control operations. Since the TFT started, the partner services have gradually developed the knowledge and expertise to conduct these operations through their own initiatives and in close cooperation with EU member states.

In addition, the EUBAM supports partners from the two countries in combatting tobacco smuggling by assisting them with the coordination of risk management decisions, targeting risky shipments of cigarettes as well as joint investigations and border operations. A recent success of the TFT was joint border control operation “Scorpion II,” during which Ukrainian, Moldovan and Romanian law enforcement agencies in cooperation with the EUBAM and OLAF, the European anti-fraud office, seized 8.5 million cigarettes between August and October 2021.

General Slawomir Pichor, head of the EUBAM and chairman of the TFT, says the platform has become a highly effective tool. “Most importantly, the Task Force Tobacco has been initiating and suggesting collaboration on certain proposals for tightening the legislative framework. Law enforcement action is not enough to effectively combat illicit trade; you also have to make interventions to close the legal loopholes to set signs. The platform has been kind of an early warning system. It is also elaborating substantial proposals for making legislative changes, which has been very effective in the long term as the mission is working to strengthen cooperation between Moldova and Ukraine law enforcement agencies and neighboring European member states, which we brought to this forum. It’s actually those countries that are affected by smuggling from this region, so it was important they could share experience and exchange information with Moldova and Ukraine.” 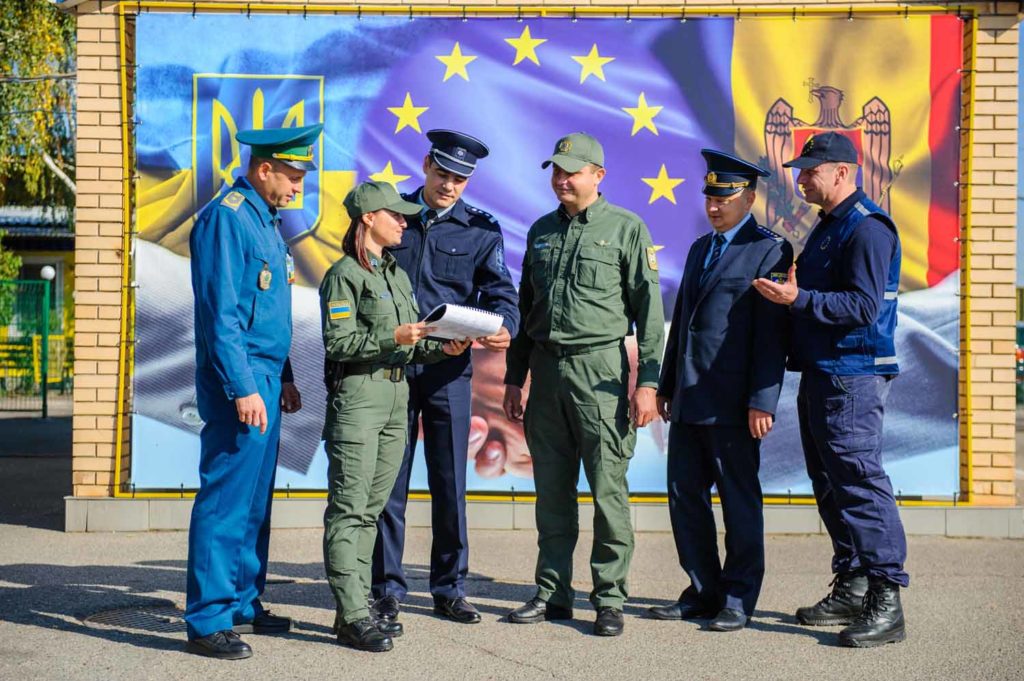 Moldova Joins the WHO Protocol

Internationally recognized as part of Moldova, Transnistria is a special case in the fight against illicit tobacco. The breakaway republic controls most of the narrow strip of land between the Dniester River and the Moldovan-Ukrainian border as well as some land on the other side of the river’s bank. Although unrecognized as independent, the region has its own government, parliament, military, police, postal system, currency and vehicle registration system. Over the years, the Transnistrian region has become a gray economic and security area 190 km from the EU’s external borders that attracts all sorts of cross-border crime. The illicit tobacco trade is no exception. According to the EUBAM’s observations, between 2012 and 2014, the delivery of tobacco products to the Transnistrian region vastly exceeded the potential demand on the local market, which meant that those products were destined for the much larger EU market.

“There is no presence and no control by the Moldovan enforcement authorities in the Transnistrian region, which means a lack of transparency and essential information, which is very important in effectively fighting illicit tobacco trade,” explains Pichor. “The mission was helping Ukraine and Moldova to monitor this tobacco trade very closely. In May 2015, Ukraine closed all border crossing points at the central Transnistrian segment of the border for excisable goods, including tobacco and cigarettes. Even though tobacco supply was cut off from the Ukrainian side, smugglers in the Transnistrian region misused other mechanisms, such as duty-free shops. In 2020 alone, 1.7 billion cigarettes were imported to the region with roughly 480,000 residents. EUBAM was raising this issue at different levels, including TFT, and in December 2020, the Moldovan side took proper actions at the policy level by intervention to the regulatory framework.”

In March 2022, the Moldovan Parliament decided to accede to the World Health Orgnization Framework Convention on Tobacco Control’s Protocol to Eliminate Illicit Trade in Tobacco Products. “This protocol is introducing elements which will cover the existing gaps in Moldovan legislation, so this is a very good step,” comments Pichor. “This protocol provides a very good toolbox for the effective fight against the clandestine factories. It also adds more surveillance and monitoring of cigarette production, from growing tobacco till the final finished product. It will also require amendments in the Moldovan legislation to introduce this tool set as well to effectively use it, and our mission has been advocating for its adoption. Overall, it will contribute to the effective fight against illicit tobacco trade.” 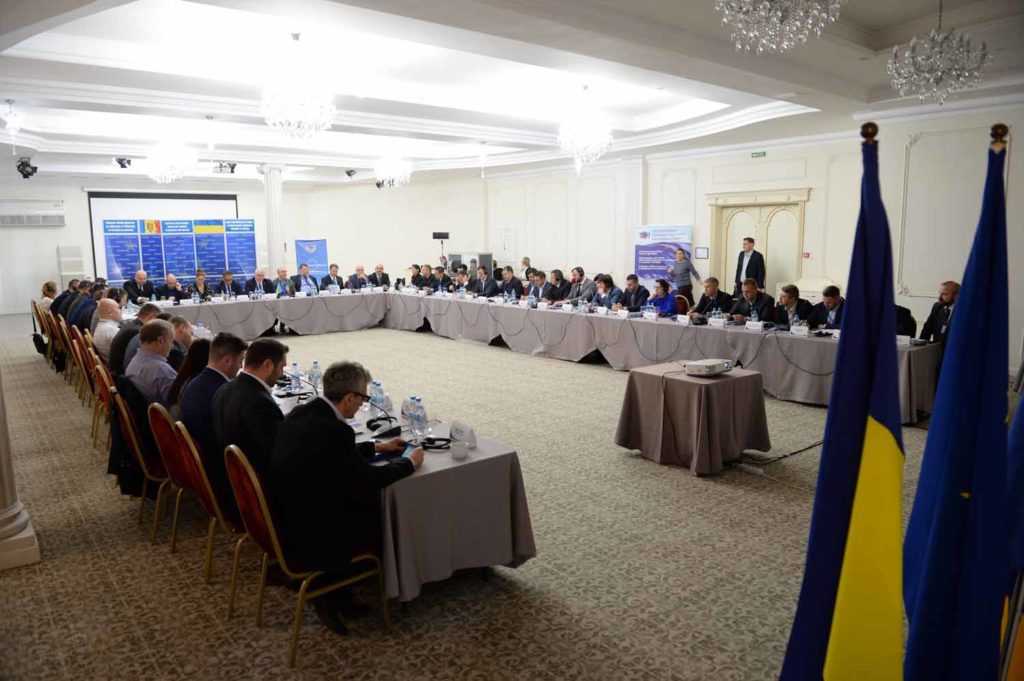 The Covid pandemic markedly impacted the nature of cigarette trafficking in the region, according to Pichor. “Covid-19 influenced the modus operandi for cigarette smuggling significantly. With borders closed and regular flights and shuttles canceled, small-scale smuggling significantly decreased. Although, large-scale trafficking wasn’t influenced because cargo transportation is used in this case. In general, during this period, there have been fewer seizures, and a growing number of illegal cigarette factories was set up on EU territory.”

The next change came with Russia’s war against Ukraine. Not only is Ukraine a source of illicit cigarette production, but it is also a transit hub for cigarette smuggling. Three important seaport cities, among them Odesa and Chornomorsk, until recently Ukraine’s largest maritime gateways for imports and exports, have been blocked by the Russians. “This was the route for smuggling the cigarettes from Asia and the Middle East,” says Pichor. “Belarusian cigarettes, also a significant part of illicit tobacco trade, went via Ukraine too. Now that this route is closed, we can expect other channels to replace it. At the same time, there will now be more pressure from illicit production inside EU member states. With no internal borders in the community, the risk of detection is much lower.”

Even though the EUBAM had to shift its priorities following Russia’s invasion of Ukraine, the fight against illicit tobacco trade continues, according to Pichor. “Currently, there is immense pressure on Ukrainian authorities to get agricultural commodities out of the country, and our role is now to facilitate this,” he says. “As for the fight against illicit tobacco, we cooperate with the Bureau of Economic Security of Ukraine, which is very active in this sphere. Established in 2021 as an umbrella body to investigate all kinds of economic crimes, the bureau serves as a platform for constructive dialog between the state and the business community. As you see, we have not abandoned combatting cigarette trafficking and will continue our efforts, which we are strengthening even more with the help of recently recruited profile experts.”

At the beginning of the war, the EUBAM relocated its Odesa headquarters to Chisinau and deployed some of its staff to assist in managing the influx of refugees into Moldova. To support the mission in this task, the EU made €15 million available for additional staff, equipment and training.