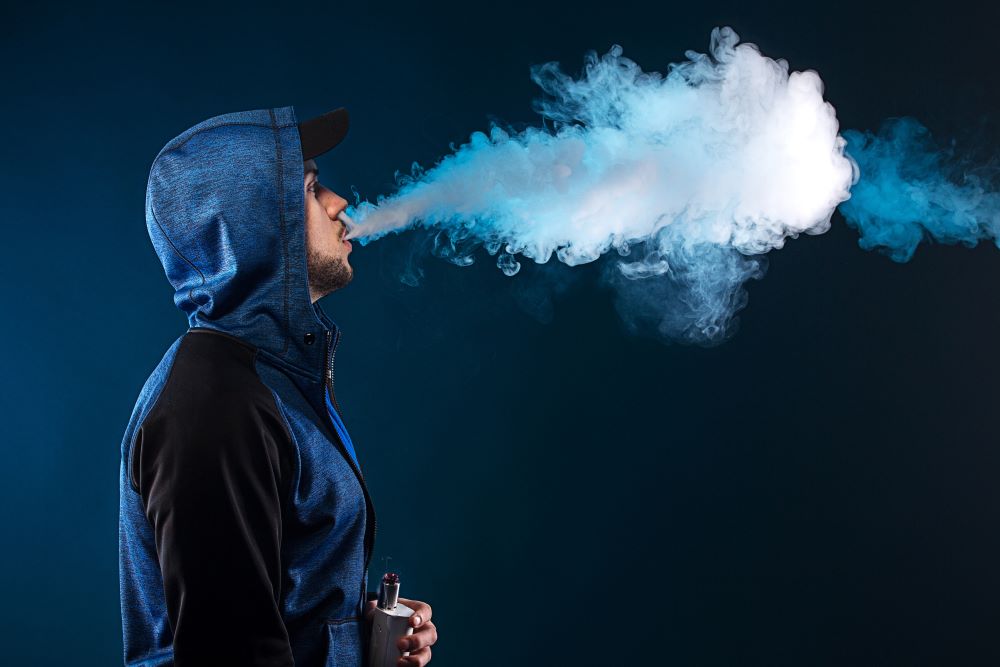 In mid-May, a shockwave hit Spain’s vaping industry: The government presented a bill that would end the independent domestic vaping sector. The proposal calls for limiting vapor product sales to state-owned tobacconist shops within five years. Specialized vape shops can stay in business only if they transition into licensed tobacconists—a step that would oblige them to sell combustible products as well. The bill would also ban online sales of vape products.

At a recent conference, Angeles Muntadas-Prim Lafita, chair of the Spanish Association Supporting Vapers (ANESVAP) explained that the proposed legislation means the government wants to monopolize the nicotine market. “A country that is a member state of the European common market wants to monopolize a free and independent market. That’s like going back to a time when Spain wasn’t even a democracy—or even to the Spanish Inquisition,” she said.

Muntadas-Prim Lafita considered it unlikely that vape shop owners would sell combustibles. Established tobacconist shops, on the other hand, might or might not sell vaping products under the planned rules. “This would be harmful for consumers who would be forced to go to a tobacconist to get their vape products—or as many as they could find because it would be up to the tobacconist to decide what he is going to sell,” she said. “In addition, smokers who use vaping to quit more hazardous products might be tempted to purchase combustibles again. It’s like forcing an Alcoholics Anonymous meeting to be held in a liquor store.”

If the bill, which is now in the stage of public consultation, passes, it would also mean the loss of 1,200 direct and 3,000 indirect jobs in times of emerging economic crisis, according to Muntadas-Prim Lafita. Vape shops would have only six months to notify the commission for the tobacco market that they wanted to transition to become tobacconists. “The result of this legislation would be black markets, disobedience and lots of people going back to smoking,” she predicted. “Tobacco control in Spain is one of the fiercest and most stalled in the European Union.”

Criticism also came from the Independent European Vape Alliance (IEVA), the trade representative of independent producers and retailers of vaping products in the EU.

In a statement, the organization pointed out that the proposed legislation went against the main principles of EU competition law. “Considering the consequences of the proposed measures, the [draft bill] will set a worrying precedent in which legally established business can be unilaterally closed in an EU member state and handed over to a state-owned network of tobacco shops,” the IEVA wrote.

The planned legislation also violates the freedom of movement of goods in the EU and would generate severe adverse economic impacts in Spain and the EU, according to the group. It would drastically cut the European distribution value chain and negatively impact the exports to Spain from other EU member states, as the sales of vaping products in tobacco shops are expected to be extremely limited compared to the ones in specialized shops. Tobacco shops, after all, aim to maximize sales of combustible cigarettes and will be disinclined to devote time to explaining electronic devices to smokers looking to switch to less harmful alternatives.

An online sales ban for vape products would also drastically reduce the movement of goods in the EU as retailers in other countries would no longer be allowed to sell their products in Spain. Lastly, the IEVA said, the proposed law fails to distinguish between combustible tobacco products and noncombustible products as established in the EU’s 2014 Tobacco Products Directive (TPD).

The association called on the Spanish government, medical authorities and other stakeholders that will provide comments on the draft bill to critically reconsider the measure and insisted authorities review the proposed legislation for competition issues.

Compared with markets such as the U.K., vaping in Spain is relatively rare. After pharmaceutical companies lobbied the government for tougher legislation on vape products, the number of vape shops dropped by 90 percent in 2014. Today, there are around 535,000 vapers, which represents an adult vaping prevalence of 1.33 percent, according to the Global State of Tobacco Harm Reduction. This compares to a smoking rate of 27.9 percent, or 11.1 million people.

Vaping devices, like heated-tobacco products, are legal in Spain and can be sold to those aged 18 or older. E-liquids are currently untaxed. Statista estimates that the Spanish revenue service will collect the equivalent of $183.4 million in e-cigarette taxes in 2022. The market is expected to grow annually by 2.89 percent.

The bill is part of a wider effort by the Spanish government to bring its regulatory framework for tobacco products in line with World Health Organization and TPD standards.

The manufacture, advertising and sale of vape products in Spain is regulated under the Royal Decree 579/2017, implemented five years ago, which basically translates the TPD into Spanish national law. The rules ban smoking and vaping in all indoor state-owned public places, on public transport and in some outdoor places, such as parks. Advertising of vape products on TV is allowed, though there are regulations about the type of program and the times of day in which advertisements may be broadcast. Cross-border sales of e-cigarettes are prohibited.

In December 2021, the government published the draft of its “Comprehensive Plan for Smoking Prevention and Control 2021–25,” which aims to extend anti-smoking legislation from 2006 to include vaping products. During the consultation period, several Spanish medical societies took a hard stance on vaping, saying e-cigarettes are an ineffective tool for smoking cessation and asking the government to regulate them like combustible tobacco products.

Among other things, the plan aims to make more places—including private vehicles—smoke-free and vape-free, ban all e-liquid flavors except tobacco and introduce plain packaging for combustible cigarettes, vape devices and e-liquids.

Following a June 2021 report by the National Committee for the Prevention of Smoking, the plan also called for the taxation of vapor products. The report proposed a general e-liquid tax at the EU average rate of €0.15 ($0.15) per milliliter and an additional tax of €0.006 per milligram of nicotine. This would amount to an average tax rate of 35.6 percent, enabling the Spanish government to collect €35 million in taxes per year, according to the National Committee. With all measures combined, the government aims to reduce the percentage of the population that smokes to 10 percent by 2040.

According to the World Vapers Alliance analysis, the draft plan is biased against vaping, selectively citing studies, many of which have already been refuted. However, it didn’t consider studies acknowledging the harm reduction potential of vape products, such as the findings of Public Health England that vaping is 95 percent less harmful than smoking and may serve as an important smoking cessation tool.

“What this means is that the government wants to make it harder to vape than to smoke,” the organization stated. “Overall, the government draft shows the lack of knowledge politicians have on harm reduction tools, such as vaping, and the need for vapers to press them and tell their stories. Public health laws need to be based on evidence and not on stigma.”

The ANESVAP has started collecting signatures for a petition urging Spain to keep vapor taxes low and e-cigarettes accessible for customers. It also calls on regulators to keep online sales legal, allow an appropriate range of flavors and differentiate between vapor products and combustible cigarettes in smoke-free places.

The busy schedule of the Spanish government leading up to next year’s general election presently plays into the hands of the country’s vape community. Already more than a year behind schedule, the plan is now less likely to be brought before the Spanish Parliament soon, according to ECigIntelligence, which expects the bill to be discussed next year at the earliest.