In a fact sheet titled “Flavored E-cigarettes Hook Kids,” the U.S.-based Campaign for Tobacco-Free Kids asserts that “Flavored e-cigarettes are undermining the nation’s overall efforts to reduce youth tobacco use and putting a new generation of kids at risk of nicotine addiction and the serious health harms that result from tobacco use.” Let us call this “the activist proposition.”

The challenge with simple but false activist propositions is that refuting them can require a lengthy embrace of more complex arguments. Brandolini’s law, also known as the bullshit asymmetry principle, can be expressed: “The amount of energy needed to refute bullshit is an order of magnitude larger than to produce it.” In this article, we shall demonstrate Brandolini’s law by addressing the simple but false activist proposition about flavored e-cigarettes through a series of questions.

First, do flavors cause youth tobacco or nicotine use? The activist proposition builds in an assumption that flavors cause e-cigarette use. Lots of young people use flavored e-cigarettes. Therefore, it is claimed, flavored e-cigarettes must cause young people to use e-cigarettes. But how likely is that? We know from the past that a high proportion of young people can use tobacco if they choose to, mostly without flavors. According to the Monitoring the Future survey, for most of the 1990s, U.S. 12th-grade past 30-day cigarette smoking prevalence was at or above 30 percent. By 2021, teenage cigarette smoking had fallen around 4 percent, but nicotine vaping had reached 20 percent. Perhaps there is a persistent demand for nicotine or tobacco, regardless of whether it is flavored. Also, let’s look over time. In the United States, high school past 30-day vaping was 11.3 percent in 2016, rose to 27.5 percent in 2019 but fell to 14.1 percent by 2022. Yet there was very little change in the availability of flavored e-cigarettes to explain these swings. There are also countries where flavors are widely available but youth vaping is relatively low. Take the U.K., for example, which takes a positive approach to tobacco harm reduction and vaping. Thousands of flavored products are available, but according to a recent official evidence assessment, youth vaping remains below 10 percent. And the U.K. offers us a further important insight: “[D]ata showed that most young people who had never smoked were also not currently vaping (98.3 percent).” This tells us that vaping is highly concentrated in adolescents already open to tobacco use.

Second, so what does cause youth tobacco or nicotine use? Most of the evidence points to characteristics of the individual and their circumstances not tobacco product features. Tobacco use is driven by a complex mix of psychosocial factors, including genetics, parental smoking, poverty, delinquency, rebelliousness, low self-esteem, peer group, etc. A 2016 literature review identified 98 conceptually different potential predictors of smoking onset. A 2019 study looked at stated reasons for e-cigarette use and concluded there were two main drivers: “alternative to cigarettes” and the “larger social environment.” For some young people, tobacco or nicotine use may have functional benefits. It may modulate stress or anxiety, improve concentration or help control conditions such as attention deficit hyperactivity disorder (ADHD). For others, it may be just frivolous and experimental. In 2019, the U.S. Centers for Disease Control and Prevention asked young people why they vaped; the top reason was, “I was curious about them.”

Third, what would teenage vapers do if they were not vaping? Implicit in the activist proposition is the idea that removing flavors will remove the reason to vape and stop the user from vaping. At one level, there is some truth in this. If the products are bland, unpleasant or tasteless, perhaps no one will use them. But here is the problem: What if the demand for tobacco and nicotine has deeper psychosocial causes, such as those discussed above? Removing the flavored products does not make the demand go away. Would the teenage vapers just give up vaping and do more homework and piano practice instead? If the underlying demand remains, that is unlikely. Teenagers interested in nicotine might revert to cigarettes, cigars or other tobacco products. We have some evidence for this: When e-liquid flavors were banned in San Francisco in 2019, there was an increase in teenage smoking compared to other areas where flavors had not been banned. This is hardly a surprise—in one study, young adults were asked what they would do if e-cigarette flavors were banned. About one-third said they were likely to switch to cigarettes.

In 2022, Boston-based public health scientists Mike Siegel and Amanda Katchmar reviewed the body of evidence on youth smoking and vaping, concluding that it “suggests that youth e-cigarette use has instead worked to replace a culture of youth smoking.” Economic analysis also backs this idea—when prices of e-cigarettes increase, youth vaping falls, but youth smoking rises. That tells us that e-cigarettes and cigarettes function as substitutes. If regulators ban e-cigarette flavors, then they should not be surprised if more smoking is the result. For that reason, Siegel and Katchmar concluded “[W]e propose a reevaluation of current policies surrounding e-cigarette sales so that declines in e-cigarette use will not come at the cost of increasing cigarette use among youth and adults.” That is very troubling for the activist proposition—it means policies to address youth vaping cannot be evaluated without concern for their effect on youth smoking. It also means that some youth vaping may be a diversion from smoking and is beneficial. It follows that regulation discouraging vaping could easily be harmful.

Fourth, how would a ban on flavors work? The logic of the activist proposition is that a ban on flavored products would remove flavored products from the market, thus removing the reason for young people to vape. But that is not how prohibitions work in practice. A prohibition does not cause the prohibited product to disappear. But in practice, a prohibition causes the perturbation of a market. It causes changes to the behavior of consumers, legal and illegal suppliers, prices and availability. Foreseeable consequences include switching to cigarettes or other tobacco products; switching to other substances; switching e-cigarettes to the permitted flavors; illicit trade in flavored liquids; home mixing and informal selling; cross-border trade or internet sales; stockpiling and workarounds such as sales of flavors for aromatherapy. Prohibitions change the supply side, and rarely for the better. There should be no mystery about this: Despite longstanding prohibition, the Monitoring the Future survey shows that U.S. 12th-grade past 30-day cannabis use has been around 20 percent and daily use around 5 percent for about the past 25 years. Some of these responses to flavor prohibition will clearly increase harm compared to vaping. Because smoking is so much more harmful, it would only take a slight uptick in smoking to offset any benefit of significantly reduced teenage vaping. But there are also hazards arising from informal manufacturing and workarounds. Illicit supply will bring adolescents into contact with criminal networks as consumers and potentially as low-level participants.

Fifth, what is really going on with youth vaping? I believe there are two broad patterns of youth vaping and two distinct behaviors at work, but these are often conflated. The first is frivolous and experimental use, where young people try new things. This has characteristics of a frothy fad: infrequent use, transient and unpredictable. The second is more determined nicotine use: frequent, intense and entrenched. But this group is more likely to be the adolescents who would otherwise be using cigarettes or other tobacco products. The first group contributes to the “youth vaping epidemic” narrative but is not really a cause for great public health concern. The second group represents the migration of nicotine use in society to far safer technologies and is likely beneficial for public health. The activist proposition, however, requires policymakers to believe there is no latent demand for nicotine use and that removing products will eliminate nicotine from society. But it is much more plausible to think of the demand for nicotine in similar terms to alcohol, caffeine, cannabis and other recreational substances. People use nicotine for a reason, and there will be a long-term demand for it. The task for policymakers and regulators is to make that acceptably safe and to resist simplistic activist propositions that are likely to do more harm than good.

In November 2022, the Campaign For Tobacco Free Kids celebrated the success of a mass activist campaign to secure Proposition 31, a ban on flavored products in California. They may have won their political battle, and their aggressive promotion of the activist proposition has again prevailed. But nowhere in its advocacy literature does this powerful coalition level with California’s voters about the underlying drivers of youth nicotine use, the linkages between smoking and vaping, and the risks of unintended consequences. They can deny this real-world complexity, but policies built on bullshit have a nasty tendency to go wrong, to do more harm than good and to call into question the credibility of their advocates. 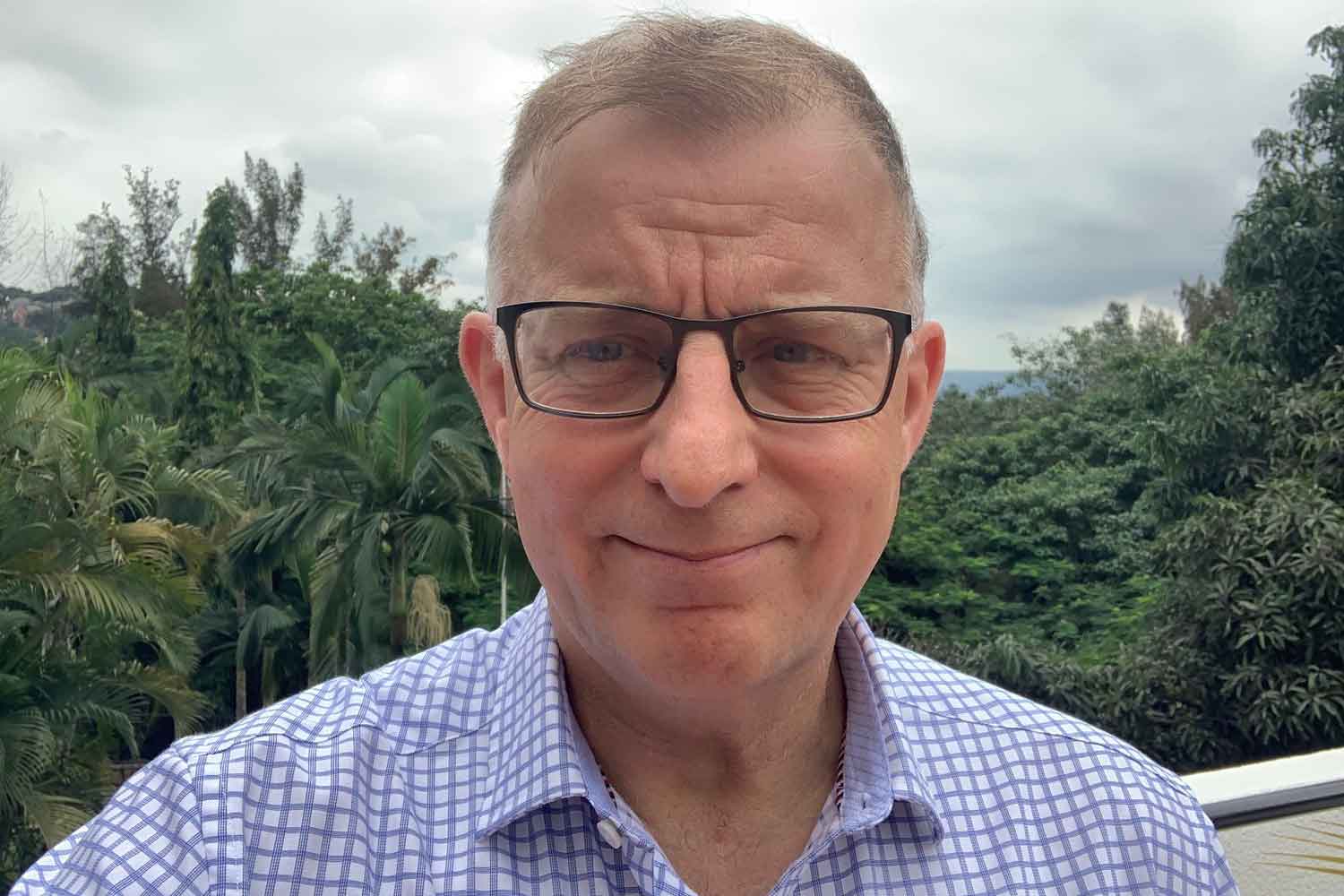