Moving up the tobacco value chain requires a content and stable grower base.

Why is tobacco produced anywhere, given what is known about the risks of consuming it? I ask because it seems to me that if there is one thing that governments around the world agree on, it is that the consumption of tobacco comprises a serious negative, socially and economically, which suggests they ought, in unison, to ban production universally.

Of course, all sorts of arguments can be put forward as to why this strategy couldn’t be made to work, but, thinking about it, I could not come up with one such argument that was irrefutable. So why isn’t production banned worldwide? Where’s the catch? I think it lies in the fact that many governments are happy to enjoy tobacco’s positive aspects but uncomfortable about admitting to them. It lies in the degree of negative consequences suffered by a country because of tobacco consumption and the degree to which these consequences are offset by the positive outcomes that can accrue to those countries that produce tobacco. Obviously, the desire to ban tobacco production would be much stronger in a country that doesn’t grow tobacco but has a large smoking population than it would be in a country that grows and exports tobacco but has a small smoking population. And this dial might shift further in the future in favor of some producer countries as they try to add to the value of their exports by empowering local merchants and manufacturers.

I started thinking about such issues after reading a Dec. 1 story in The Star newspaper that described how the Kenya Tobacco Control Alliance had asked President William Ruto to reconsider his decision to sign a trade pact with South Korea aimed at increasing exports of, among other things, tobacco. The alliance was fearful that such increased trade would cause the expansion of tobacco production at a time when efforts were being made to encourage growers to switch to other crops and activities.

A press release issued following the International Tobacco Growers’ Association (ITGA) 2022 annual general meeting held in Castelo Branco, Portugal, Oct. 26–29, stated that its members were calling for inclusion in the global-level, regional-level and country-level consultations shaping the present and future of the tobacco production sector.

Particularly, the ITGA wants to be able to take part in the Conference of the Parties (COP) to the World Health Organization Framework Convention on Tobacco Control (FCTC), COP10, which is due to be held next year in Panama. “By preventing growers’ access to the ongoing discussions, the Framework Convention on Tobacco Control acts against the international institutions’ rules of procedures and therefore against its own,” the press note said. “Growers urge for closer and stronger engagement with partners to overcome the common challenges facing tobacco growing. Costs of production and price stagnation, in the face of rapid inflation, mean […] that growers need support from all industry stakeholders to fight pressing issues, including the effects of climate change, deforestation and child labor.”

In fact, these are just a taste of the challenges confronting tobacco production. Running one’s eye over reports from around the world, it is also possible to pick up on perennial issues, such as the aging of the tobacco grower bases in some countries and labor shortages more generally. Then there are the not constant but all-too-frequent concerns surrounding unhelpful currency movements and severe weather events, such as hurricanes. As usual, government regulations come into the picture, either indirectly, through efforts to reduce product consumption, or directly, though it needs to be noted that not all such regulations are negative. Interestingly, there seems to be little immediate concern about moves in the U.S. to require very low levels of nicotine in tobacco, perhaps because many people see this as either a nonstarter or something that is way off in the future.

Other issues are particular to these times: The Covid-19 pandemic is still posing risks and causing logistical problems while Russia’s invasion of Ukraine has pushed up the prices of energy and some agricultural chemicals and, according to one report at least, led to the use of counterfeit chemicals that have damaged crops. Perhaps Graham Boyd, executive vice president of the Tobacco Growers Association of North Carolina, summed the situation up best when, addressing the ITGA meeting, he said that the reward to risk ratio of producing tobacco in the U.S. was currently too low.

Few of these challenges are new, of course, but some of the responses to them are. At the Global Tobacco and Nicotine Forum in October, Pyxus International’s subsidiary, Pyxus Agriculture Malawi (PAM), received the Golden Leaf Award in the Best ESG (environmental, social and governance) Program category for its efforts to promote responsible fuel production in Malawi. These efforts have involved the company producing charcoal in what it describes as a responsible manner using residual wood from its preexisting forest plantation. PAM is able, using its parent company’s proprietary track-and-trace platform, to ensure that any lumber used in its charcoal manufacturing is sustainably sourced and can be replenished.

PAM is clearly well regarded in Malawi, where it was last year given a platform to describe the strides it was making in diversification and value addition. The occasion was the opening on June 23 of the 34th Congress of the Tobacco Association of Malawi Farmers’ Trust by Malawi’s then minister of agriculture, Lobin Clarke Lowe.

According to a story in The Nyasa Times, Lowe said tobacco growers needed to diversify and add value to their produce as they had in the past by lifting yields from 1,000 kg per hectare to 1,800 kg per hectare. This had been one step in the right direction because improving productivity allowed growers to maintain their tobacco production while freeing up land for growing other crops.

“Recent global events are teaching us that we need to intensify on value addition and stop exporting crop commodities in raw form,” he said. “My ministry is working on an ‘agricultural and general crops act,’ which will see improvements in the conduct of markets for all crops and encourage investments in production and value addition.”

The idea of value addition in the country of production has been around for a long time, which is an indication, I think, of how easy it is to imagine but how difficult it is to bring about. The Herald newspaper reported in the middle of last year that the Zimbabwe government was spearheading the Tobacco Value Chain Transformation Plan that aimed to transform the country’s tobacco value chain into a $5 billion industry by 2025. “The plan, which was … [announced] last year [2021], focuses on increasing primary production to 300 million kg by 2025, localizing financing for small-scale producers and increasing value addition from 2 percent of total tobacco produced to more than 30 percent,” the story said. 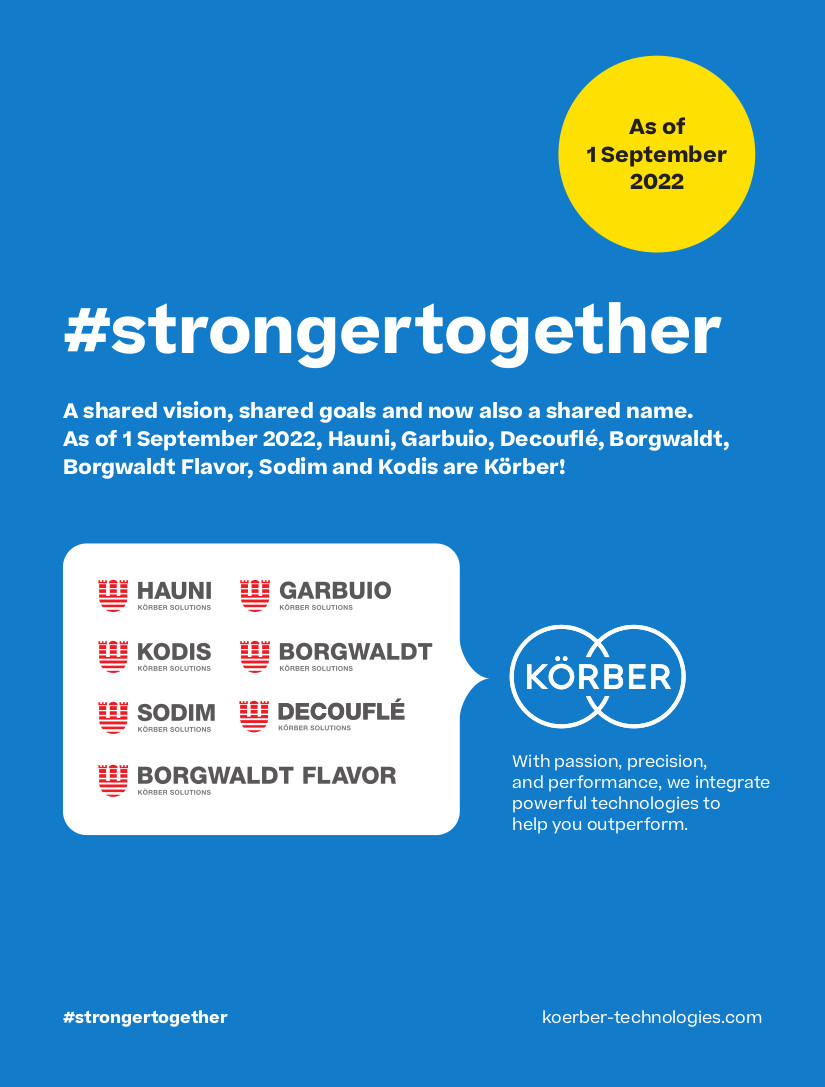 Value addition cannot come soon enough, according to an October story in The Sunday Mail newspaper, which said that while the country’s land reform program had led to the empowerment of the tobacco sector at the primary level, it had not translated into gains further down the value chain, where higher returns were being made by leaf merchants and cigarette manufacturers.

With one or two exceptions, indigenous merchants had failed to penetrate the market due to formidable entry barriers, including limited access to low-cost funding and a lack of factory processing capacity, the story said. And, as a result, indigenous merchants had been condemned to trading as speculators at the sales floors. They engaged in surrogate buying on behalf of the big merchants, and they were involved in the management of contract growing schemes on behalf of the large merchants.

Returns from all these activities comprised a pittance relative to the returns indigenous players could realize in export markets as leaf merchants or cigarette manufacturers, the story said. The indigenous tobacco merchant did not have a seat at the main table and was surviving on crumbs dropped by larger merchants.

The industry in Zimbabwe clearly has some issues that need to be addressed, though whether the empowerment of indigenous merchants, clearly a good idea in itself, would address those issues is a moot point. In a report in The Independent newspaper, the president of the Tobacco Association of Zimbabwe, George Seremwe, said tobacco growers were expecting the Tobacco Industry and Marketing Board (TIMB) to iron out problems that had affected growers last season. Some contractors had failed to pay growers last year and still had not paid them, so those contractors should not be buying tobacco this season, he said.

And Seremwe had more serious accusations to make. “We all know that this sector is regarded as one of … [those] heavily infected with cartels,” he said. “This should end. We want sanity in the tobacco industry, and I urge TIMB to make sure that all these things negating the industry are eliminated,” he said.

Reading some of these Zimbabwe stories is like being transported back decades to India’s export leaf production industry when stories were rife of growers not being paid during the season in which they handed over their tobacco and perhaps not being paid at all in some cases. At the same time, rumors of cartels were similarly rife. But India got its act together in large part by switching from a contract system of buying tobacco to an auction system. I have not been to India for many years, and I’m sure that the industry has its challenges, but from what I can gather, the situation there is fairer and therefore more stable than it was.

Of course, the arrival of the auction system did not account completely for the turnaround of the industry in India, and it is obvious that other countries manage to operate production industries using contract buying. Nevertheless, it is interesting to note comments reportedly made recently to The Herald by the CEO of the Zimbabwe Tobacco Association, Rodney Ambrose, who said there was a need to restore the viability of the auction system to insulate growers from “all kinds of abuse by the merchants.”

“We need to return to a system where farmers self-finance themselves so that the auction system remains viable,” he was reported to have said. “We cannot have a situation where contractors determine the price of inputs, the price of extension services, the prices of the final product. This leaves farmers in debt. Besides, the contract system is not healthy in terms of foreign currency generation.”

What it comes down to, I guess, is that a strategy of value addition is all well and good, but to make it work, you need tobacco and, therefore, a content and stable grower base. 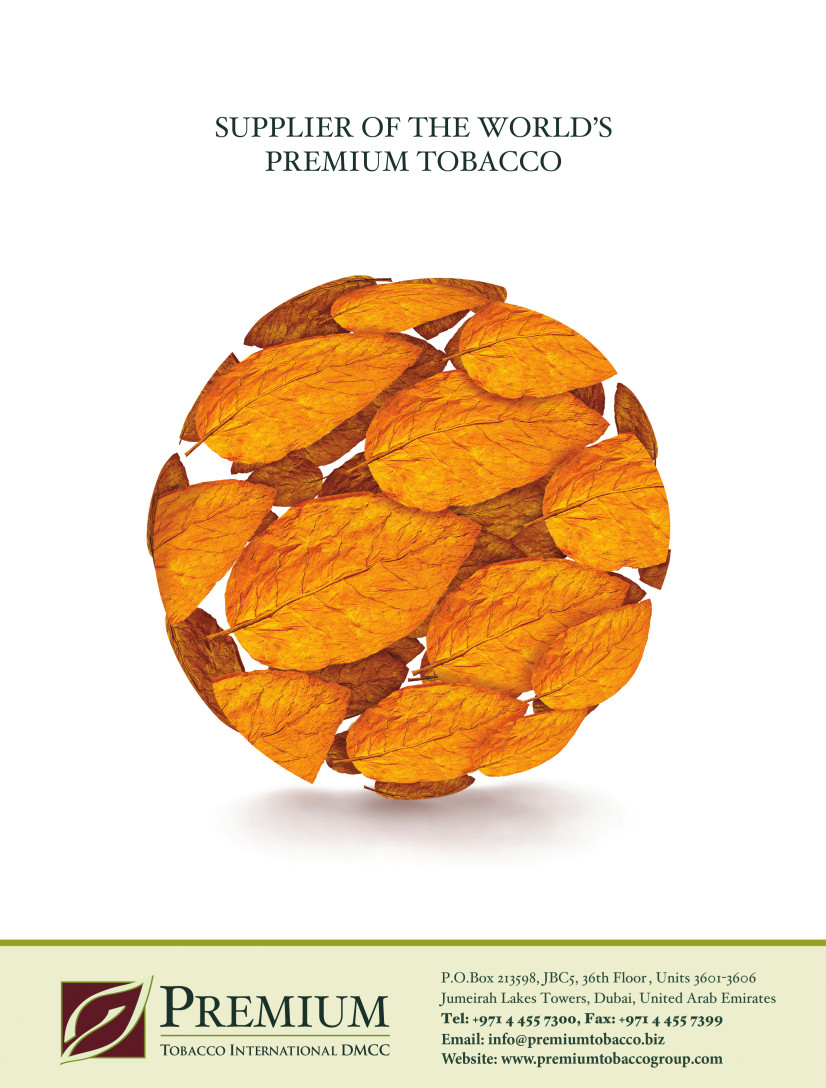