The pitfalls of banning tobacco and nicotine

Mention prohibition and most people will think of the United States’ ill-fated attempt to eradicate the health and social problems associated with alcohol consumption by banning the manufacture, transportation and sale of intoxicating beverages in the 1920s. Rather than achieving the desired effects, the experiment fueled a wave of illegal manufacturing and smuggling while spawning some of America’s most notorious crime syndicates. In 1933, the federal government acknowledged defeat and repealed the law.

Given prohibition’s poor track record, it’s tempting to conclude that the measure has been consigned to the dustbin of history. Surely, modern policymakers would steer clear of such a crude and ineffective tool? But as became clear during a panel discussion at the recent Global Tobacco and Nicotine Forum (GTNF), prohibition has been making a bit of comeback lately, even if its contemporary proponents are careful to avoid the term. As moderator Flora Okereke of BAT pointed out, 15 years ago, the concept existed only at the fringes of tobacco control. “Today it is mainstream,” she said. “At some point in the not-too-distant future, tobacco and even nicotine could be outlawed.”

Okereke’s panel included experts with a variety of professional backgrounds: Christopher Snowdon, head of lifestyle economics at the Institute of Economic Affairs; Abrie du Plessis, trade law consultant; Kgosi Letlape, president of the Health Professions Council of South Africa and president of the Association of Medical Councils of Africa; Simon Clark, director of the smokers’ rights group Forest; and Riccardo Polosa, full professor of internal medicine at the University of Catania and director of the Center of Excellence for the Acceleration of Harm Reduction.

During a skillfully guided, hour-long debate at the Hay-Adams hotel in Washington, D.C., they examined the drivers and consequences of the new prohibition movement and offered suggestions on how tobacco regulation might more sustainably evolve to embrace harm reduction instead of prohibition. 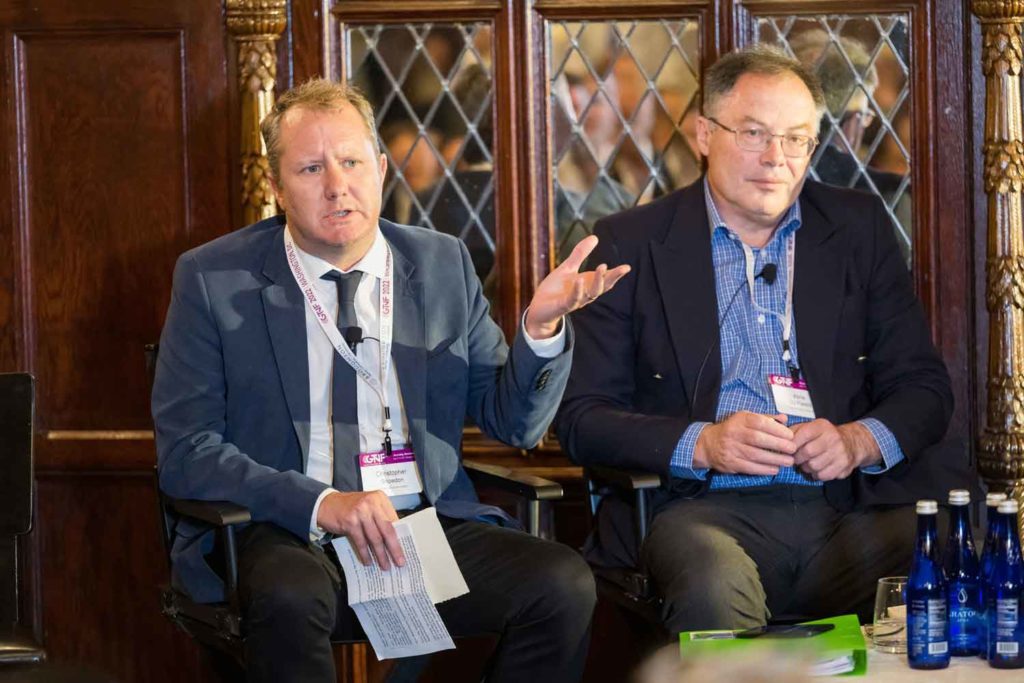 Snowdon started by noting that, despite the negative U.S. experience with alcohol, prohibition has always been the natural conclusion of the anti-smoking campaign. “Prohibition somewhere is probably more imminent than some people think,” he said, pointing to New Zealand’s recently announced policy of gradually raising the age at which consumers can buy tobacco until it covers the entire population and the United States’ plan to require tobacco companies to reduce the nicotine in their products to a level at which nobody would want to smoke. “Both are variations of prohibition,” said Snowdon, but neither country is calling it that, instead using euphemisms such as “tobacco-free generation” and “endgame.”

The panelists identified several reasons for prohibition’s revival, including pressure from advocacy groups, continued hostility to the tobacco industry and health ministers eager for approval from their colleagues and the World Health Organization.

Other unfortunate examples of recent tobacco prohibitions include that in Bhutan (recently lifted in the wake of thriving illicit trade and concerns about cigarette smugglers spreading Covid), the ban implemented by the Islamic State terrorist group when it controlled swaths of Iraq and Syria, and the quickly reversed South African prohibition temporarily instituted during the Covid-19 lockdown. 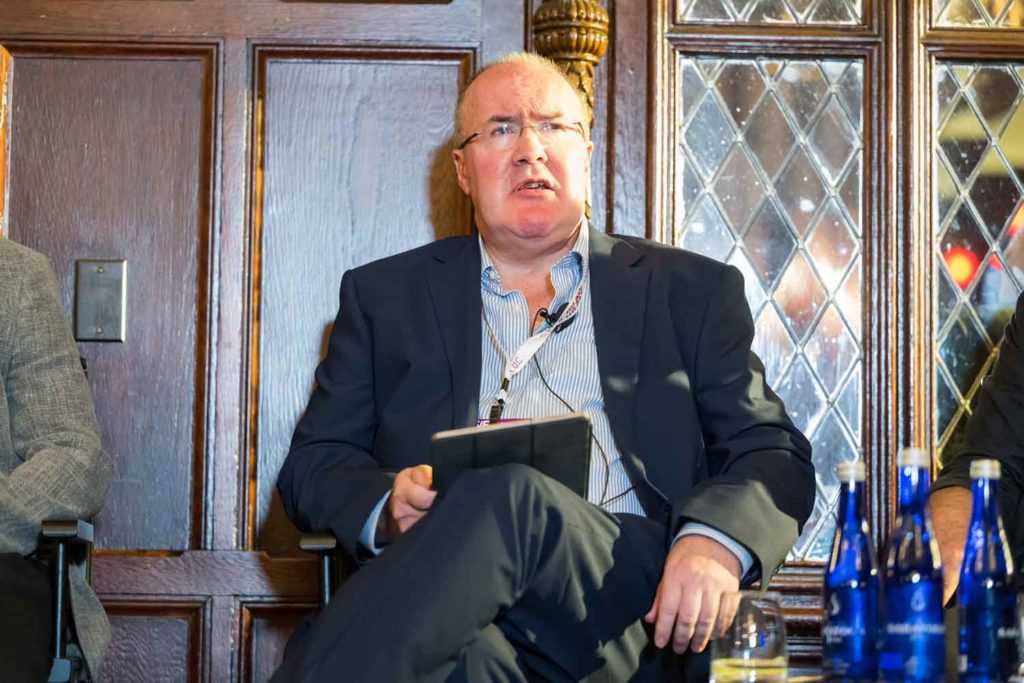 Clark observed that the threat of prohibition has never gone away. The temperance lobby from the start of the 20th century, he said, has simply reappeared under the guise of public health and devised a new strategy—creeping prohibition. As examples, Clark cited public smoking bans, which in some jurisdictions have expanded to include outdoor areas and even social housing, preventing people from smoking in their own homes. Britain’s ban on menthol cigarettes, he observed, has outlawed a product category that accounted for 20 percent of the domestic market.

Meanwhile, England, Scotland, Wales and Ireland have all set dates by which they want their countries to be “smoke-free,” by which they mean less than 5 percent of adults smoking. According to Clark, those targets can be achieved only by further and excessive regulation. He was particularly disturbed by Philip Morris’ call on the U.K. government to ban the sale of cigarettes by 2030—a step that could very well backfire, according to Clark. “The day will surely come when alternative nicotine products, including e-cigarettes, will also be targeted for prohibition—as indeed they already are in some parts of the world,” he said. 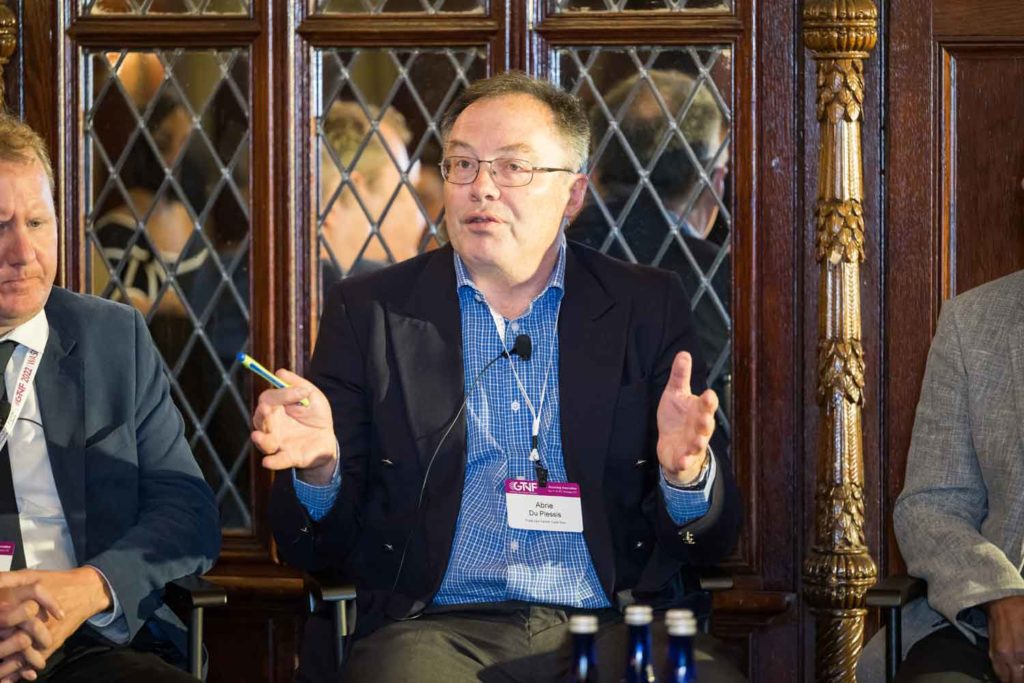 In recent years, prohibition has also been deployed under the guise of Covid prevention. Snowdon pointed out that, in 2020, one in five people lived in a country where you could not buy tobacco or e-cigarettes—mainly as a result of India’s temporary sales ban. But the most striking recent illustration of the risks associated with prohibition comes from South Africa.

After the World Health Organization declared Covid-19 a public health emergency in March 2020, South Africa quickly banned sales of alcohol, tobacco and e-cigarettes to help slow the spread of the virus. According to du Plessis, the minister in charge acted rationally based on the information available at the time. She feared that smokers sharing cigarettes would accelerate transfer of the disease and that smoking would exacerbate the symptoms of Covid, resulting in an overload of hospitals. Unfortunately, when evidence for her assumptions failed to emerge and the cigarette market moved underground, she failed to adjust her strategy.

The University of Cape Town Research Unit on the Economics of Excisable Products found that within a short period after the start of the ban, 100 percent of South African tobacco users were able to find tobacco in the illicit market, albeit at heavily inflated prices. This meant that none of the outcomes the minister sought were possible anymore; the measure could not serve as a break on Covid transmissions because, unlike the treasury, the virus does not distinguish between licit and illicit cigarettes.

The tobacco industry challenged the ban and the case went all the way to the Supreme Court, which ruled the measure was unconstitutional. Because the illicit market had completely replaced the licit market, the ban had no impact, the judges noted, so denying legal operators the right to sell tobacco was senseless.

South Africa lifted its tobacco ban on Aug. 17, 2020, but its negative impact endures. To maintain their market share, illicit traders started selling their products below the minimum collectable tax level after prohibition ended. Today, one in four cigarettes in South Africa are sold below the excise and VAT level combined while the share of the illicit market remains higher than that of the licit market. 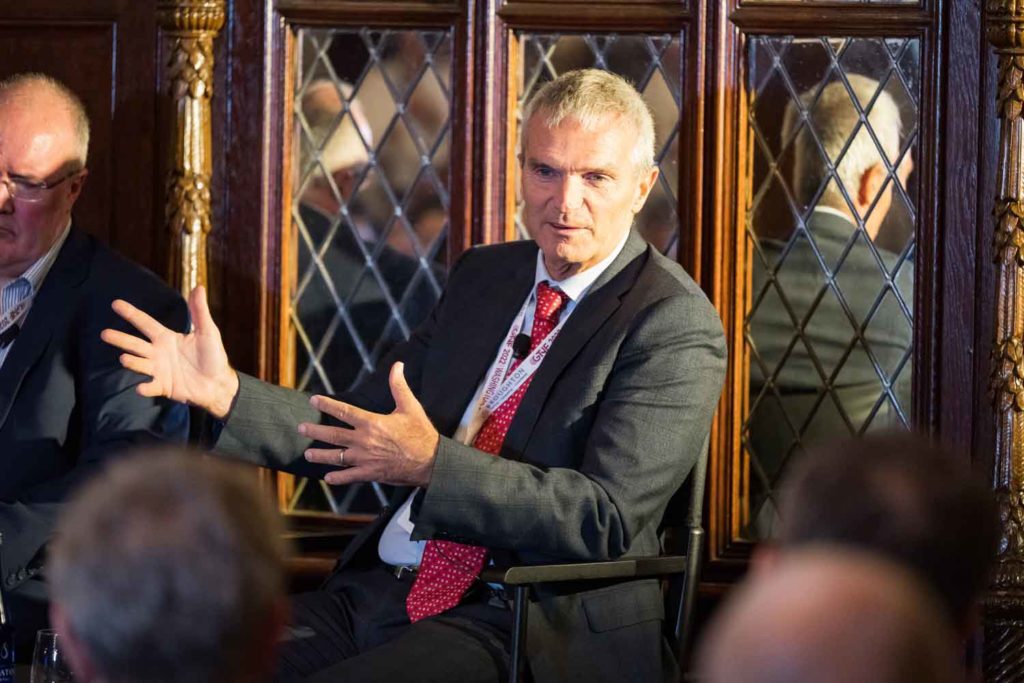 Despite such experiences, one GTNF panelist saw a role for prohibition under certain conditions. Polosa said he would favor a ban on traditional cigarettes providing there are alternatives in the form of combustion-free products. In a market still dominated by combustibles, however, he said such a move would be ill advised.

Clark said that tobacco harm reduction is best achieved by extending consumer choice and allowing companies to produce and market reduced-risk products (RRPs). “The onus is not only on government to adopt light-touch regulation policy on vaping and smokeless products; the industry can also help by developing better RRPs that appeal more to smokers,” he said, adding that many smokers don’t want to switch because they don’t like the currently available RRPs as much as they like smoking. “So instead of calling for a ban on cigarettes as Philip Morris has done in the U.K., the industry should fight prohibition and focus on improving e-cigarettes and other RRPs,” Clark said.

Letlape stressed that the key to tobacco harm reduction is education, empowerment and appropriate regulation based on science and evidence. “Prohibition should be prohibited,” he said, noting that the main party harmed by smoking is the smoker himself. Part of the challenge, according to Letlape, is that the “tobacco wars” of the past century have not been dealt with. Health advocates battered by that conflict hold on to a grudge and pass it on to new generations based on lack of information, he observed. “How do we break the chain? By saying, ‘we don’t have to reconcile—we don’t have to love each other—but we must sit around the table and talk about these issues.’ Anywhere you want to reduce harm, you got to get all parties around the table.” 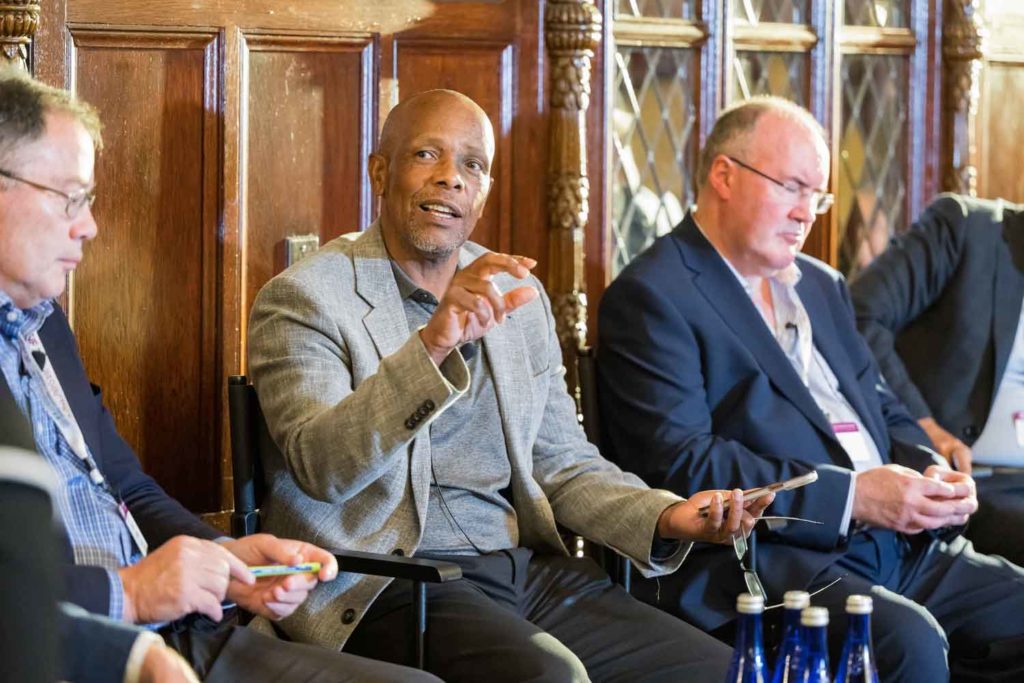 Asked what role prohibition might play during next year’s Conference of the Parties to the Framework Convention for Tobacco Control (FCTC), du Plessis reminded his audience that, while currently dormant, the concept of prohibition is present in the FCTC preparatory documents. When the FCTC was negotiated, the smoking rate was so high that the parties considered a ban inappropriate. Yet if prevalence is reduced to a certain level, the FCTC may very well again look at the feasibility of prohibition. Pursuing an endgame, however, requires getting the illicit market under control, according to du Plessis, because the FCTC measures were designed for a controlled environment. “You can’t do tobacco control unless you control tobacco,” he said.

Okereke then invited the panelists to speculate on which countries would attempt to ban tobacco next. Snowdon expected it to be a place with an authoritarian leader—“any of the countries with names ending in ‘stan,’” he ventured—or perhaps North Korea “if President Kim Jong-un gives up smoking and becomes a classic ex-smoker.” Other candidates were countries with histories of temperance movements and already low smoking rates: the Scandinavian nations, Australia and New Zealand, along with, remarkably, the country with arguably the most traumatic prohibition experience, the United States, if it moves forward with its nicotine-reduction plan. 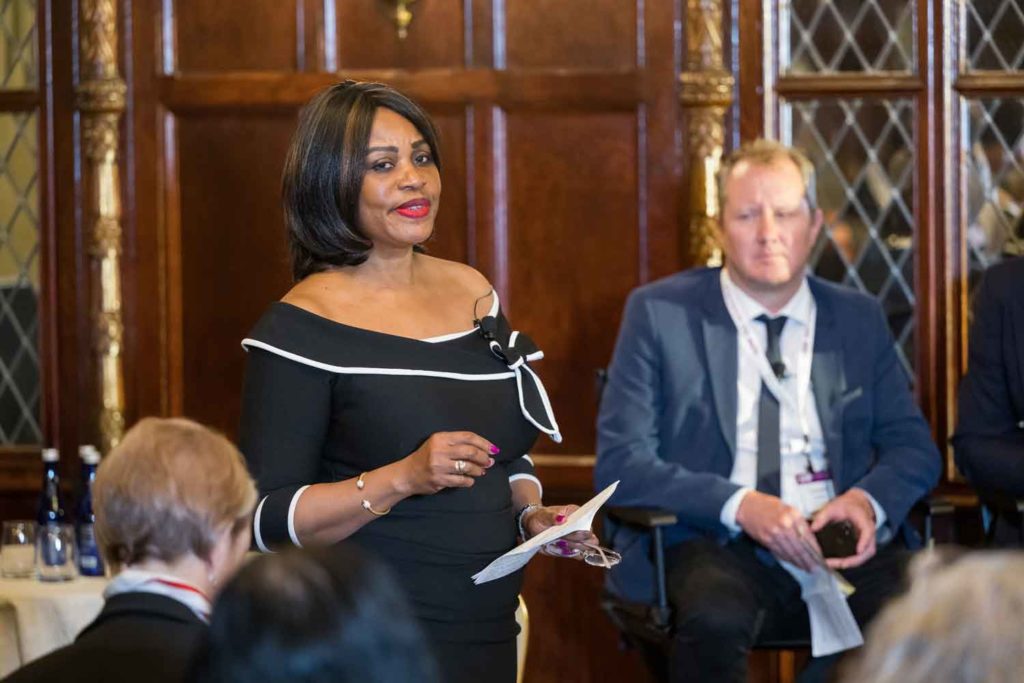 In a post-panel interview, Okereke identified three lessons from the history of prohibition: First, she said, policymaking must be context specific. “There is no one-size-fits-all approach to tobacco control policies,” she said. “What is right in the Pacific will not necessarily be right in South Africa or Singapore or Malaysia. And if the preconditions are wrong for a policy—such as high levels of illicit trade—there can be serious and irreversible consequences for society.”

Second, policymaking must be evidence-based and science-based. “Policy experimentation is prone to failure, can violate international law and can create unintended consequences that can create costs for society that vastly outweigh the benefits of a proposed policy,” said Okereke, adding that policies should be based on what has worked historically, subject to impact and cost-benefit analysis, and must take into account science about the behaviors of people and the relative risks of products. “Believe it or not, these first two points hew very closely to what the WHO itself has said about extreme tobacco control policies,” said Okereke. “They must be context specific, and they must be based on evidence.”

Finally, Okereke noted, the world has a better chance of changing through choice. “We should strive for promotion and not prohibition,” she said. “We will more quickly and effectively move consumers away from more harmful forms of tobacco by providing appealing, affordable and well-regulated access to reduced-harm products versus pouring our energy and resources into prohibition and at the same time criminalizing a whole segment of society that uses nicotine and tobacco.”