In the last couple of years, I’ve written several articles for Tobacco Reporter on how the U.S. Food and Drug Administration thinks about science. Trying to get a novel nicotine product authorized by the Center for Tobacco Products (CTP)? Tell a story about why your particular vape, pouch or gum, is appropriate for the protection of public health, illustrated by data.

That’s how the system is supposed to work. FDA staff make decisions based on what the science says about the relative health risks and benefits of a novel nicotine product. The CTP’s website states: “Our ability to enact science-based regulation has the true potential to reduce the death and disease toll from tobacco products.”

But evidence suggests that stronger forces have shoved science out of the driver’s seat. Recently released memos from the CTP’s Office of Science show that subjective factors drove the decision to deny a marketing authorization for a flavored vaping product. JTI’s Logic brand was teed up as the first menthol-flavored electronic nicotine-delivery system (ENDS) likely to complete the premarket tobacco product application review process. After CTP leadership changed last summer, the emphasis shifted from how menthol vapes might help adults quit smoking, to the purported risks that any flavored ENDS product (including menthol) posed to youth. Prominent politicians have openly pressured the CTP to eliminate flavored vaping products.

In 2019, a CTP toxicologist filed a complaint that the organization had changed its review process from a “fully quantitative review to a more qualitative one,” according to a report on the Government Executive website. CTP researchers were found to have been retaliated against for raising concerns and disagreeing with interpretations of science.

Disagreements about research findings ought to be dispassionate and evidence based. But in tobacco harm reduction, debates about “the science” are often mere veneers over deeper disputes. Trying to make sense of divergent perspectives on e-cigarettes, researchers from the University of Toronto and the University of Cambridge recently interviewed 21 experts on tobacco and harm reduction. They concluded, “The majority of meanings attached to tobacco harm reduction were rooted in values, ideology, politics and opinions rather than straightforward disagreements about the scientific evidence.”

Some industry commenters found the Reagan-Udall Foundation’s much-anticipated operational evaluation of the CTP to be a damp firecracker. Their report does correctly note that “some issues before CTP are fundamental policy questions that must be informed by science but are not, themselves, scientific issues. Rather, they are policy issues with profound societal impacts.”

Before we can talk about the science, we need to acknowledge the values-laden differences in meaning that make logical, civil discourse about nicotine products so difficult. It would take a book to cover it all, but here are a few of the stumbling blocks.

The Legacy of “Light”

In 2009, Mitch Zeller (future director of the CTP), Dorothy Hatsukami and colleagues laid out a vision and blueprint to guide tobacco control efforts. It focused on harm reduction, defined as “strategies that would reduce morbidity and mortality … from continued use of tobacco or other nicotine-containing products.” It noted the now-famous continuum of risk—with smoking far more hazardous than noncombustible nicotine sources—and cautiously acknowledged a role for “potential reduced exposure products,” between cigarettes and nicotine-replacement therapies.

But the article also made clear that all novel reduced-harm products are burdened with the legacy of past industry deception: “The major concern held by some public health experts is that these new products may be nothing more than a more scientifically sophisticated version of the ‘light’ cigarette.” As tested by smoking machines, such products appeared lower risk; as used by humans, they were not. In the authors’ view, naive public health officials were duped by industry into promoting light cigarettes to health-conscious smokers.

Fear of repeating the experience of “light” cigarettes, where claimed reduced exposure to toxins did not lead to reduced disease or death, shaped the Tobacco Control Act of 2009. A well-intended effort to prevent future deceptive advertising now blocks another stated goal of Zeller and colleagues: to “educate the public accurately on the precise risks of different [nicotine] products.” 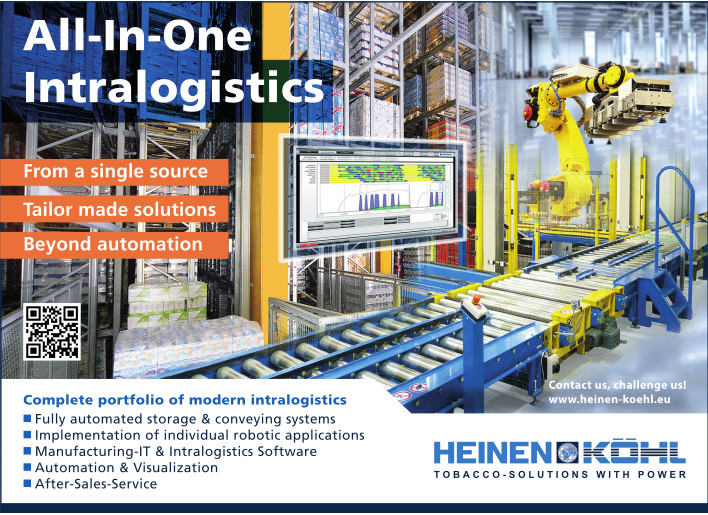 Before moving full-time into harm reduction, I studied the potential effects of violent video game content on youth. I learned how important shared, clear definitions are to research. In that case, the biggest problem was defining “aggression.” To some researchers in the field, arguing or play-fighting were equivalent to attacks with intent to harm. A study about time spent virtually running amok has very different implications if the consequences are teasing versus criminal assault.

Nicotine research has similar problems with definitions, often also involving youth. For example, anti-tobacco organizations, such as the Campaign for Tobacco-Free Kids, have long worried that “kid-friendly flavors” might attract teens to experiment with vaping.

What constitutes a “kid-friendly flavor”? As Clive Bates has pointed out, as of 2017, this label was attached to candy store or ice cream shop ENDS flavors, or silly ones like “Unicorn Puke.” Removing them from the market would still leave many options for adults who smoked. But today, by definition, all ENDS flavors—other than “tobacco,” and including menthol—attract kids. This is a classic case of moving the goalposts to achieve a win. (The use of “kids” to represent adolescents is a separate debate.)

In a recent interview, author Malcolm Gladwell defined bad science as “science committed by people who think they know the answer before they start.”

Assumptions about vaping’s harm to youth have an increasingly tenuous relationship to science. Objections used to be automatically couched, as in this 2020 article, as a concern that these new nicotine users “may become addicted to vaping, which may lead to smoking.”

Has the availability of vaping coincided with a youth smoking increase? Look at the newly released results from Monitoring the Future, an ongoing national study of U.S. youth substance use. Among 12th grade students, who are typically aged 17–18, any reported nicotine use other than vaping showed a “quite dramatic” decrease, from 21 percent in 2017 to 8 percent in 2022. (Vaping and marijuana use have also dropped, and stayed down.)

By contrast, past-year alcohol use by 12th graders is up, at 52 percent. Documented youth appeal of “alcopop” flavors receives little attention. Interestingly, a Google Scholar search for recent papers on “flavored alcohol youth” brings up more articles on e-cigarette flavors than on alcohol products.

Data suggesting that the gateway from vaping to smoking may be imaginary does not make it less real in the minds of believers. The Campaign for Tobacco Free Kids’ website still describes a vaping epidemic and “serious health risks to the health of young people.” Their list of risks consists of the possibility that nicotine “can harm … parts of the brain responsible for attention, memory and learning,” the risk of nicotine addiction and the increased risk of smoking or “future addiction to other drugs.”

On one hand, we see declining nicotine use and limited real-world evidence of specific health harms to youth. On the other, we see hundreds of thousands of dead adult smokers every year. It’s hard to understand how U.S. regulators consistently weight the former more heavily than the latter. The Reagan-Udall report singled out this balance (on page 15) as one that “scientific analysis alone will not resolve.” 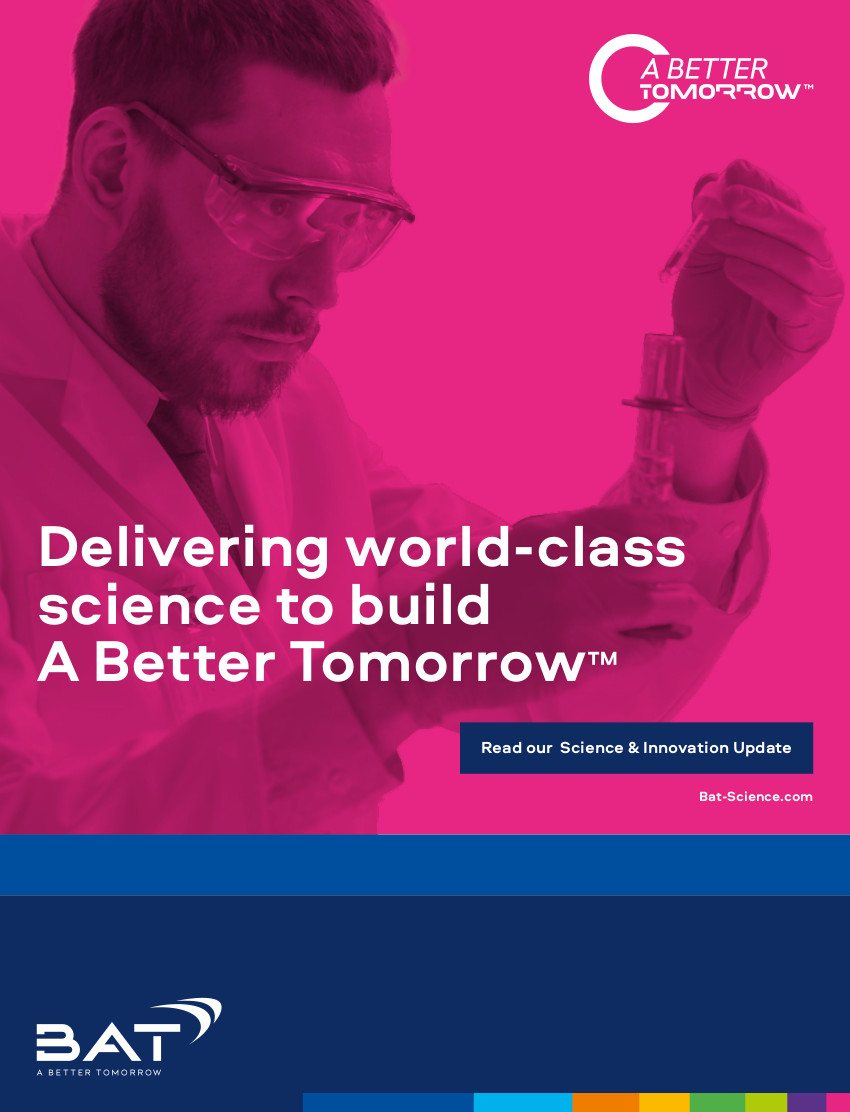 Finally, we come to the ultimate policy controversy that research can inform but not solve: Is the goal to end all nicotine use (and addiction)? Or, is the goal to reduce tobacco-linked death and disease? Whether the latter goal is your endgame, or just step one of two, all sides ought to be able to work toward it together.

Dismissing data that doesn’t fit a desired narrative has consequences for public health. As eight respected U.K. experts wrote in response to repudiations of tobacco harm reduction: “The pursuit of arguments that vaping cannot help people to quit smoking, in the face of clear evidence that it does, risks undermining public trust in science.”

It’s time to rethink our assumptions and take a fresh look at patterns of evidence. One pattern we observe, exemplified by Karl Fagerstrom’s new country-by-country analysis, is that more use of reduced-risk noncombustible tobacco is linked to less smoking. Let’s start a discussion about how to rapidly put attractive, lower risk nicotine products in the hands of people who smoke.

Cheryl K. Olson is a California-based public health researcher who specializes in behavioral health issues and consults on tobacco product behaviors via McKinney Regulatory Science Advisors. She spent 15 years on the faculty of Harvard Medical School.